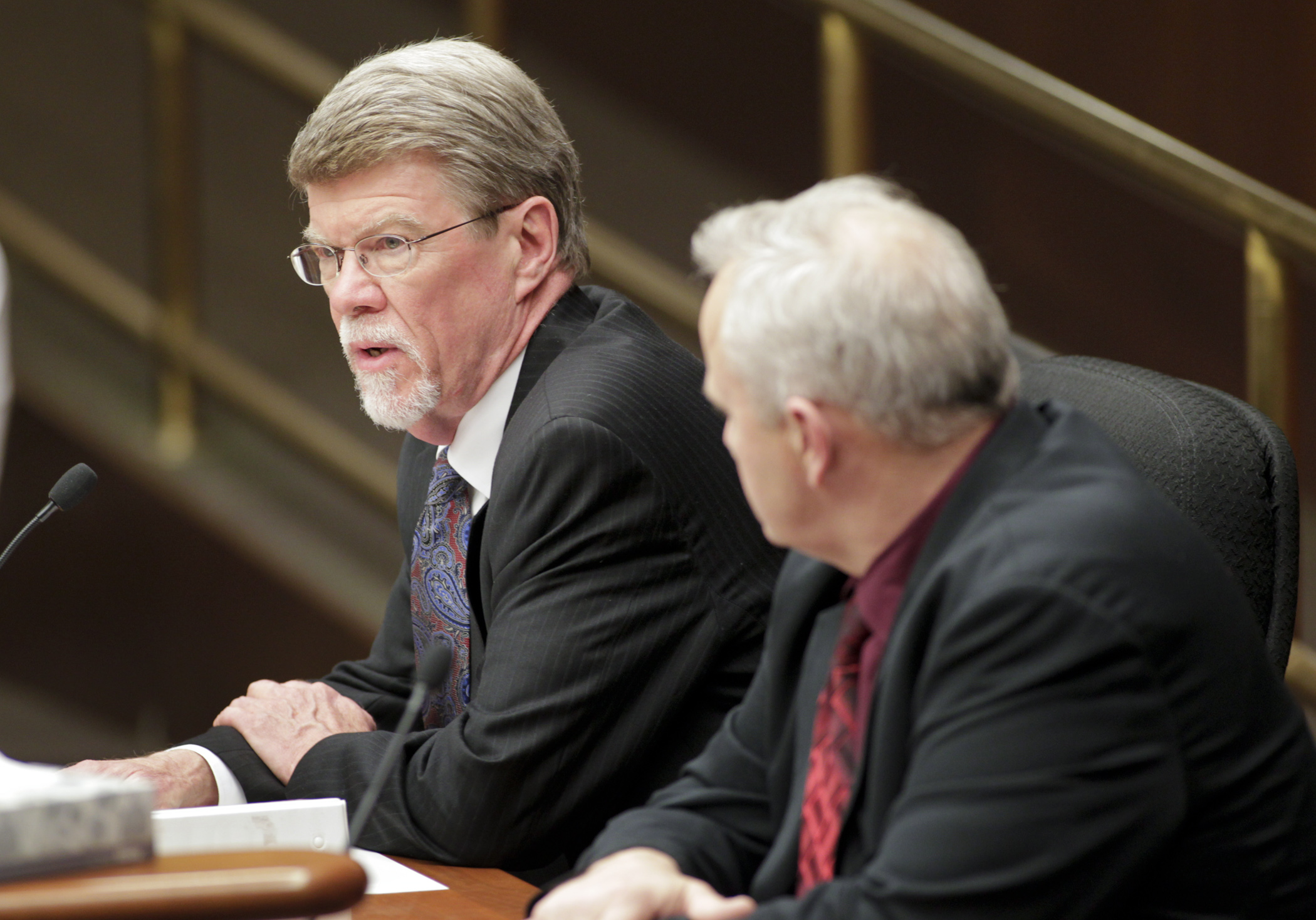 He oversaw literally hundreds of investigations over his time, from police abuses of power to child care fraud to mistreatment of the mentally ill. It often took his office months to complete its work, issuing reports that were incredibly detailed and sometimes damning.

The job made him new friends and enemies with each report, but even so, Nobles managed to be widely respected by members of both parties, who appointed him six times.

He credits his success in part to his southern roots — Hot Springs, Arkansas — which instilled a sense of deference and respect for authority that allowed him to be cordial as well as fierce.

Growing up in the South — during segregation and the civil rights movement — is also what motivated him to work in government.

Nobles went to Minnesota for graduate school to study at the University of Minnesota’s newly formed School of Public Policy, which was founded as part of a national push to bring academic rigor to creating and evaluating government programs.

Here are three cases he highlighted from his career:

The Metro Gang Strike Force was a special unit made up of law enforcement officers from departments across the Twin Cities metro with the mission of investigating gangs and drug dealers.

It was created in 2005 but was already incredibly corrupt by the time Nobles’ office investigated the unit just a few years later, in 2009.

“They would use their authority to go in, do a drug bust, (and) confiscate money, watches, TVs, stereos, drugs and not always being able to account for where it went,” Nobles said. “We had a hard time tracking down the cars because many of the cars were being used by the Metro Gang Strike Force.”

Many people who had their property confiscated weren’t even involved in gangs or the drug trade. They just happened to be living near someone suspected of criminal activity.

“If anybody lived in that vicinity of that drug house, they would probably get their car confiscated or they would be harassed,” Nobles said. “I remember telling that to (an) FBI agent … who just said, ‘You cannot do that in the United States of America.’”

Despite the unit’s many raids, there were few prosecutions, meaning it failed to fulfill its original purpose.

Following Nobles’ report, the unit was permanently shut down. The involved agencies paid out $3 million to 96 victims.

In 2018, FOX9 aired an investigation reporting that people were fraudulently claiming $100 million in state funds for child care each year and sending it to terrorist groups in Somalia in suitcases full of cash.

Those details — $100 million, al Shabab, rampant child care fraud  — were quickly picked up and repeated by some lawmakers, but after investigating the allegations, Nobles couldn’t substantiate many of them.

“They had a whistleblower … we put him under oath. He had virtually no evidence at all,” Nobles said. “So his $100 million was based on a lot of assumptions, conjecture, leaps of logic that had no basis at all.”

There was some fraud in the child care program — about $6 million over several years.

There was also no evidence the money was intentionally funneled to terrorist groups, although it’s possible money was stolen from the intended recipients.

“Well, whose fault is that? Who is committing the crime?” Nobles said.

The report was not fully accepted by people convinced there was more fraud and it was criticized by some Somali Americans who felt the report painted their entire community in a bad light.

“Nobody was satisfied with what we did,” Nobles said. “But we did the best we could. We laid out the facts as we found them.”

The death of Dan Markingson

Nobles says his investigation into the University of Minnesota’s unethical treatment of Dan Markingson was the most important one of his career.

Markingson was a young man from Minnesota who enrolled in an experimental drug trial over his mother’s objections after being hospitalized for severe psychotic episodes.

The researchers kept him in the trial even after his mother repeatedly tried to have him removed from the study, saying he was in danger of killing himself.

He did kill himself several weeks later.

After his death, his mother sued to get records of his treatment. She lost the lawsuit, and then the University of Minnesota sued her for damages.

Nobles investigated after the case started getting national attention from journalists and medical ethicists.

“We were extremely critical of the way the trial was conducted,” Nobles said. “But mostly, we were really upset about the way the university had treated the case (and) its unwillingness to be transparent.”

The report, along with other investigations, led to major changes at the university.

“I think the ability to break down these walls that block accountability and transparency is why I value the office of the legislative auditor,” Nobles said. “We, by law, have the authority to do these investigations, to issue subpoenas, to interrogate people under oath. And sometimes we’re the only people who will do it.” 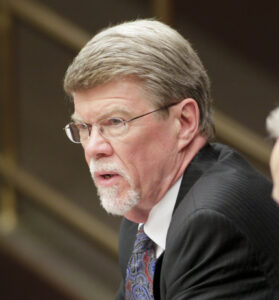 Jim Nobles served as Legislative Auditor, the state's nonpartisan watchdog, for 38 years. He retired in October 2021.