How Mary Moriarty would prosecute

As a public defender, Mary Moriarty spent her entire career trying to keep people out of prison. Now she’s running to be Hennepin County attorney and looking to transform an agency she spent decades fighting against.

“Even the best public defender is still confined by the framework created by the prosecutor,” Moriarty said. “Because prosecutors have the power — complete power — to decide whether to charge someone, what to charge them with, whether to ask for bail. They often make the decision about whether somebody goes to prison or not.”

Moriarty was ousted as Hennepin County’s chief public defender last year over allegations she shared offensive social media posts and created a fearful work environment. Moriarty and her allies — including Attorney General Keith Ellison — charge she was targeted for her racial justice advocacy, and she was awarded a $300,000 settlement.

If Moriarty wins, Minneapolis and its suburbs would follow cities like San Francisco and Philadelphia in electing defense attorneys who promise to remake the prosecutor’s office — replacing a tough-on-crime agenda with criminal justice reform.

“There’s never been a better opportunity for change in my 31-year career,” Moriarty said.

Here are three takeaways from the interview:

Prosecutors would focus more on alternatives to prison

Moriarty says there’s a culture in the prosecutor’s office of overcharging cases, which clogs up the system because people wait to go to trial in hopes of getting a better deal.

“Charge what it is. The idea shouldn’t be to get the longest sentence in every case,” Moriarty said. “And if you have an offer of some kind, make it early on … so people can move on with their lives.”

Moriarty said under her leadership the county attorney’s office would also put more focus on alternatives to prison — like addiction treatment — that she says are shown to have lower recidivism rates.

“What you have to look at is what advances public safety, and what I know is what we’re doing now does not,” Moriarty said.

The county attorney would play nice with the public defender

Moriarty said the county attorney has a pattern of not handing over relevant material that could help people defend themselves — called Brady material.

“If the prosecutor has information that might be favorable to the defense, they have to hand it over,” Moriarty said. “And we had repeated problems with the county attorney’s office getting what we call Brady material.”

That could include police disciplinary records, information about a witness’s credibility or their motivations in being a witness.

A recent Reformer story revealed the Hennepin County Attorney’s Office didn’t share disciplinary records of two officers involved in beating and arresting Jaleel Stallings, who was charged and acquitted of attempted murder and seven other crimes.

Moriarty said if she were elected, her office would also collaborate with efforts to review previous convictions in cases where someone may have been wrongfully convicted or sentenced to a particularly long time in prison.

“I do believe that there are cases where the county attorney’s office relied on identification by people who were offered incentives,” Moriarty said. “So I certainly think there are cases like that that are worth taking a look at again.”

The Hennepin County Attorney’s Office doesn’t have control over police departments or police conduct except in making decisions to charge officers with crimes. But Moriarty says prosecutors have a role to play in police reform.

For example, if a prosecutor sees unethical or illegal behavior by a police officer on bodycam footage, they can bring it to the attention of the police chief.

“The people who see the most bodycam are public defenders and prosecutors,” Moriarty said. “Even police chiefs with really good intentions aren’t going to be able to accomplish reforms themselves because they often don’t see what happens on a daily basis.”

That marks a significant shift, since prosecutors and police work closely together.

In Minnesota, county attorneys decide whether to bring charges against police officers who kill in the line of duty in their districts. Because prosecutors work closely with police, they have faced criticism of bias when they don’t charge or under charge police officers accused of misconduct.

In June 2020, prosecutors for Hennepin, Ramsey, Anoka, Dakota and Washington counties agreed to refer cases in their district to another prosecutor to avoid a conflict of interest.

Moriarty said she would pull out of that agreement.

“Nobody in Hennepin County elected the Dakota County attorney to make that decision so there’s no accountability there,” Moriarty said. 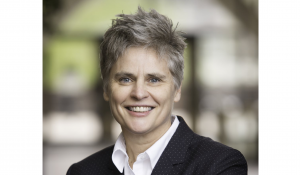 Mary Moriarty worked as a public defender for 31 years, the last six of which she served as Hennepin County's Chief Public Defender. After retiring from the post in 2021, she announced her bid to become Hennepin County Attorney.