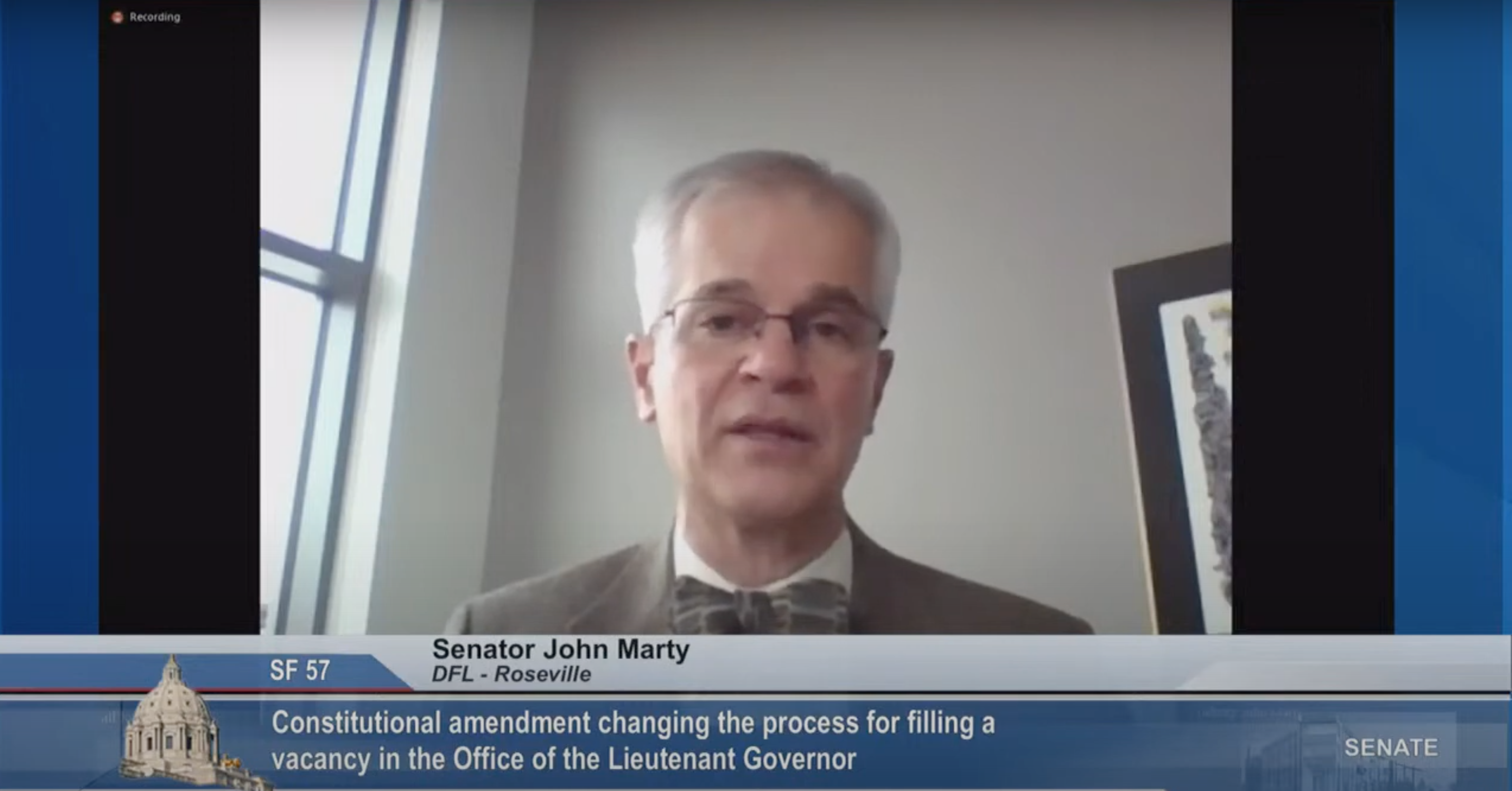 Currently, a vacancy in that office is filled by the Senate president, which occurred in late 2017 when former Gov. Mark Dayton appointed former Lt. Gov. Tina Smith to the U.S. Senate.

The appointment created constitutional ambiguity when a GOP then-Sen. Michelle Fischbach elevated to the role but chose to serve in both offices before eventually stepping down from the Minnesota Senate. Senate Republicans cited a memo from the body’s nonpartisan counsel which said Fischbach serving in both offices was legal, citing an 1898 Minnesota Supreme Court decision.

The Minnesota attorney general at the time, Democrat Lori Swanson, disagreed, issuing an advisory opinion that cited other case law.

Despite a lawsuit, the constitutional question was never resolved. Fischbach is now the congresswoman for Minnesota’s 7th District.

State Sen. John Marty, DFL-Roseville, said the current process has the potential to disrupt how the Senate operates. “It leads to political game playing,” he said.

Most recently, the prospect of U.S. Sen. Amy Klobuchar joining President Joe Biden’s administration led the GOP-led Senate to appoint a DFL state senator to serve as Senate president, the first time a member of the opposing majority party served in the role.

Senate Republicans said they did so to protect their narrow majority, fearful Gov. Tim Walz would appoint Lt. Gov. Peggy Flanagan to fill Klobuchar’s seat, elevating state Sen. Jeremy Miller, R-Winona, to Flanagan’s seat. That in turn would have led to a special election in Miller’s district.

Marty’s legislation did not advance, but state Sen. Mary Kiffmeyer, R-Big Lake, and other Republicans said the discussion was necessary.