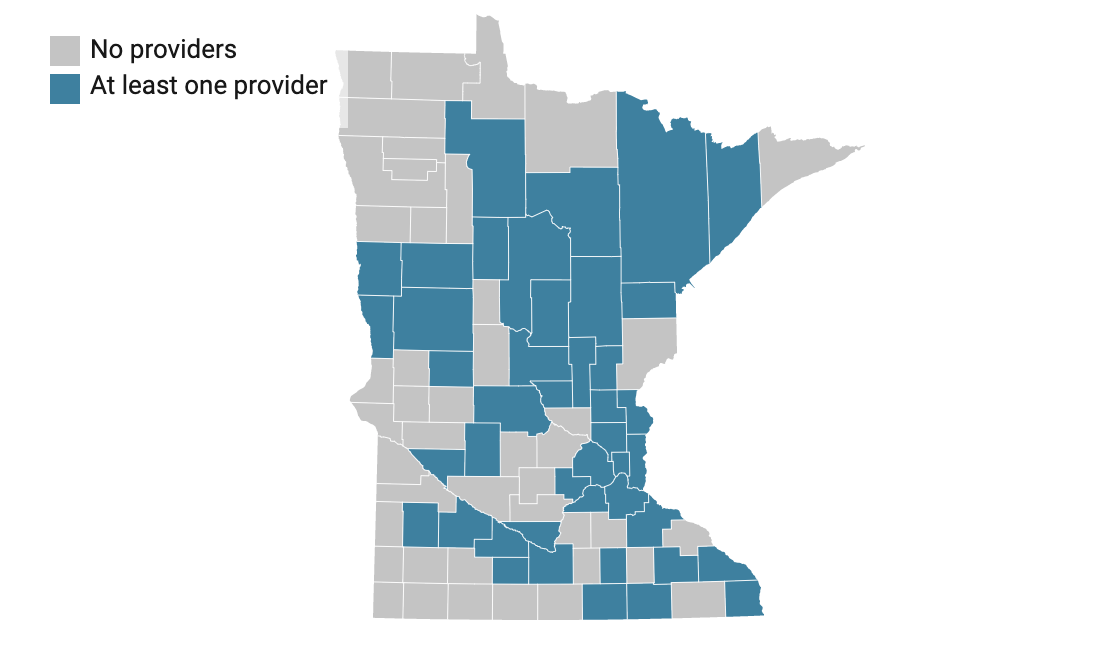 Opioid addiction treatment remains out of reach for many Minnesotans.

In 43 of Minnesota’s 87 counties, there are no doctors who can prescribe a drug proven to be safe and effective in treating opioid addiction, according to 2018 data from the U.S. Department of Health and Human Services. To prescribe buprenorphine, doctors are required under federal law to get a waiver from the federal government.

People who use drugs like buprenorphine and methadone, another treatment for opioid addiction, are more likely to stay in treatment and less likely to overdose, studies show.

Lack of access to treatment remains a major obstacle across the United States. More than half the counties hit the hardest by the opioid epidemic have no access to buprenorphine treatment, according to a recent report by the Department of Health and Human Services.

In Minnesota, opioid overdose deaths peaked at a total of 422 in 2017, then dropped roughly 22% to 331 the following year, according to preliminary 2018 data from the Department of Health. Experts say treatment access, racial disparities and a recent rise in overdose deaths involving multiple drugs pose challenges to curbing the overall crisis.

Explore the map to see which Minnesota counties don’t have access to a doctor licensed to prescribe buprenorphine.

Correction: The map in an earlier version of this story misstated the number of providers in some counties.