Attorney Eric Nelson wrote that the jury and prosecutors committed misconduct and the judge abused his discretion, saying the jury “committed misconduct, felt threatened or intimidated, felt race-based pressure during the proceedings, and/or failed to adhere to instructions during deliberations, in violation of Mr. Chauvin’s constitutional rights to due process and a fair trial.”

He also asked Hennepin County District Judge Peter Cahill to give him more time to work through all the issues he raised.

The only juror who has gone public since Chauvin was convicted of two counts of murder and one count of manslaughter for killing George Floyd, Brandon Mitchell, has been the subject of scrutiny since then for attending an August event in Washington, D.C., called the Get Your Knee Off Our Necks Commitment March. The march was held to honor the 57th anniversary of the Rev. Martin Luther King Jr.’s “I Have a Dream” speech, and featured members of Floyd’s family.

A photo recently surfaced after being posted on social media by Mitchell’s uncle showing Mitchell at the event wearing a Black Lives Matter shirt that said “Get Your Knee Off Our Necks.”

When asked about the questionnaire Tuesday, Mitchell said he’s not sure exactly how he answered the questions, but said it’s “it’s rather simple” that he would have answered “no” to the first question about attending local protests, and regarding the D.C. protest, he said he attended to commemorate King.

He said it’s possible he got or was given the shirt at the protest, saying “I had tons of random stuff from being in D.C. during that time.”

Former Chief Hennepin County Public Defender Mary Moriarty said if Cahill grants Nelson’s request for a Schwartz hearing — where a judge questions jurors to determine if there was juror misconduct — Cahill would question jurors. Nelson may seek to have him question Mitchell about his answers to see if he was intentionally untruthful, but Moriarty said Nelson will have to get more specific, because the judge is not going to haul in all the jurors for questioning.

“Ultimately the question was, is he trying to hide who he is and I don’t think we can say that at all,” Moriarty said.

The next question on the questionnaire after the second protest question asked their opinion of Black Lives Matter, she noted, to which Mitchell said he had a “very favorable” view, which he reiterated when Nelson asked him about it during jury selection. Mitchell had varying views on racial discrimination and policing, saying he’d never seen the full viral video of Floyd’s death and had a neutral view of both Floyd and Chauvin. He said during jury selection he didn’t believe Chauvin set out to murder anyone, but didn’t understand why the other officers didn’t step in.

He also said he once saw police mace and body slam a kid for not obeying an order quickly enough, but also knows cops from his gym who are “great guys” and has a relative who works as a corrections officer at a juvenile detention center. Mitchell spoke at length about the jury’s deliberations during multiple interviews.

The judge could declare a mistrial if he finds misconduct, although Moriarty said “I don’t see him doing that,” saying judges don’t like to get into jury deliberations.

Moriarty said the fact that Mitchell participated in the D.C. march doesn’t make a lot of difference to her, saying the event highlighted “all these issues that we know plague Black communities” and said Nelson could have asked Mitchell more questions about protests during voir dire.

In order to make Mitchell a part of an appeal of the verdict after Chauvin is sentenced, Nelson has to make it part of the record for the Court of Appeals to consider, Moriarty said.

Nelson’s motions also reiterated issues he raised during the trial, seeking a mistrial, largely centering around his contention that there was so much publicity surrounding the trial that it was impossible for Chauvin to get a fair trial. He alleged the judge should’ve moved the trial, sequestered the jury throughout the whole trial and ordered Floyd’s car passenger Morries Hall to testify.

He also said the jury was not insulated from publicity about intimidation of one of his expert witnesses, writing that “Not only did such acts escalate the potential for prejudice in these proceedings, they may result in a far-reaching chilling effect on defendants’ ability to procure expert witness — especially in high-profile cases, such as those of Mr. Chauvin’s codefendants — to testify on their behalf.”

He is likely referring to a pig’s head being placed at the former California home of Nelson’s expert witness Barry Brodd one week after he testified that Chauvin’s actions were consistent with police training.

Nelson argued the cumulative effect of all these issues deprived Chauvin of a fair trial. John Stiles, deputy chief of staff for the Minnesota attorney general’s office, said the judge has already rejected many of Nelson’s arguments and the state will “vigorously oppose them.”

Nelson did not respond to a request for comment. 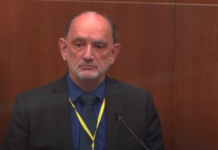 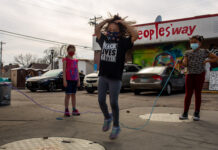 by Deena Winter, Minnesota Reformer
May 5, 2021