We tend to condemn what we don’t understand. When things go wrong, we look for someone or something to blame. It’s always easier to point an accusing finger outward than it is to look in the mirror and examine our own role in what went wrong. (Note to self: The potato chips aren’t to blame after I eat the entire bag.)

Such are our complicated feelings about government. A year of living with responding to a global pandemic has put debates about the role of government on steroids. It’s also highlighted the stark ideological differences held by Minnesota and the nation’s governing parties. In oversimplified terms the difference can be summed up thusly: Those on the right (generally Republicans) want to reduce the scope and reach of government. Those on the left (generally Democrats) want to expand it.

But that highly reductive frame ignores the fact that “government” does not consist only of elected officials that pass the laws. It also includes the thousands of civil servants working at the agencies responsible for implementing and administering the laws.

The simplified ideological narratives also ignore the delicate, sometimes impossible dance that workers must do in order to implement and administer the laws enacted by legislators. At times the contradictions can make the work of effectively running government almost impossible. (For purposes of this piece, I’m talking about state government, although much of it applies to the feds, as well).

A few years ago, after more than a decade of complaints that Minnesota’s complex system for licensing teachers was contributing to a teacher shortage and creating a barrier to attracting and retaining Indigeneous and teachers of color, the Legislature enacted a dramatic overhaul. It abolished the Board of Teaching and created a new entity called the Professional Educators Licensing and Standards Board (PELSB), charged with overseeing a new tiered system of credentialing teachers. At the time, advocates and supporters called it an “innovative” reform that would strengthen and diversify Minnesota’s teaching corps.

Lost in the lead-up to what was touted as a transformative alternative to a troubled system was an audit report that pointed much of the responsibility for the problems directly back at the Legislature. The report called out dozens of legislative decisions that added to the confusion and complexity of Minnesota’s system. The incoherent, endless tinkering and fiddling made it nearly impossible for the Board of Teaching or the Department of Education to issue licences in a coherent way, much less make sense of the laws that they were charged with carrying out. The audit said the Legislature had created a system that was “confusing,” “blurred lines of responsibility and accountability,” and had made it difficult for the Board of Teaching, the Department of Education and teacher candidates to understand, let alone put to good use.

And that streamlined new system? A report issued last month shows Minnesota’s teaching corps is no more diverse than it was in 2017, nor is the shortage of teachers any less serious. And new bills to tinker and fiddle with the new system continue to be introduced every year, just the same as before the new system was created.

This isn’t an isolated example. State agencies are constantly caught in the crossfire of ideological wars based not on facts or evidence, but calculated to create political advantage. When false narratives about government waste or inefficiency prevail — or conversely how more government is the only answer to an entrenched problem —  it’s no surprise that a maze of contradictions is the result. Threats of budget cuts and staff reductions here — and dictates to create new bureaucracies over there. More regulation in some areas, far less in others. Added layers of complexity in the name of accountability that only serve to reduce transparency rather than enhance it.

Part of the cost of this incoherence is an overall reduction in the quality of service provided. Which in turn further erodes confidence in government. It’s a self-fulfilling prophecy: Government doesn’t work — just watch, we’ll show you.

Does responsibility for this mess rest with lawmakers who enact the laws or with the people who carry them out?

As a veteran public sector employee I will always fall on the side of the people toiling within our state agencies. I am an unabashed champion of the people in the Department of Human Services Division of Children and Families who administer nutrition and economic assistance programs so families can put food on the table. I am in awe of the professionals at the Department of Education working hand in hand with schools to create more opportunities for children. I hold immense gratitude to the epidemiologists at the Department of Health engaged in life-saving research in the race to crush a devastating virus. And for the Minnesota National Guard members who rush in when a community is devastated by a tornado or when the nation’s Capitol is threatened.

Having been around them for years, I can tell you with firsthand experience: Despite the increasingly difficult challenges they face, the people working in state government are creative, responsive and unfailingly service-minded. They labor under an institutional culture of risk aversion brought on by intense public scrutiny. They navigate layers of bureaucracy — not of their own making, but of the laws that direct their work. They deal with cynicism and frustration from a public increasingly conditioned to disrespect their work. They strive every day to make the unworkable work, make sense out of nonsense and turn puzzles into programs. They devote their professional lives to the idea that public service is noble, and that government is a force for good.

It’s probably too much to hope that the next time something goes wrong in state government, people will reserve judgement before condemning the entirety of the enterprise. The target is just too easy.

But before we accept as fact the castigation by politicians seizing on an opportunity to gain advantage, maybe we should pause to ask whether the very problems causing an erosion of trust in government are at least partially the result of laws passed by the people elected to steward the institutions of government. 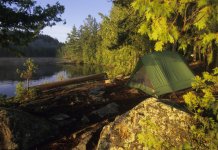