Advocates hope to reform veterans court: ‘Offering an olive branch to the veteran who’s brought his war home with him’

On a September morning in 2015, Tony Miller, a former paratrooper who served multiple tours in Iraq, was getting ready for school. He walked down the street to the gas station, grabbed a coffee and headed back to his house. Then Miller noticed some cars he didn’t recognize and heard someone call his name.

“And I looked to my right and there was a person — boom — right there with a gun to my head, and then a bunch of dudes jumped on top of me.”

“Hey man, I’m a veteran,” he said to the police. “Why are you treating me like this?”

The plainclothes officers put a handcuffed Miller into their car. Miller said they antagonized him, using homophobic slurs. The officers didn’t buckle Miller’s seatbelt; they accelerated and slammed on their brakes often so he’d smash into the window, according to Miller. They ransacked his house.

“In Iraq, we call that rat(expletive),” said Miller. He remembers begging the officers not to shoot his dogs.

The officers found just under 3 ounces of marijuana, just over the limit classifying his offense a felony. And because Miller also had a variety of weapons, they arrested and booked him into Hennepin County jail.

Miller spent five days in solitary confinement. Thanks to a special veterans court, though, Miller made it out.

In 2008, Minnesota became the second state to enact a statute giving sentencing guidance for combat trauma-related crimes. It doesn’t force judges to do anything but encourages them to explore alternative sentencing options, like drug treatment. The Legislature also allowed for the establishment of specialty veterans courts, which are like drug courts but for veterans.

By 2017, even as hundreds of veterans were entering the criminal justice system, a handful of veterans courts had popped up around Minnesota, which is home to more than 325,000 veterans. But many of the courts were floundering. When the Hennepin County veterans court was founded in 2010, they had 130 veterans actively participating. In 2017, they had 30. The Hennepin County Chief Public Defender pulled all public defenders from the courts because of the low participation. Veterans Brock Hunter and Ryan Else, whose law firm focuses on the defense of veterans, were worried that if something didn’t change, the courts would get shut down.

Now they’re continuing a years-long effort to lobby the Legislature, hoping a new, more robust law will give more veterans an opportunity like the one Miller had: To escape what for many veterans has become a pipeline from service to prison. The most recent data from the Bureau of Justice Statistics puts veterans at about 8% of all prison and jail populations in the U.S. As of March 1 in Minnesota, 5.6% of people in an adult correctional facility are veterans.

Hunter and Else say veterans courts need to standardize their sentencing guidelines across the state. Right now, a veteran in Anoka County and a veteran in Itasca County could get drastically different consequences and treatment plans even though they committed the same crime. The Veterans Restorative Justice Act seeks to unify veterans treatment court practices and give veterans with low-level offenses another shot. 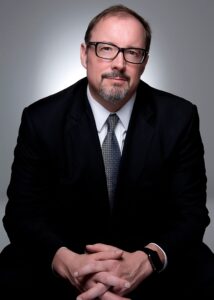 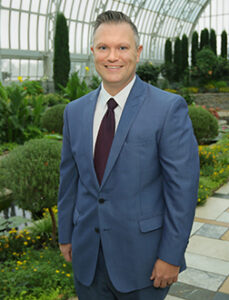 In 2019, the Hennepin County Attorney’s Office adopted the same policies the bill would enact if it passes, and participation increased, Else said.

Hunter, who has represented hundreds of veterans as a defense lawyer, said veterans courts offer an incentive that leads to more successful outcomes.

“There’s a carrot, not just the stick,” Hunter said. “It’s sort of offering an olive branch to the veteran who’s brought his war home with him and is at war with his own community.” The bill is supported by Violence Free Minnesota — a statewide domestic violence advocacy organization.

The bill has faced some skepticism from some Republicans, including Reps. Paul Novotny of Elk River, Brian Johnson of Cambridge and Peggy Scott of Andover, who say they are concerned that veterans treatment court offers a way to escape consequences for serious offenses. A veteran accused of domestic assault by strangulation could go to veterans court, for instance.

Rep. Sandra Feist, DFL-New Brighton, the lead author of the bill, said the process is extremely rigorous: “(Veterans) have to work much harder to graduate from a (treatment) program than they would to just accept a guilty plea and move on with their lives.”

According to the Legislative Budget Office, the bill would save taxpayers about $1.2 million, and Feist suspects far more future savings due to less recidivism.

The bill has stalled in the GOP-controlled Senate.

“We are concerned because the justice a veteran receives should not be dependent upon a county line,” AmVets Department Commander John Flores said in a letter to state Sen. Warren Limmer, the GOP chair of the Judiciary and Public Safety Finance and Policy Committee.

AmVets, the American Legion, Jewish War Veterans of the USA and other groups are asking Limmer to list his concerns by Easter and hoping they can make changes to help the bill pass after failed attempts in previous years. 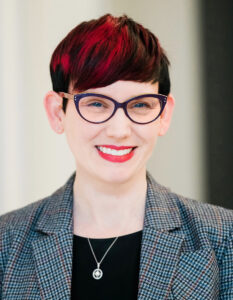 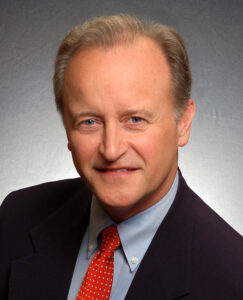 Experts say keeping veterans out of prison is better for both the veteran and the community.

“Incarceration can mean (people) are isolated; they’re disconnected from their loved ones and their support system,” said Rebecca Shlafer, professor of public health at the University of Minnesota. Incarceration can offer access to some resources like pharmaceuticals or a therapist. But, Shlafer added: “Health care in prisons and jails has been documented as less than high quality, and there are a lot of concerns about whether or not the quality of care is meeting the actual severity of needs of people inside.”

Those who have been through the courts and the mentors who helped them say treatment court is anything but easy.

Paul Evangelist is a U.S. Marine Corps veteran and mentor for the Anoka County Veterans Court. He’s seen veterans with post-traumatic stress disorder, traumatic brain injury and other mental health and personal issues come through the court, many of whom were lost and didn’t know what to do.

“(Mentors help veterans get to) some sort of a place where they know that they are taking responsibility for changing their lives as well as having to do the work to get that done,” Evangelist said.

These relationships often go beyond the courtroom and become lifelong connections between veterans, and they help support each other through the journey of overcoming trauma.

“I left (the military) in February 1970,” said Evangelist, 72. “(Coming back has been) an ongoing, continual struggle. I still have flashbacks and still have issues that I have to manage on a regular daily basis, to make sure that I’m responsible for my military experiences and the traumas that came along with that.”

During a House committee hearing, Lee Ulstred said he was not proud to say he went to veterans court.

“But it turned out to be one of the best things I’ve ever had happen,” he said.

Ulstred came back from Vietnam with PTSD and no resources available to help him recover. For years, he was terrified of nighttime, when the house went silent and his brain took him back to combat. Alcohol was a readily available sedative and led to a drunk driving arrest in 2012. Veterans court set him on a path toward recovery Ulstred said he would have never taken on his own.

“I noticed when we said the Pledge of Allegiance earlier, that one of the phrases is ‘and justice for all,’” said Ulstred in his testimony at a House hearing. “I’m hoping, and all the veterans that are watching this bill hope, that this will help veterans get justice.”

Not all veterans make it through treatment court; many fail when forced to reckon with their past trauma. Evangelist said he and his colleagues keep supporting those who try, though, because they wish they’d had help when they needed it.

And the risk of failure has risen as the country’s politics have become more polarized. As the number of combat veterans has exploded in the past two decades of semi-permanent wars in the Middle East, an increasing number of veterans have returned home to fragile social and economic safety nets, with some finding their way into extremist politics on both the left and right. The Jan. 6 riots at the U.S. Capitol didn’t just attract angry QAnon followers and Call of Duty addicts; many combat veterans were among the ranks that stormed the building.

Hunter, the veterans defense attorney, said he’s concerned whenever he hears about veterans involved in political extremism, given their training in lethality. “There’s just a different way they carry themselves,” he said. “They carry those weapons professionally.”

Political radicalization among veterans is becoming an increasingly prevalent problem, especially as veterans serve more and more deployments. Vietnam vets likely served one, maybe two deployments. Now, it’s not uncommon to hear about vets from Iraq and Afghanistan who’ve served anywhere from four to 14 deployments. Some come home isolated, without the resources to cope, and many are angry at the government — which makes them easy prey for extremist groups.

Shlafer, the U professor, said veterans will seek out social connection and community, which can lead them to find other veterans who are pursuing extremist politics.

Miller said superiors “brainwash you into executing a command … and most of the time those commands are violent commands and violence is good.” When veterans come home, that training doesn’t automatically disappear, and under extreme stress, violence can be a go-to tool, he said.

“If you have a problem, your skills for solving that problem in Iraq are a completely different set than what you would have in the States, and coming back I just didn’t have those skills at all,” Miller said.

Miller said in Iraq he used cocaine. Drugs and alcohol were easy to access through the mail and took the edge off. When he came back, he was “in Iraq mode.” Cocaine left him feeling paranoid, as well as depressed and suicidal.

“Then I got busted for a little bit of weed, and going through that situation saved my life.”

While at the Veterans Affairs medical center for treatment, social workers and staff told him he’d make a great social worker. He told them no for a while, but he realized that he could give back.

“I’ve eaten so many (expletive) sandwiches just being in the military,” Miller said. He hated treatment court when he started. But he’s since changed his mind “because of the people that will not quit fighting for this (expletive) like Ryan and Brock,” he said of Else and Hunter.

Miller, now 37, is married, just bought a house, and is in his second semester at the University of St. Thomas, pursuing a degree in social work with an emphasis in military practice.

Advocates hope to reform veterans court: ‘Offering an olive branch to the veteran who’s brought his war home with him’

Gracie Stockton is a senior at the University of Minnesota. She was awarded the 2021 Kaufman scholarship from the Hubbard School of Journalism & Mass Communication and joined the Reformer as an intern. Gracie also studies theatre and Russian, and is an artist in her free time.