Home Schools Decline in number of homeless students has schools asking, ‘Where are they?’
Facebook
Twitter
Email
Print

Katie Danielson was thrilled to get a text message from a recent high school graduate on a Saturday night. Could she give Danielson’s number to a friend, a student experiencing homelessness?

The message was a relief for Danielson, the homeless student liaison for Duluth Public Schools. This student was one of many who Danielson hadn’t been able to reach for months.

“These are the connections I lean on right now to get in touch with my kids,” Danielson said. “She was apologizing because it was a Saturday night. I don’t care — kids can get in touch with me at any time. Homelessness isn’t just Monday through Friday.”

Nobody knows for certain why districts are counting fewer homeless students, even as more families are struggling to make ends meet during the pandemic. Educators say some of the decline could be attributed to the eviction moratorium, but the change likely isn’t all good news.

Distance learning has made it more difficult for teachers and staff to identify homeless students and connect with students whose phone numbers or addresses have changed. Which means some are likely going without services entitled to them by federal law.

Educators fear that some students have dropped out of school entirely: “It’s concerning when nobody has any eyes on them. Are they getting their needs met? Are they eating?” Danielson asked.

Federal law requires school districts to identify and enroll homeless youth. This includes students who are staying in a shelter or have no shelter at all, as well as those staying in motels, couch-hopping or doubling up with other families.

These students have the right to free meals and transportation to their home district regardless of where they’re staying. If school staff don’t know students are homeless, they might miss out on these services and other resources, like meal delivery and technology help, said Charlotte Kinzley, the homeless student liaison for Minneapolis Public Schools.

Minneapolis identified about 2,350 students — roughly 6% of the student body — who experienced homelessness at any point throughout the 2019-20 school year, Kinzley said. Their numbers fell about 50% once distance learning started last year and have remained low since, despite the district’s efforts to find families, she said.

Schools are often alerted to students’ unstable living situations when families request transportation from the district, Kinzley said. That check-in was eliminated during distance learning, when students didn’t need to get to school. Minneapolis expected numbers to rise once the district resumed in-person classes this spring, but that hasn’t happened, she said.

A few Minneapolis Public Schools staff have offices in local shelters, where they can easily connect with families. These shelters have had “dramatically lower” occupancy numbers, Kinzley said, which could be attributed to the eviction moratorium mitigating the need for emergency housing. But people are also less likely to go to a shelter because of concerns about COVID-19, she said.

“There’s a lot of unknown, which is really hard and scary when we’re talking about a population that’s pretty highly vulnerable to begin with,” Kinzley said.

Danielson said many shelters in the Duluth area have 28-day limits, so families have to move around frequently. When a student doesn’t check in during a normal school year, Danielson can ask around and usually find out if they’ve moved or have a new phone number. That’s not an option when students aren’t in the classroom.

Now, it’s as if some students have vanished. Danielson said she knows of at least a handful of students who don’t appear to be enrolled anywhere.

“It’s a constant worry,” she said.

St. Paul Public Schools has counted about 700 students who qualify for services — about half of them since students returned to classrooms this spring — compared to about 1,000 last year, said Heather Alden, supervisor of the district’s Project Reach.  Alden said she suspects the eviction moratorium is one reason their numbers are down overall.

But the eviction moratorium will be lifted eventually, and educators fear the homelessness crisis will worsen as a result.

Kinzley said she’s worried about the months to come, but still hopeful that the increased awareness of homelessness during the pandemic will boost efforts to ensure all families have stable housing.

“Maybe we can continue this increased investment and say, ‘It’s never OK for any family to experience homelessness. Not just in the midst of a pandemic, but never,'” Kinzley said. 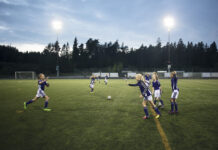 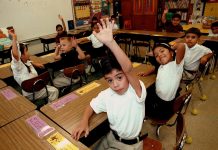 Decline in number of homeless students has schools asking, ‘Where are they?’