If you’re on the younger side, you may wonder what the Republican Party is even supposed to be about. Lately, it’s been little more than a creepy devotion to a boorish game show host turned failed president. They’ve denied scientific consensus about the pandemic and global warming, clung to a childish fantasy they won a presidential election they lost, and then used the lie to incite a mob to attack the seat of the national legislature.

In 1985, scientists revealed in the journal Nature that a massive hole had opened in the ozone layer over Antarctica, caused by chlorofluorocarbons, which were widely used at the time in refrigerants. The ozone layer protects the earth from ultraviolet rays that cause cancer.

Then-President Ronald Reagan — yes, the great conservative deity — signed a treaty in 1987 called the Montreal Protocol that phased out the use of CFCs, halting an emerging crisis.

Closer to home, Republican Gov. Arne Carlson pushed policies that slashed the number of Minnesotans without health care. GOP Gov. Tim Pawlenty ushered in a new era of renewable energy with an historic bill he signed in 2007.

The question is how the know nothingism of the current Republican Party can once again be the GOP that is home to engineers and doctors. (As Jonathan Chait pointed out last year, Republicans polled in 1973 trusted science more than religion.)

State Rep. Jordan Rasmusson, R-Fergus Falls, is a freshman whose resume reads like Republicans of old, when the word “elite” was something to aspire to, not an epithet to be spat.

He went to Harvard and worked at the consultancy McKinsey and then Bain Capital.

(If you’re a liberal reader groaning, I get it, but consider the alternative right now: The QAnon shaman and the pillow mogul.)

Rasmusson has a few key insights:

When it comes to former President Donald Trump, move on: “Trump did bring new voters into the electoral process. Many of his policies were quite popular. That said, he lost twice in Minnesota. I don’t think that playbook is successful.”

Rasmusson declined to join the millions of Republicans who refuse to accept that Trump lost even as dozens of court decisions and hand recounts upheld the results.

“My message to folks when we talk about that in Otter Tail County is, we have to get more votes. That sounds obvious. Some Republican leaders seem more focused on this voter fraud narrative than on learning from our losses.”

And what is to be learned?

Rasmusson told me that to win a statewide race — which would be a first in 15 years — Republicans need a big tent, as Reagan called it. That means making a play with working class voters among Minnesota’s ascendant immigrant populations. And competing for voters in the suburbs — a subset of whom were recently termed “Biden Republicans” by legendary pollster Stanley Greenberg.

The question is how.

Because he’s in a safe district, Rasmusson knocked doors in nearly a dozen other districts, and he found people want “responsible leaders who will work on the real problems impacting their day-to-day life.”

He said he heard about education, bringing down the cost of health care and making mental health care more accessible, efficient use of tax dollars and economic vitality in greater Minnesota.

Let me key in on a word he used: Responsible leaders.

These would be people who consider the ramifications of their policies, not just on themselves and their clan, but on all of us. Who hold themselves to a standard of personal but also civic virtue and rectitude, which precludes wasting their time on insult comic gonzo politics.

Rasmusson drew a distinction between what he called “clickbait politics” and real life politics. “When I’m getting likes or shares,” he said, referring to tweets and Facebook posts, “that’s not necessarily appealing to those independent voters we’re trying to activate,” he said.

And the people who spend their days consumed with clickbait politics, usually locked inside a partisan silo by the social media companies’ algorithm? They don’t amount to much.

“I rarely get someone to do something over the internet,” he said about motivating volunteers. “It was in-person or on the phone. That person-to-person politics has never been more important,” he told me.

From a tactical standpoint, another Republican got real about it with me: The reason the Republicans haven’t won a statewide race here in ages is that there are more Democrats than Republicans in Minnesota.

Which means to win statewide, a Republican needs to elide the differences, blur them.

The alternative — drawing a sharp contrast — will mark you as the kind of Republican that Democratic-Farmer-Labor voters can’t support.

A Republican will need to address issues of concern to moderate DFL and independent voters (see above.) Their solutions may be different — perhaps more market-based, more local — but Republicans will need to speak the language of lifting people up. And mean it.

There’s a model for this: Republicans have won the governorship in heavily Democratic states like Massachusetts, Vermont and Maryland.

Living in a one-party state makes me uneasy, as it would give too much power to entrenched DFL interests and lead to groupthink and ossified ideas.

So I wish these Republicans well.

But I’m not hopeful. I fear Jan. 6 showed that the modern Republican Party is evidence of what had been a key insight of conservatism — that humans are fallible, and beneath the patina of civilization, the serpent is coiled, ready to destroy.

Juneteenth: The struggle for freedom and workers’ right to thrive | Opinion 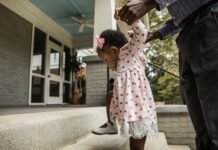 The myth of the absent Black father | Essay

Can the GOP find its way? | Column