Minneapolis Police Federation President Lt. Bob Kroll will retire at the end of this month after 32 years on the force, according to a letter sent to union members Monday morning and obtained by the Reformer.

The embattled police union leader said he originally planned to retire in May, marking 25 years of serving in union leadership, but wrote that “It is in my family’s best interest for me to retire four months early.”

The news, first reported by KSTP, comes nearly eight months after the police killing of George Floyd placed the Minneapolis Police Department at the center of a national reckoning with racism in America.

Following Floyd’s death, Kroll was blamed as one of the most significant barriers to police reform by city leaders, activists and fellow union leaders, who called for his immediate resignation.

In August, demonstrators gathered outside his suburban home and beat piñata effigies of him and his wife, WCCO reporter Liz Collin. Among them was Democratic-Farmer-Labor state house candidate John Thompson, who shouted profanities including “Blue Lives ain’t sh**.” Thompson drew rebukes from his party and apologized.

Minneapolis Police union president Lt. Bob Kroll sent this email to members this morning announcing his retirement at the end of the month pic.twitter.com/j1wphZrEJf

Kroll fought back against his critics, calling the Black Lives Matter movement a terrorist organization and positioning himself as a defender of rank-and-file officers against unfair criticism.

Amid the riots following Floyd’s killing, Kroll sent a letter to police union members commending their work and saying he had spoken with Republican Senate Majority Leader Paul Gazelka about taking control of the National Guard to quell the riots amid “incompetent” leadership from the governor.

Kroll was an ardent supporter of President Donald Trump, appearing on stage with him at a rally in Minneapolis and in a campaign video showing burned out buildings.

“The incoming leadership will have an opportunity to reshape how the police union engages community and City leadership. It is my sincere hope they appreciate this significant responsibility at such a critical juncture for our city. To Bob Kroll: good riddance,” Frey wrote in a statement.

City Council President Lisa Bender, who has sought to dismantle the police department and replace it with a new department, expressed skepticism that a change in leadership will result in a change in culture.

“Bob Kroll was elected by the members of the Police Federation. A change in the values of leadership will have to come from the members, otherwise nothing will change,” Bender wrote in a text message.

In an interview with the Reformer last summer, Kroll called Floyd’s killing horrific but denied the police department needs fundamental change or that racism is common in its ranks.

“Our job is to respond to the crimes that we’re dispatched to and to stop and detain and arrest, if warranted, the person that committed the crime,” Kroll said. “We don’t pick and choose that by race.”

Kroll continued to rail on city leaders and police critics in his retirement announcement, writing, “Most difficult for me as I made this decision, was to see how our noble profession has been demonized. The toughest part of the job was witnessing the scrutiny and criticism we as professionals have endured from those who do not walk in our shoes.”

He urged officers to “hold your heads high,” writing, “I commend all of you who do this job under unimaginable circumstances and public shaming.”

The department is under intense scrutiny after Floyd’s killing, which was just the latest in a series of high profile tragedies. Last month, a Reformer investigation showed systemic failures of the department to discipline and remove problem officers, who are often defended by the union. City officials cite the union and arbitration as among the biggest barriers to reform, although the Reformer investigation found significant delays at each step of the disciplinary process.

Kroll commended the leadership of the union’s vice president Sherral Schmidt, who he said “is well-prepared to lead this organization.”

The city of Minneapolis is currently in negotiations over a new police contract, which have stalled amid the push for police reform in the city.

Kroll and Schmidt did not respond to a request for comment. 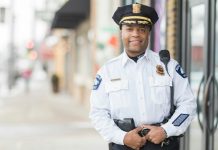