Home Commentary Trump and his enablers have betrayed our country, and they should be...
Facebook
Twitter
Email
Print

This thing that’s happening? No one knows what to call it. Despotism? A soft coup? A temper tantrum? Part of the problem is that it is — in the words of former Trumper Chris Christie — “an absurdity.”

I can be of some use here. Words are my stock and trade.

This is a betrayal of our nation. That’s what we should call it.

We should do so consistently and with some volume. Especially if the effort persists and the Republican Party continues to stand behind it.

Republican politicians have argued that President Donald Trump has a right to pursue his election grievances in court. But the duty of high office overrides the privileges one might enjoy as a private citizen. Trump crossed that line a long time ago, even as his particular con artist superpower has been the blurring of such distinctions.

This is where Texas Attorney General Ken Paxton may have done us all a favor when he asked the Supreme Court to nullify the election results of Georgia, Michigan, Pennsylvania and Wisconsin. The suit failed spectacularly. But what it did do was lay the election fraud fantasy out in clear terms of them vs. the rest of us, with no remaining veneer of credibility.

There were no irregularities brought to light. No constitutional process that needed to play out. No transparency offered or electoral “security” improved.

You can draw a straight line from Texas to the labors of Minnesota’s own state Sen. Mary Kiffmeyer, R-Big Lake, to seed doubts about our electoral process. Or 6th District GOP Rep. Tom Emmer’s loud refusal to acknowledge Joe Biden’s victory in the presidential election. Or any future Republican scheme to make it harder for honest citizens to vote. It exposes the big lie driving the whole Republican project to disenfranchise voters.

Now that we see what the Republican endgame looks like — anytime a Democrat wins, just call it “fraud” and bully election officials to try to get it overturned — we can call out the entirety of their voter suppression effort for what it is. A clear violation of the sovereign will of the people. A betrayal of the sacred trust that makes self-government work.

There’s a good argument for holding those who’ve plotted alongside the president accountable. But more important is a pivot to what we might do to make sure it never happens again.

The communications model I’d suggest is the sort of noisy absolutism the Republican Party brings to its defense of the Second Amendment. If Republicans can convince people protecting gun rights is worth the occasional school massacre, then the rest of us can certainly argue that standing up for our most fundamental right as citizens is worth the spit-in-the-ocean effect of an occasional errant vote making its way into the total.

Give voting rights the sort political weight conservatives have long claimed for gun rights. Raise the political price of doing harm to the freedom of all Americans to make our voices heard through our votes. Create single-issue small-d democratic voters just as there are millions of single issue gun voters.

In the past Democrats have tended to use legal challenges to defend voting rights, rather than bring the argument to the court of public opinion. But now we have the spectacle of a sitting president attacking his own country. It puts his party in the position of defending the indefensible. For instance, standing alongside disgraced former Gen. Michael Flynn and his seditious calls for using martial law to overturn the election.

It could function as a wedge issue, meaning an issue that cracks the unity of the opposing party.

Granted, it would have no effect for the roughly 70% of Republican voters that somehow believe Trump won by a landslide. Part of a good communications strategy is knowing who’s too far gone to be convinced.

But that still leaves a lot of people out there worth talking to. A lot of political arguments to be won. A lot of damage to reverse.

Words matter. Betrayal is a hard one to use. But in this case it has the advantage of being true.

We’ve learned in the past four years that if a lie is repeated often enough an alarming number of people will believe it. I’d like to see what we can accomplish by doing the same thing with the truth. 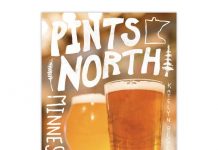 Trump and his enablers have betrayed our country, and they should be held to account