The 8th Circuit Court of Appeals said it would hear arguments in a case over when to hold the election for Minnesota’s 2nd Congressional District, but declined to delay the race.

Tyler Kistner, the GOP-endorsed challenger to incumbent U.S. Rep. Angie Craig, appealed a federal judge’s ruling earlier this month that the race would be decided in November’s general election rather than a special election next year.

Friday’s ruling will allow the November election to proceed as planned, a victory for Craig, whose candidacy is expected to be boosted by the higher turnout of a general election. Special elections are typically low-turnout affairs, often favoring Republicans.

Craig, and a 2nd District voter, Jenny Winslow Davies, sued Simon after he called a special election, saying the race should be decided in November because the Minnesota statute was preempted by federal law.

Moreover, they argued that because of the timing of the special election, the district would be left without representation because a new Congress would be sworn in in early January, causing voters “irreparable harm.”

Kistner, however, said he intends to appeal the decision to the U.S. Supreme Court, saying state law is clear and accusing Craig of causing “confusion and uncertainty” around the election.

“In the meantime, I urge all voters to participate in this election on November 3rd and help me send a clear message to Angie Craig that her political games and gamesmanship have run their course,” he said in a statement.

In a statement, Craig heralded the ruling.

“I am grateful for the court’s ruling this morning, which ensures that will not be the case,” she said. “Since the day I was sworn in, I’ve worked tirelessly to represent the values and interests of my constituents in Congress – and I look forward to continuing to do so next January.”

She added: “The courts have spoken – now it is time for the people of Minnesota’s Second Congressional District to decide.”

“It would be really unfair to invalidate the voices of people who already voted,” Martin said, adding: “I think there needs to be a conversation about this state law moving forward, regardless of the outcome of this election.”

The Legal Marijuana Now Party has endorsed Paula Overby to replace Adam Weeks, but her name does not appear on November’s ballot.

The appellate court’s ultimate ruling in the case could determine the fate of Minnesota’s law on what happens if a major party candidate dies shortly before an election. Friday’s decision by the court suggested that Kistner’s argument that the state law does not preempt federal law is weak.

“We do not think Kistner is likely to succeed on the merits of his contention that (Minnesota state law), as applied to the current situation, may coexist with the federal election laws,” the decision reads.

Nonetheless, the appeals court has decided to hear arguments in the case.

“[T]he motion for an administrative stay and a stay pending appeal is denied,” the ruling said. “Kistner’s motion to expedite the appeal is granted, and the clerk is directed to establish an expedited briefing schedule.” 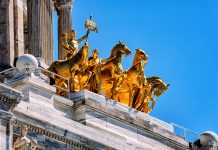 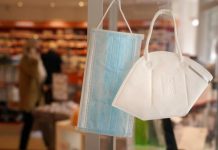 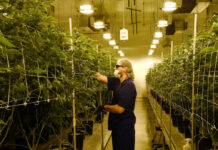