The northern suburbs of Circle Pines, Lino Lakes and Hugo that make up Minnesota House District 38A have been reliably red in recent years, but suburban disgust with President Donald Trump has the Democratic-Farmer-Labor Party fantasizing about just how far a blue wave might carry.

Republican-endorsed business owner Donald Raleigh faces off for the open seat against attorney-turned-school employee Kris Fredrick, in a district that President Donald Trump won by 10 points.

If Republicans are to take back the majority they lost in 2018, they’ll need to hold this district and flip a net nine seats going into a pivotal legislative session in 2021.

Next year, legislators will have a monumental agenda, contending with the pandemic, an economic downturn and a $4.7 billion budget deficit — not to mention other items on the docket, like health care coverage, police reform, paid family leave and legal marijuana.

The next Legislature will also redraw congressional and legislative maps, influencing the balance of power at the Capitol until the next census in 2030.

Raleigh did not respond to interview requests.

The 2021 legislative session is sure to be a difficult one, but Fredrick, 46, said the decision to run for office was easy after considering a legislative bid for years. Fredrick said his experience in law, business and education make him a strong candidate.

Fredrick has worked as a technology specialist in the Mounds View Public School District for three years and previously spent two decades at Honeywell, where he was general counsel of the company’s research group. He also worked as an attorney in Stockholm, Sweden for a year.

Outside of work, he has coached youth sports and served as president of a local parent-teacher organization. He volunteers with The Advocates for Human Rights and Central Minnesota Legal Services to provide pro bono legal services in housing and immigration issues for low-income Minnesotans.

Fredrick said as a school employee and parent, education would be one of his top priorities. He wants to ensure schools are adequately funded so students have access to the same resources, like computers, no matter where they live. He would also support efforts to improve teacher diversity and increase teacher pay.

During the pandemic and beyond, Fredrick said all Minnesotans should have access to affordable, high-quality health care. He is especially concerned about residents who lost their jobs during the economic downturn and lost their health care coverage as a result, he said.

Fredrick wants the district to have better mass transit and make improvements to roads and bridges, he said — for example, the County Road J and I-35E interchange near Centerville, which received $1.5 million from the Legislature this year for studies on proposed safety fixes.

At the same time, Fredrick said he doesn’t want to upgrade infrastructure at the cost of Minnesota’s environment. He would like the state to work toward a carbon-free future, continue to invest in renewable energy and protect the water supply.

Fredrick’s work toward these goals would take place during a challenging budget year if he’s elected, as the state is facing a $4.7 billion deficit over the next two-year budget cycle. Fredrick said he favors prioritizing programs and eliminating unnecessary spending, while curbing tax breaks for corporations and wealthy residents.

“I think the first step to solve the budget deficit is to get the pandemic under control,” Fredrick said.

Fredrick said the state has taken the right approach to the COVID-19 pandemic by relying on data and expert guidance. Limiting Walz’s emergency powers and lifting restrictions would be shortsighted, he said.

Views on managing the pandemic are some of the biggest distinctions between Fredrick and his opponent, Fredrick said — including how they campaign.

“(Raleigh) has been out there doorknocking in person,” Fredrick said. “I refuse to put members of our communities at risk, and I care about their health even more than I actually care about running my campaign here.”

Raleigh, 54, enlisted in the U.S. Army when he turned 18 and served in active duty for eight years, according to North Metro TV. In 2003, he and his wife founded Evolve Systems, a St. Paul-based marketing agency. He volunteers as a youth leader in the Civil Air Patrol.

He has said that his background in emergency and disaster management would help him navigate Minnesota’s response to the COVID-19 pandemic. Raleigh is a critic of the state’s approach so far, and told ABC Newspapers that one of his top priorities as a legislator would be “to help families and small businesses recover from the impacts of the pandemic and the Walz shutdown.”

Declaring an emergency early in the pandemic — when the state was responding to an immediate crisis — was understandable, Raleigh told the Pioneer Press. But the state is no longer responding to a crisis and should be in the recovery phase, he said on North Metro TV. He has advocated for resuming in-person instruction in K-12 schools and ending Walz’s emergency powers.

Like Fredrick, Raleigh has said education would be one of his top priorities. He supports private school choice and school funding that eliminates a “disparity that gives more dollars to Minneapolis/St. Paul schools than schools in suburban and rural districts,” he told ABC Newspapers. (Minnesota’s urban school districts receive proportionally more money because they enroll more students who need additional academic support, like English language learners.) He is also a proponent of trade schools.

Raleigh wants to focus on job growth, he told the Pioneer Press, which includes ensuring the state’s energy supplies are reliable and affordable.

“Moving too quickly away from natural gas or ruling out nuclear energy will make businesses cautious about making Minnesota home,” he said.

As for solving the state budget deficit, Raleigh told North Metro TV that legislators will have to be prepared to make some difficult cuts, including in education, which accounts for more than one-third of Minnesota’s budget.

“Education is a very, very large part of our budget,” he said. “It’s probably going to be an area where we’re going to have to ask some tough questions.”

Legislators will also have to “get out of the cycle of tax and spend,” and avoid approving any new government spending, he said.

Raleigh is opposed to abortion rights, according to his website.

Raleigh is also a concealed carry instructor and firearm safety instructor, his website says. He came under criticism last week after the Minnesota DFL uncovered illustrations of gun homicides that seem to have been drawn by Raleigh. 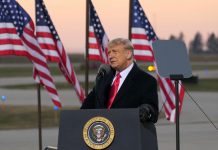