A state board declined to extend another four year contract to the chief public defender of Hennepin County Mary Moriarty Wednesday, despite praise by activists and fellow public defenders for her fierce advocacy on behalf of her clients and outspoken efforts to end the criminal justice system’s race and class biases.

After the decision, which followed a contentious pair of meetings of the the Minnesota Board of Public Defense, Moriarty told the Reformer that despite the setback she will seek her own job again when the current term finishes at the end of the year.

The vote came following six hours of testimony that often pitted the state’s Chief Public Defender Bill Ward — who held the position of chief public defender of Hennepin County from 2009 to 2014 — against Moriarty.

Ward called Moriarty a “gifted litigator” but presented his argument against her in a 16 page memo. The memo uses anonymous quotes from judges, other chief public defenders and “stakeholders” — including Hennepin County prosecutors — to portray Moriarty as a “divisive,” ineffectual leader whose “willingness to utilize the press against justice partners,” and “bitter manner in almost every encounter,” had alienated her from her peers.

Ward used almost his entire public testimony, however, to defend himself against what he described as the unfair portrayal of him on social media, where he’s been accused of trying to silence Moriarty for speaking out against the racist treatment of her clients by law enforcement and prosecutors.

“This narrative is absolutely and unquestionably false,” Ward said.

Moriarty countered that Ward had bullied her and called her “young lady” — an accusation he vehemently denied. She said the drive to remove her, which began late last year when she was put on paid administrative leave, was a direct result of her pointing out racial inequities and publicly criticizing other actors in the judicial system, particularly Hennepin County Attorney Mike Freeman.

The drive to remove Moriarty comes even as Minnesotans are confronting the realities of the justice system in the face of the police killing of George Floyd.

“I’m going to be really honest here because at this point I really have nothing to lose. I feel as though this is so Minnesota. And when I say that, what I mean is that we don’t talk about race. We don’t,” she said during an emotional moment in her testimony in front of the full board. “When we try to talk about race, when we try to talk about problems in the system, about mass incarceration … the system tries to shut us down.”

The board’s vote sets in motion a process to appoint a new chief defender that is laid out in state statue: Hennepin County District Chief Judge Toddrick S. Barnette, who became the first Black judge elected to that position in May, will appoint two ad hoc members to the board for the purposes of choosing the next chief Hennepin County public defender. Those two additional members must live in Hennepin County and “reflect the characteristics of the population served by the public defender,” according to statute.

Those numbers give Moriarty reason for hope. Although the board voted 4-2 against her, Macalester professor Duchess Harris was absent and stated her support for Moriarty. With two new members in play for a potential future vote, the outcome would be far from a foregone conclusion.

Board member Elizer Darris, a business owner who was incarcerated as a juvenile and now works as an organizer for the ACLU, cast one the two votes in Moriarty’s favor and was one of her most vigorous defenders. He noted that the board had received 175 emails about the vote, with all of them in support of Moriarty. Additionally, every speaker during the hour long public comment period Wednesday spoke in her favor.

“What we saw today struck completely against the overwhelming outcry of the community,” he said. 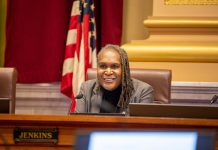 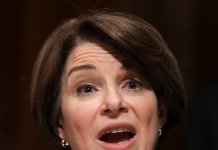