WASHINGTON — A Minneapolis lawyer filed the first known ethics complaint against U.S. Rep. Jim Hagedorn on Tuesday, all but assuring Congressional investigators will take a look at questionable spending by his office over the past year, if they aren’t already doing so.

Sybil Dunlop, a business attorney at the Twin Cities-based law firm Greene Espel, which is influential in DFL circles, told the Minnesota Reformer in a phone interview that she filed the complaint with the Office of Congressional Ethics after being contacted by the campaign of Dan Feehan, the Democrat running to unseat Hagedorn.

Her complaint alleges Hagedorn, a first term Republican, violated ethics rules by allowing more than $111,000 to be paid to Invocq Technologies, a company controlled by John Sample, an employee in Hagedorn’s office. It also alleges that Hagedorn’s former chief of staff, Peter Su, violated ethics rules by “quietly awarding his brother a contract that was significantly above market rate without justification.”

She’s referring to a printing contract granted to a Delaware company called Abernathy West that was paid almost $340,000 in the past year at taxpayer expense to send positive mailers about Hagedorn to his constituents. A spokesperson for the company confirmed to the Reformer that it is owned solely by Nien Su, Peter Su’s brother. Dunlop wrote in her complaint that investigators should determine whether that is true. Hagedorn fired Su over the matter, he has said previously.

Dunlop said she independently researched the allegations aired in the press and read over a summary of an internal review of the issues, written at the behest of Hagedorn by D.C. lawyer Eliot Berke. She said she came to the conclusion that Hagedorn violated ethics rules by paying companies owned by people with close connections to the office, and that the congressman is responsible for spending made by his employees.

Hagedorn, whose spokeswoman did not return a request for comment Tuesday, has previously acknowledged that he is ultimately responsible for the spending by his office but denied wrongdoing, saying he delegated the task of choosing printing vendors.

Still, Dunlop said in the interview that she was motivated by two irregularities. “One: They had connections to them, which is suspicious. But it looks like they were being charged a lot more than market for the services they were buying from those people that they knew. And so the one-two punch of that just feels not cool.”

Dunlop also questioned the accuracy of Hagedorn’s internal review, particularly regarding the spending on Invocq Technologies, which was first reported by the Reformer. Berke wrote in the review that Sample had his onetime co-owner in the company, Catherine Keszei, perform graphic design work for Hagedorn. Keszei, however, died in December, “shortly after Invocq completed its work,” which “rendered Invocq essentially defunct with no financial assets,” according to the internal review.

Dunlop also flagged an “alarming lack of documentation and accountability for expenses,” citing the fact that — according to the internal review — no contracts existed for work with the two companies, and few documents exist to back up why those companies were selected over others.

When asked why they reached out to a lawyer to ask her to file a complaint against a campaign opponent, Feehan’s spokesman said they want answers: “We hope that the Office of Congressional Ethics and House Ethics Committee look into this matter quickly and get Minnesotans the answers they deserve,” said Ben Reimler, a spokesman for Feehan.

Dunlop said she was not paid or otherwise influenced to file the complaint by Feehan’s campaign, and would not have done so unless she genuinely thought there was a violation. She said she doesn’t know and hasn’t met Feehan or Hagedorn and doesn’t personally know anyone working for or with the campaigns.

Dunlop said she hopes her complaint is not viewed through a partisan lens, even though it was instigated by Hagedorn’s opponent.

“They said, ‘Do you have any interest in filing a complaint?’ And I said, ‘Yes, if I could independently verify everything and make sure that I’m comfortable with it all,’” Dunlop said. “It is no secret that I am a registered Democrat. I would not file an ethics complaint if I didn’t think I had a good faith basis for doing so.”

Dunlop has indeed been active in Democratic politics in Minnesota. Federal Election Commission records show she has never donated to Feehan, but she has donated to Minnesota’s DFL Sens. Tina Smith and Amy Klobuchar, as well as the presidential campaigns of former Pres. Barack Obama and former Secretary of State Hillary Clinton.

She donated this year to Antone Melton-Meaux, a Democrat who ran an unsuccessful primary campaign against U.S. Rep. Ilhan Omar. Dunlop also chaired the candidate committee for an attorney general bid by her law firm colleague Sam Clark, who at the time was Saint Paul’s city attorney.

The Office of Congressional Ethics is an investigative body within Congress that operates independently of the House Ethics Committee and often refers cases to the committee for review. Although only members of Congress can file complaints to the Ethics Committee, anyone can file a complaint to the OCE. OCE, however, has no subpoena or punitive powers.

It’s possible that OCE or the Ethics Committee is already investigating, since the matter has been all over the local and national press, and because Hagedorn’s internal review noted that he self-reported all the information Berke found to the committee. But if not, Dunlop’s submission ensures Hagedorn’s spending will at least get a look.

If there is an investigation, Hagedorn’s office would already have been notified. The public, on the other hand, will not likely hear a peep about the issue for months as it winds its way through the bureaucratic process.

“The office cannot confirm or deny whether any specific investigation is underway,” said William Beaman, an OCE spokesman.

OCE staff reviews all complaints. If there is cause to move forward, the OCE’s board will vote to investigate the issue. That investigation could take anywhere from 30 to 89 days, and if there are probable violations, the OCE’s findings would be referred to the Ethics Committee for further review. The soonest the public would likely hear anything would be 45 days after the Ethics Committee gets involved, when the committee has to publicly disclose that it is looking at the case — unless law enforcement takes over the case, in which case the Ethics Committee would immediately issue a statement saying so.

All that would be set aside if Hagedorn loses his re-election campaign this November. The Ethics Committee only has jurisdiction over current members of Congress and congressional staff, and it would be exceedingly rare for it to continue investigating a congressman after he leaves office. 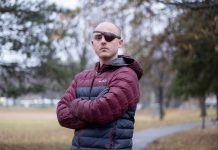