Minnesotans will be among the first in the nation to start casting ballots for president, starting Friday. Minnesota is tied with South Dakota for the longest absentee voting period. Sounds great and all, but what happens if one of the candidates dies before the election — or after, for that matter?

It’s a reasonable question, given Donald Trump is 74 years old, Joe Biden is 77, and the average life expectancy for American males is about 79. Not to mention the COVID-19 pandemic is taking more older folks’ lives than young. And because, well, weird things seem to be happening on the regular in 2020.

Many Minnesotans alive in October 2002 remember where they were when they learned of the death of Sen. Paul Wellstone and seven others in a plane crash in northern Minnesota. Wellstone’s death set off a controversy over whether the Democratic-Farmer-Labor Party would be allowed to replace him on the ballot. He was replaced by former Vice President Walter Mondale, who was defeated by now former-Sen. Norm Coleman. Minnesota law was changed after Wellstone’s death; now in the case of a similar event, a special election would be called by the governor.

People who vote early may change their votes up to two weeks before Election Day.

The presidential election happens in all 50 states, and remember, in America, we vote, and then members of the Electoral College vote, and then Congress counts the votes.

So if a nominee dies before the November election, his party would pick a new candidate, such as — but not necessarily — the vice presidential candidate.

Putting a new name on the ballot in every state gets complicated, according to the Washington Post, which recently wrote, “Depending on when this happens, that might not be simple. Different states have different deadlines for when the parties must certify their candidates for the ballot. In 2016, most were in August and September. If states do not have laws that permit changing the candidate’s name after that date, courts would probably have to be brought in. It’s hard to imagine courts refusing to permit one of the two major parties to replace a deceased candidate’s name with that of a validly chosen replacement.”

(If the phrase, “courts would probably have to be brought in” concerns you, it probably should.)

For example, if Congress hasn’t counted the votes yet, it’s legally debatable how much power Congress would have as the counter.

“But assuming Congress does have this power, then until it counts the votes we would not have a president-elect. If Congress refuses to count votes for a dead candidate and no one then attains a majority of the electoral vote, the choice of president would then devolve to the House, where each state’s delegation gets one vote.”

This would be to the benefit of the Republicans because although Democrats currently hold the House majority, they have racked up lots of seats in a few big states, while Republicans dominate lots of small states. (Think of that red and blue map you see every four years.)

That’s why there’s about a month-long gap between when electors cast their votes and Congress counts them: Congress isn’t sworn in until Jan. 3, and that gives the newly elected Congress time to sort this all out.

Eligible voters can sign up to receive an absentee ballot here. 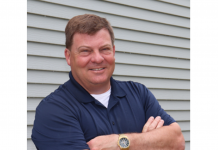 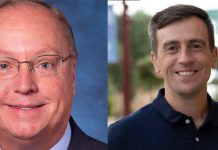 What happens if my candidate dies?