The owners of more than 40 rental properties are suing the city of Minneapolis over a newly enacted ordinance that limits what landlords may consider when screening prospective renters.

The screening limits were part of a slew of renter protections the City Council approved in 2019 in an effort to remove barriers to housing that disproportionately affect low-income people and people of color as the city grapples with an on-going affordable housing shortage.

In the lawsuit filed in federal court earlier this month, landlords argue the rules are unconstitutional, infringing on their right to decide who lives in their properties. The landlords in the case also argue the ordinance prevents them from ensuring the safety of their properties and other tenants and forces them to assume a large financial risk, especially since the new renter protections also cap security deposits at one month’s rent.

“The cumulative effect of the ordinance’s various provisions severely cripples an owner’s ability to avoid problem tenants and protect its other tenants, and is also profoundly unfair to applicants with exemplary records,” according to the lawsuit.

This is the second major lawsuit against the city in recent years for regulating landlords’ screening criteria. Landlords also sued the city over an ordinance that bans them from rejecting tenants because they receive public assistance, such as Section 8 vouchers. That case went to the Minnesota Supreme Court, which sided with the city in July.

*This story was updated for clarity. Some landlords control multiple legal entities named as plaintiffs in the lawsuit. John Edwards of Wedge Live mapped the properties here. 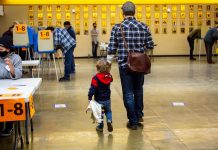