The formula used to determine how much funding colleges and universities got through the federal Coronavirus Aid, Relief and Economic Security (CARES) Act this spring favored schools enrolling full-time, low-income students, which gave a boost to some small private programs.

Grant money per student varied widely among 30 schools reviewed by the Reformer, from $199 at St. Cloud Technical and Community College to $2,109 at Cosmetology Careers Unlimited College Of Hair, Skin And Nails.

The gaps are “saddening but not surprising,” said Matt Williams, president of the Minnesota State College Faculty Union, and “in line with the unfortunate trends of privatization we’ve seen with public education over the past half-century.”

For-profit schools and students weren’t immune from the effects of the pandemic, advocates say.

Aveda Institute Manager Kalli Blackwell Peterman said the federal funds helped cover pandemic-related expenses, like technology for distance learning and health and safety equipment. The Minneapolis cosmetology school received $445,074, half of which was split between 244 students.

“The COVID-19 pandemic has caused unprecedented disruption in the beauty and wellness education sector. It has caused many hardships for our students and staff,” Blackwell Peterman wrote in an email to the Reformer. “Our industry has never been taught via distance learning until now.”

The $2.2 trillion CARES Act, passed by Congress in March, included $14 billion in funding for higher education institutions that participate in federal financial aid programs. Institutions were required to use half the funds for emergency grants for students struggling to make ends meet during the pandemic.

Here’s a breakdown of where Higher Education Emergency Relief Funds went in Minnesota, and how they’ve been spent so far.

More than $195.4 million went to 89 colleges and universities

Eighty-nine Minnesota schools received more than $195.4 million. The amount sent to each school ranged from $25.9 million at the University of Minnesota-Twin Cities to $21,532 at the American Academy of Traditional Chinese Medicine in Roseville.

Nearly half the Minnesota schools that received money are public institutions, like the University of Minnesota and Minnesota State colleges and universities, according to a compilation of federal data by the left-leaning think tank Center for American Progress.

Twelve institutions — roughly 13% of schools — are for-profits, mostly cosmetology schools like Aveda Institute and Minneapolis School of Cosmetology. The remaining 34 are not-for-profits, including the University of St. Thomas, Augsburg University and Hamline University.

Although the billions of dollars distributed to schools across the country have defrayed some costs of the pandemic, higher education leaders have said since the start that the CARES Act wouldn’t be enough for the nation’s cash-strapped colleges and universities.

The American Council on Education in March called the funding “woefully inadequate” and “far below what is required to respond to the financial disaster” higher education has experienced during the pandemic as expenses pile up and enrollment falls.

The Minnesota State system is facing a $58 million budget shortfall for the upcoming year, about 3% of its budget, and received about $40.8 million not intended for student grants through the CARES Act. The University of Minnesota’s losses could total $300 million, about 7% of its budget, and the system got about $35.8 million in funding.

“We knew the CARES act was never going to be enough on its own and was a pitiful drop in the bucket compared to what public institutions and students truly needed,” Williams said. “The hope (this spring) … was the CARES act was a prelude to further stimulus bills.” But a relief package has stalled in Congress.

At least one Minnesota school announced that it would close after receiving CARES Act funds. CenterPoint Massage & Shiatsu Therapy School & Clinic in St. Louis Park is shutting down due to the COVID-19 pandemic, the Minnesota Office of Higher Education announced in June. The school received $87,000 in coronavirus aid, and all the funds designated for student grants were distributed by July, according to the school’s website.

Community colleges got disproportionately less money than other types of institutions

Here’s how community colleges were short-changed: The formula used to distribute the money weighted the number of Pell Grant students enrolled at each school, but was also skewed against part-time enrollees and online-only students. Although community colleges tend to enroll more low-income students, they also enroll more part-time students, reducing how much they received through the formula.

Community college leaders and advocates across the country have called on Congress to reconsider the formula, arguing that public institutions that rely heavily on state and federal funding need the money more than private, for-profit schools.

Schools used a range of strategies to distribute the money

Schools were required to direct half the CARES Act aid to students experiencing financial difficulties during the pandemic but weren’t given much direction on how to divvy it up. They also have to publicly share where the money is going by posting spending reports online, but the information isn’t compiled in a single location, so understanding how much schools have given out and how many students have benefitted requires reviewing individual documents.

At least two schools, Model College of Hair Design in St. Cloud and the American Academy of Traditional Chinese Medicine in Roseville, did not appear to have their spending reports available online, as required by the Department of Education. The institutions did not respond to a request for the reports.

A Reformer review of reports by institutions in each sector that received the most funding — more than 30 schools in all — found wide variation in how colleges and universities split the funds between students. While some institutions — including several cosmetology schools — divided the money equally, a number of schools used a multi-step, need-based approach.

The University of Minnesota-Twin Cities campus estimated that more than 25,000 students were eligible for grants, based on the requirements established by the Department of Education. As of Aug. 5, the school had distributed $12.9 million to 9,250 students — roughly $1,394 per student — based on unmet financial need for the semester and individual expenses due to the pandemic, with priority given to students facing the most financial strain.

Dunwoody Technical College used a three-phase process based on students’ finances and individual circumstances to send over $500,000 in grants to more than 1,000 students. 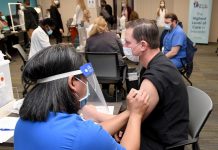 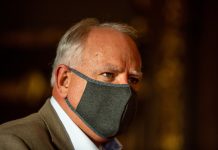 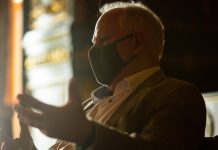