The Minnesota Senate is considered the big prize in state politics this November, and wealthy corporations in pharmaceuticals, nicotine, beer and utilities and the energy industry are going all out to help Republicans keep their narrow majority, according to a review of campaign finance and IRS records.

Although banned by Minnesota state law from contributing directly to political candidates, corporate money is like water flowing downhill into a stream — it finds a way.

Nor are Democrats immune from taking big money. But it tends to come from different sources. The DFL and allied groups like 2020 Fund rely on wealthy individuals like Alida Messinger, the ex-wife of former Gov. Mark Dayton and a descendant of oil baron John D. Rockefeller.

The DFL and 2020 Fund also receive hundreds of thousands of dollars each from public employee unions like the American Federation of State, County and Municipal Employees and Education Minnesota, which is the teachers union.

Senate Republicans are using a vehicle called Advance Minnesota to protect their slim 35-32 majority, a political fund that works to elect Republicans — though without coordination from the candidates themselves.

Where does Advance Minnesota, which is chaired by former state Sen. Ted Daley, get its money?

Enter GOPAC, which is what’s known as a 527 organization, named for the IRS moniker that in common politico parlance means a tax exempt organization largely free of state and federal campaign finance regulation. GOPAC says it’s “building a healthy roster of prepared and tested Republican leaders ready to run for higher office.”

Advance Minnesota listed $225,000 in contributions from GOPAC in its recent pre-primary report. GOPAC provided an additional $125,000 in a contribution made on July 23. That $350,000 forms the lion’s share of the political fund so far this year.

But where does GOPAC get its money? It runs a series of offshoots like GOPAC Election Fund and GOPAC Education Fund, only one of which is a committee registered at the current time with the Federal Election Commission.

Hop over to the Internal Revenue Service’s Political Organization Disclosure Database and you’ll find what you’re looking for.

Here’s where some of the money has come from since Advance Minnesota was created in August 2018:

And there’s this from the energy sector:

What do these companies have in common?

They tend to come from highly regulated industries with a huge stake in the legislative and regulatory direction of state government.

Democrats targeted nicotine for a tax increase as recently as 2013; another one or a statewide ban on menthol and other flavored cigarettes could hurt sales and the grooming of fresh addicts.

Utility companies here and around the country can increase prices if regulators allow it, while also contending with the prospect of legislation to fight carbon and other emissions.

Pharmaceutical prices have become a favorite populist issue for Democrats, especially in Minnesota. DFL lawmakers spent months hammering Republicans and the drug industry over the rapidly rising price of insulin, and now the industry has waged a counterattack with a lawsuit filed against Minnesota over an affordable insulin bill that went into effect in July.

For these and other industries, the stakes are high.

Education Minnesota contributed $300,000 to the 2020 Fund, $260,000 to the MN DFL State Central Committee and $250,000 to the DFL Senate Caucus, while sprinkling smaller contributions to endorsed legislative candidates. The teachers union is fighting for bigger education budgets — which means better salaries — and collective bargaining rights in the face of attacks on public unions in Wisconsin and other neighboring states.

Advance MN history: Not many races yet, but a lot of winning

Advance Minnesota was formed in August 2018, probably with the express purpose of protecting the GOP majority in the Minnesota Senate, which was at stake that year due to a special election to replace a GOP senator who retired, Michelle Fischbach. State Sen. Jeff Howe of Rockville won the contest, held on the day of the 2018 general election in a year when no other state senator was on the ballot. That victory protected the GOP’s then 34-33 majority. GOPAC provided $115,000 in seed money to Advance Minnesota, and another $110,000 in 2019.

How is Advance Minnesota spending the money? So far this year, the fund has purchased digital ads for Republicans and against DFLers in four Minnesota state Senate races considered competitive, along with one June 15 digital ad buy to support Senate Majority Leader Paul Gazelka, R-East Gull Lake.

In 2019, the fund ran digital ads for state Sen. Jason Rarick, in the special election to fill the open seat in Senate District 11 created when Tony Lourey was appointed commissioner of the Department of Human Services. With Advance’s help, Rarick won that race.

In the suburbs, Advance purchased digital ads in 2019 to support Sen. Paul Anderson, who has since announced he’s retiring; Sen. Warren Limmer, R-Maple Grove, Sen. Dan Hall, R-Burnsville, and against Little. In greater Minnesota, digital ads were run in support of St. Cloud Sen. Jerry Relph and Rochester’s Carla Nelson, who are both Republicans on the DFL pickup list.

Advance Minnesota also received $50,000 this year from the Republican State Leadership Committee, a national group whose stated “mission is to elect Republicans to down-ballot, state-level offices.” Minnesota House Minority Leader Kurt Daudt, R-Crown, is on the executive board of the related Republican Legislative Campaign Committee.

About $81,000 worth of in-kind polling and research came from the Senate Victory Fund, which is the Senate GOP caucus’s main reelection vehicle, chaired by Gazelka; its treasurer is Senate President Jeremy Miller, R-Winona.

In an example of the incestuous — though entirely legal — relationship between these various political tentacles, Miller serves on the Legislative Leaders Advisory Board of GOPAC. The Board’s purpose is to “promote the ideas and policies being implemented at the state level, as well as assist with electing a new generation of Republican leaders.”

Calls to Advance Minnesota’s chair Ted Daley seeking more information about the group’s plans for the 2020 election were not returned.

As clear as Minnesota mud

Campaign finance experts say the way we fund campaigns has become increasingly opaque and harder to comprehend for average people.

“The bottom line here is really that there has been little headway across the country in shining the light on dark money, and it is still a formidable wall between voters and the information they need to make educated choices,” said Pete Quist, research director for the National Institute on Money in Politics, in an email.

Does dropping bags of cash on a race change the outcome? Political operatives say it matters in close races; given the bevy of contests decided by fewer than 500 votes in 2018 and that flipped the Minnesota House, extra money for the extra mail or digital ad at the end can make a difference, they say.

Other times, the money seems wasted. In Minnesota’s recent primary, Rep. Jeremy Munson, R-Lake Crystal, was targeted by mail pieces sent by a rival GOP-aligned political group called MN Jobs Coalition; Munson triumphed in the primary with around 80 percent of the vote.

Quist cited an example of effective outside spending in Iowa politics in his email. After the Iowa Supreme Court ruled same-sex marriage legal in 2009, three of the justices faced retention elections in 2010. The National Organization for Marriage, which advocates against same-sex marriage, engaged in an independent spending campaign to remove the justices. All three lost their retention elections: the first three justices in Iowa history to do so.

He added a caveat, however: “But then Iowa is also a conservative state and perhaps they would have lost anyway.”

As for making the money stream more transparent, Quist pointed to a California law — passed at the urging of then-Attorney General Kamala Harris — that seeks to end the shell game.

“If the dark money group reports another nonprofit as one of the donors,” Quist wrote, “that nonprofit may also be subjected to reporting requirements to account for its share of the money, and so on backward down the line until a real person is identified.”

Will the Minnesota Legislature follow the lead of California and require more transparency?

To the winner belongs the spoils. Should Advance Minnesota’s spending prove ineffective and the DFL under Kent take control of the Senate with the help of a Rockefeller heiress, campaign finance reform may have a chance of going forward in the Minnesota Legislature. 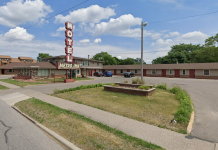 Protecting the Crown: One block’s struggle for safety in Minneapolis after George Floyd

Tobacco, pharmaceutical and other corporate cash finding its way into state Senate races

Trump tells far-right group to ‘stand back and stand by’ in...