WASHINGTON — Rep. Jim Hagedorn said for the first time Thursday that he does not own a mysterious company his office has paid more than $300,000 for printing.

In an exclusive interview with the Minnesota Reformer, Hagedorn said that he has nothing to do with Abernathy West, which hides its ownership structure behind Delaware incorporation paperwork. The comments came one day after a Democratic-Farmer-Labor Party official and campaign finance experts called on Hagedorn to explain his relationship with the company.

“I do not own Abernathy West,” Hagedorn told the Reformer in a telephone interview. “I don’t own it. I have no interest in it. I have nothing to do with it. However those relationships were put together to have our printing done — which was all done in Rochester, Minn., by the way — I was not aware of it.”

Hagedorn’s spending on printing — which recently outpaced what many congressional offices spend on their entire office staff and expenses — has drawn scrutiny after a Reformer investigation revealed the outlays made to Abernathy West and another company owned by a member of Hagedorn’s own staff.

In a previous statement issued on Wednesday, Hagedorn said he fired his chief of staff, Peter Su, in June over the questionable spending. On Thursday, he further explained to the Reformer that he was unhappy about what he was getting in return for the money his office was spending on printing and sending mail, which amounted to about 20% of his annual office budget in just the first three months of the year.

“I was concerned about the fact that we weren’t getting value for what we did,” he said.

Hagedorn, however, declined to answer who does own Abernathy West. He also declined to address questions about payments his office made to the other company, Invocq Technologies, which is owned by John Brevard Sample, who was at least until recently a part-time congressional aide to Hagedorn. Paying a company owned by a staff member is a violation of House ethics rules, according to several ethics experts.

Hagedorn said he would rather wait for the results of an internal review, which is being conducted by well-known D.C. ethics lawyer Elliot Berke.

“We’re going to have our internal review completed. Our lawyer’s working on all that. At that time we will tell you whatever we can tell you about that,” Hagedorn said. “We’ll wait for our independent review. We’ll get it out. We’ll talk about all these things. That should happen shortly.”

Hagedorn’s interview came in response to questions emailed to a campaign spokesman by the Reformer asking why Hagedorn’s personal financial disclosure is late. Candidates and members of Congress must legally file this disclosure to reveal all their financial interests. The disclosures are made available to the public online.

In May, Hagedorn asked for a three-month extension to file his disclosure. The new due date was August 13, but as of August 27, the paperwork has still not appeared online.

Hagedorn said, however, that he did mail his financial disclosure and that whatever delay is causing it not to appear online is not his fault.

“I mailed it at the Mankato Post Office August 13th, high priority mail. My chief of staff also mailed hers the exact same day. Neither of them are posted for whatever reason. We’ve asked the House,” he said.

Records that are filed online appear quickly, but records that are mailed must be entered into the system by professional House of Representatives staff. That can take as long as a month.

On Wednesday, DFL Chairman Ken Martin told reporters he expects Hagedorn will be subject to an ethics investigation on Capitol Hill, and called on Hagedorn to fully explain his office spending. 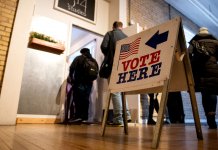 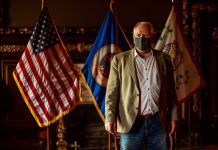 “It only laid bare what was already there”: The Walz Reformer interview transcript 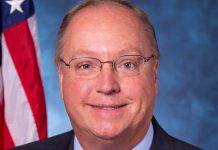 Exclusive: Hagedorn says he does not own mysterious company, Abernathy West

“It only laid bare what was already there”: The Walz Reformer...