The now famous mural of George Floyd on the side of Cup Foods in south Minneapolis was defaced with spray paint Tuesday night and is now covered by a tarp.

Floyd was killed at the hands of Minneapolis police outside the store at 38th Street and Chicago Avenue after an employee called 911 to report he allegedly passed a fake $20 bill. The colorful mural, painted soon after, became the backdrop to Floyd’s memorial service, nearly daily rallies and countless social media posts.

Marcia Howard, a teacher who lives near the intersection, said she and others saw a young white man spray painting Floyd’s eyes and then run when a volunteer security guard at the memorial chased after him.

“The damage was significant in the sense that they messed up the poignant part of the piece: his eyes,” she said. “He could’ve done a lot worse if we didn’t have security there.”

@MNUnitedAF Anyone recognize those jackhole? He came to 38th and Chicago and defaced the [email protected] George Floyd. We ran him out of his flipflops but he smiled for this pic. Whose fan is this? #JusticeForGeorgeFloyd pic.twitter.com/qQtaajmdjQ

She took off after both of them, and said the young man lost his footing a few blocks away, turned north and was caught by another security guard.

“When we find people or apprehend people even in the square, unlike the police we don’t beat their ass. What we do is we start asking them questions,” Howard said.

They asked him who he was, why he did it and if he wanted to go back to the square, which he didn’t. They asked, “Why don’t you call someone?” So he did, and the person who answered called him Daniel, she said.

“He gleefully posed for a picture as if he were happy with what he had done,” Howard said. “He was cagey and I’m being very polite: He was lying through his teeth.”

The security guard asked what they should do with him, and Howard said to “let him go barefoot into the night” because he’d lost his flip-flops during the chase.

“The last we checked he was on the outside of Powderhorn Park,” she said.

As is now the practice for such incidents in what’s informally called George Floyd Square, the police were not called.

“In the square when you do something egregious, we do a thing called talk to you, in some sort of community restorative justice,” she said. “Trust me, it took everything within me to hold certain people back. That’s not the kind of justice that we’re trying to go for. There’s a way to keep people safe and it’s by acting like a community, not acting like a lynch mob. I’m hoping that we’re a model for our own law enforcement officers to follow.”

Afterward, Howard called Cup Foods, which has surveillance cameras, and got the tape of the incident. A Cup employee, who did not want to be named, confirmed they had video of the incident. There were also three or four other witnesses, she said.

“I have his shoes right now,” Howard said.

Within hours, after a few social media posts with “one blurry photo and the name Daniel,” the internet had identified him as a 26-year-old Rochester medical student named Daniel Michelson. When the Reformer called his phone number, his father, Joel, said he’d just learned of the incident within the past hour from law enforcement, who wanted to make sure he was in a safe place in case someone does “something irrational.”

“It was a stupid thing he did. He was drunk and he didn’t know what he was doing. He’s a very good kid, he’s very responsible, was under a lot of stress and over-imbibed and did the most stupid thing he’s ever done in his life, in any of our lives.”

Joel Michelson said his son is “in a safe place” and is working on reconciliation.

“He wants to do everything he can to make restitution,” he said.

He said he has talked to people in the neighborhood involved and will continue to apologize “for the rest of his life.”

“They realize that he didn’t mean to do it,” he said. “It’s just a horrible thing and hopefully it’s not gonna lead to any violence.”

In an interview later, Daniel Michelson said he had gotten drunk alone in his apartment and “didn’t realize what I was doing.”

He has been living alone and taking online classes during the pandemic, and bottling things up, he said, and spiraling until it “came to a head.” He has a couple of siblings who live in the cities but doesn’t see them much, he said.

“This is definitely a turning point for me,” he said.

He said he has no memory of spray-painting the mural, but remembers walking around and running home. After he was shown the video footage, “I was absolutely disgusted because that’s not at all representative of who I am or who I strive to be.”

“It was not something that I did intentionally; I was not in control of what I was doing. I was just out of control. It was not out of hatred or anything like that. It was just uncontrolled and disgusting.”

He said he knows he’s “never going to recover” from this and “that’s fair.”

“I’ve never felt more sick and disgusted in myself,” he said.

He’s working with the 38th and Chicago community to figure out how to “right this,” and said he will pay for repairs to the mural and “anything else.”

“I know it’s going to take a long time,” he said. “I’m thankful they’ve been understanding and supportive.”

He said he supports the Black Lives Matter movement and criminal justice reform.

“This was not a premeditated attack,” he said. “It was some terrible mistake that just doesn’t represent who I am or what I value.”

Asked why he would end up five miles from his apartment with a can of spray paint if it wasn’t premeditated, he said he’d been drinking alone all day and doesn’t remember much.

“I don’t know why I did that,” he said. “I don’t know if I was just trying to create attention… It’s someone I didn’t think I could be.”

Howard said she doesn’t think he was drunk, saying “that (expletive) ran like he was Carl Lewis.”

“The video proves otherwise. He knew what he was doing and he knew why he was doing it,” she said, noting there’s a limit to their peaceful model.

Howard got a text Wednesday afternoon saying Michelson wants to come to the square, but she said she didn’t think that would be a good idea.

No justice, no streets: Among the powerful women who are managing George Floyd Square 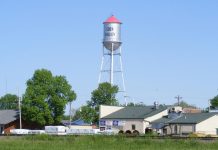 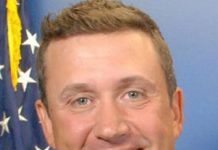