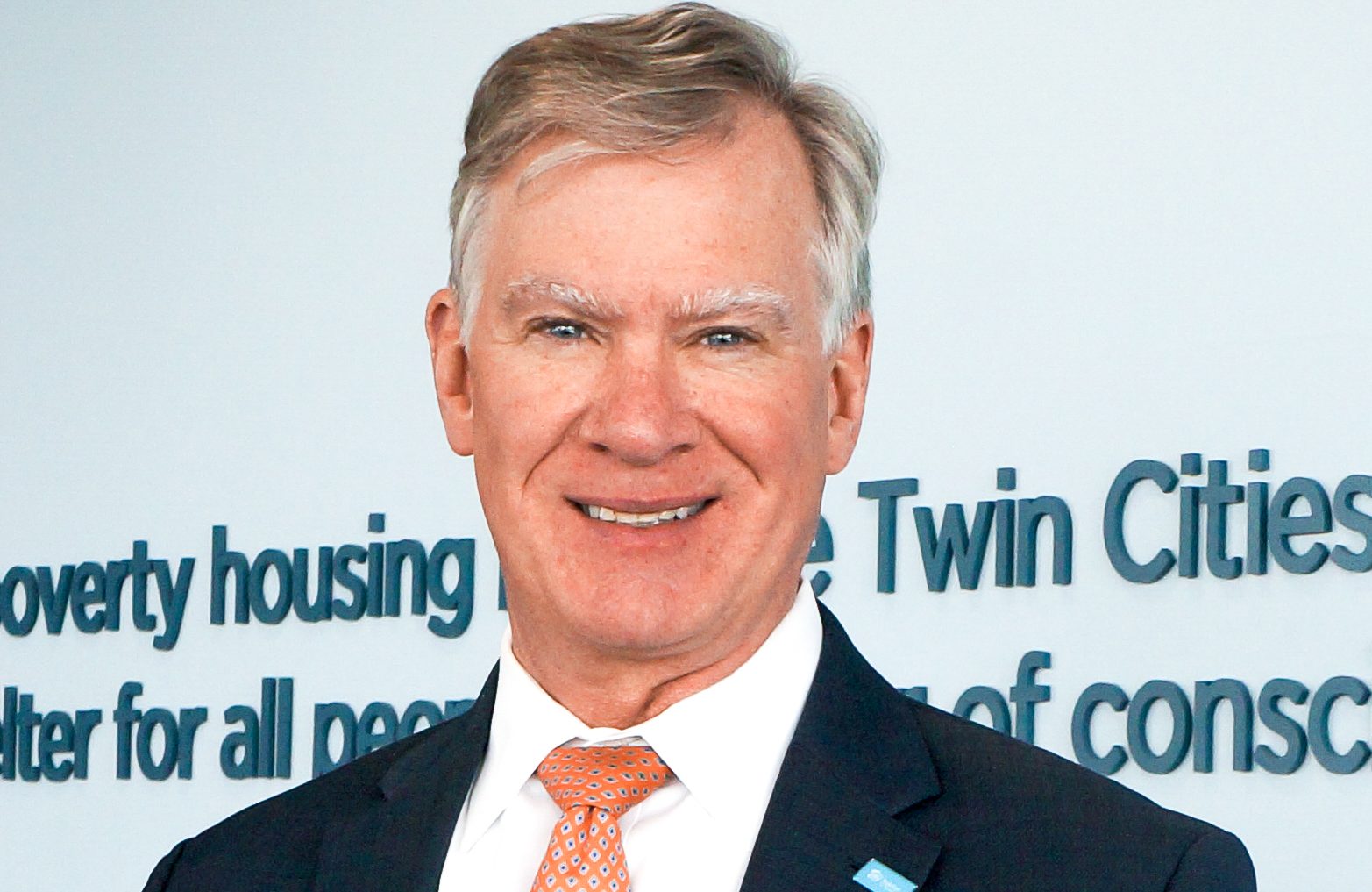 We talked to Chris Coleman, president and CEO of Twin Cities Habitat for Humanity and former St. Paul mayor, about the housing landscape and what Habitat has been up to. His answers were edited for space and clarity.

Chris Coleman: The housing shortage is dramatic in the community, as are the impacts of that shortage where people don’t have stable, safe places to live, where kids can do their homework and learn remotely, where parents are struggling to hold onto their jobs. It’s just exacerbating the challenge that we’ve known has been out there for decades.

Q: Are we seeing more homeless people than usual?

C.C.: You’re obviously seeing a huge increase in the number of people that are unsheltered homeless. When we built the Dorothy Day facility in downtown St. Paul, it was immediately fully occupied. There is a gigantic crisis, there’s a lack of affordable entry rental housing. But I think that sometimes in dealing with the crisis of the encampments and people all over the Twin Cities sleeping on our streets, we sometimes don’t take a longer-term vision and view of the whole of continuum of affordable housing from sheltering the homeless to homeownership. All parts of that continuum need to be addressed.

Q: What do you see as the biggest threat to housing stability?

C.C.: Before the COVID-19 crisis you had huge numbers of people who were in unstable housing situations because rents were going up. The available stock of affordable housing wasn’t keeping up with need. And again on the homeownership side of things, there aren’t enough of our families that own their own homes: 75% of white families in Minnesota own their own home; less than 25% of African-American families own their own home.

You look at how that reflects through all the other disparities that we have in income, in education, in health care, across the board — the fact that generation after generation of Black and indigenous people of color have been really shut out of the homeownership market. It has created a ripple effect in every other part of our community.

C.C.: It’s the difference between family wealth and the ability to pass that wealth down to the generations. My parents grew up poor in Frogtown and in Rondo, but after World War II they were able to buy a home on the GI bill and start building that wealth. Those opportunities weren’t provided to soldiers of coloe coming back from World War II because of redlining and restrictive covenantsmm and so you just have this ripple effect that 75 years later is still playing out in our community.

Q: How did we get to this point with the lack of affordable housing?

C.C.: We saw a lot of predatory lending practices. People were buying homes that they were given “no doc” loans and people could get into it, but if it wasn’t affordable, if the family was paying more than 30% of the household income for their housing, then the risk of losing that housing or not meeting other needs like food and transportation, you were setting families up for failure. The reality is that while incomes are remaining stagnant, the cost of housing is continuing to rise dramatically. We’re now over $300,000 for the average home value in the Twin Cities, and the price of entry-level housing is increasing significantly. So where do families turn that are making $30,000, $40,000 a year? It makes it very, very difficult. I bought my first home in Frogtown for $49,000. That house is no longer available for $49,000, but the wages relative to that haven’t increased anywhere near the value of those homes.

An average wage worker who may be working as a custodial worker in a school or a truck driver or a bus driver, for that person homeownership without support is simply out of reach. And unless we get folks into homeownership all we’re doing is perpetuating the historic inequalities and discriminatory housing practices that have existed for generations.

Q: Is anything being done that’s new and effective?

C.C.: We have greatly expanded the number of families we’re serving because it’s not just the houses that we build. It’s also allowing people to use a mortgage through Habitat that is no more than 30% of their income, which allows them to go out to the open market and buy a house anywhere in the Twin Cities. That’s allowed us to double the number of clients we serve. The challenge is, it’s still just a small part of the overall need because if you’re going to move the needle on that 75/25% inequality, it’s gonna take more than that 100-120 homes a year that we’re helping homeowners get into every year at Habitat.

Q: Do you see much being done on that front beyond what you can do?

C.C.: Folks need to focus on every aspect of the housing continuum. But even though dollar spent on affordable housing is a dollar well spent, affordable rental is palliative, homeownership is curative. If we’re really going to create multigenerational wealth for families of color who have been shut out of that opportunity, then we have to figure out more pathways into homeownership.

Q: What have you learned in this job?

C.C.: I guess I kinda knew but didn’t fully understand how intentional the practices of government were to shut out people of color from homeownership. You know, the redlining, the restrictive covenants, the kind of zoning off parts of city people of color weren’t welcome in. We have to be as intentional about solving the problem as we were in creating it in the first place.

Q: What has Habitat been up to lately?

C.C.: Four years ago, we started the program that allows families to buy existing homes in the community, which has allowed us to increase our scope. So we’re letting people know this is an option to work through Habitat for Humanity. We are trying to work more directly with our multi-generational, foundational African-American families to let them know that there is an opportunity for them to be successful in terms of purchasing a home.

Why do we fast on Yom Kippur?