Myisha Holley’s family didn’t have internet at home when the COVID-19 pandemic hit. She was finishing her college degree and helping her three middle schoolers at home, so reliable internet was essential — and nearly impossible for the St. Paul single mom to find on a budget.

The public library closed before they could borrow a hotspot, which is a mobile device for connecting your computer, tablet or other devices to the internet. None of the three hotspots they received from her children’s charter school provided a usable connection. Holley bought a hotspot through her phone company, but that device didn’t work either.

Holley said she couldn’t get her money back on the faulty hotspot — a significant loss for her low-income family — and her children were struggling with school, sometimes marked absent when their assignments wouldn’t load.

Finally, the family got a working hotspot through the local nonprofit PCs for People, but Holley said she worries about families who can’t navigate the technological hoops she jumped through or pay for service.

With the start of the school year just around the corner, thousands of Minnesota students still don’t have access to reliable high-speed internet — meaning that many will begin another year of at least part-time distance learning with spotty service or no internet connection at all.

Low-income students, rural students and students of color are disproportionately likely to lack reliable internet access, raising concerns that the digital divide will worsen Minnesota’s educational disparities, which are already some of the worst in the nation.

Access to reliable broadband internet is so central to distance learning that it’s as if some students get to take the bus to school, while others have to walk five miles, reducing their learning time. Experts estimate that the average student will have lost seven months of learning due to interruptions during the pandemic — and for low-income students, less likely to have high-speed internet, the loss will be closer to 12 months.

Minnesota advocates are hoping to fill the gap by providing internet connections and computers for students in need, but they face limited resources and support for struggling families.

Roughly 25,000 Minnesota students didn’t have computers or internet at home by late spring, about 3% of the state’s K-12 students, the Minnesota Department of Education estimated. And so far this summer, there’s been little progress getting families online. The Legislature considered but didn’t approve additional funds for state programs aimed at building out broadband infrastructure in rural areas, where about 17% of families don’t have broadband access.

The Minnesota Department of Education recommends — but does not require — that districts provide hotspots and tablets for students who don’t have devices at home during distance learning. A partnership between the state and Minnesota businesses and nonprofits — including Best Buy, Comcast and the St. Paul & Minnesota Foundation — has raised nearly $2 million to bring internet access and computers to students statewide; funds won’t be distributed until late September, however.

For now, families without broadband access are still waiting for solutions. This spring, Lake Shore resident Kathy Moore’s three children spent hours each day waiting for videos to load and redoing lost work, anxious about missing assignments and falling behind because of their subpar hotspot connection.

This year, their school will start with hybrid learning and require students to participate in live online classes three days a week, Moore said — an extra strain on their already-slow connection.

“I’m to the point of surveying neighbors to see if any have space where my kids could do school,” Moore said. “It’s so sad and frustrating.”

‘The urban digital divide is just as real’

The issue isn’t just a rural one — advocates worry low-income urban families will be left behind this fall too. Priced out of traditional internet packages, which can run to $100 per month, thousands of Twin Cities residents turned to hotspots and low-cost internet plans, which worked well for some but left others still struggling with poor connections.

“A lot of people think that the rural areas struggle the most (with internet access) — and they do struggle, that’s a very real thing,” said Mary Lucic, community outreach manager for St. Paul-based nonprofit PCs for People. “But the urban digital divide is just as real.”

Network engineer and tech advocate Ini Augustine said a number of parents across the metro asked her for help with hotspots this spring, and she found that some of the devices were faulty or simply unable to get a strong connection — meaning families still couldn’t get online.

Hotspots can be a gamble because they require cell service, Lucic said. They might work well for families in a certain area, but someone a mile away might be in a dead zone with no service, she said.

St. Paul Public Schools, the state’s second-largest district, distributed nearly 3,000 hotspots in the spring, said spokesperson Kevin Burns. The district expects about 1,900 students will need hotspots again this fall, but they recommend that if possible, families use a more reliable broadband connection through a low-cost plan like Comcast’s Internet Essentials package, available to eligible families for $10 per month.

St. Paul parent Marva Lynn Shellenberger said Internet Essentials got her high school son through distance learning, but the service can be slow, and the 1TB data limit is stressful. The family received a $140 bill this spring for exceeding the caps, and she’s worried they’ll face another steep charge after receiving a notice in mid-July that only 10% of their monthly data remained.

“It’s a helpful program, but at the same time, it could leave you financially distressed,” she said.

Holley said her family tried Comcast’s Internet Essentials plan before the pandemic. Between the data limit and frequent, time-consuming updates, the experience was “the biggest headache on earth” and not worth her $10, she said.

A Comcast spokesperson wrote in an email that broadband speeds through the Internet Essentials plan “ensure households have all they need to remain connected to essential online activities” and support video streaming and video conferencing. The allotted data allows customers to spend 3,500 hours on video calls or stream up to 560 hours of video, the spokesperson said.

With the school year beginning in a few weeks and many districts relying on hotspots and lower-cost internet packages again this fall, some advocates are taking matters into their own hands to get families online.

Anne Hendrickson, owner of Work It in St. Paul, is turning the coworking space into a distance learning hub for low-income students. She’s raising money to fund memberships for 32 students who don’t have broadband or quiet work spaces at home, and so far has received enough to give at least five students full-time access to the space.

“This can be a hub where they can have community and connection. We have super fast internet, a printer, everything they need to be successful,” Hendrickson said.

St. Paul resident Khulia Pringle has been organizing parents across the metro to pressure Comcast to provide better service, following the lead of activists in Baltimore and Philadelphia.

They’re also pushing for school districts and cities to subsidize families’ internet expenses since strong connections will be essential for distance learning this fall, Pringle said.

“Parents are sending their kids to a free public education,” she said. “There shouldn’t be an added cost … Why are parents being asked to give up any dollar?”

To ease the financial burden for low-income families, Augustine, the network engineer, launched Project Nandi this summer with the goal of providing internet and devices to 400 students of color at no cost by the end of the school year.

Between the stress of the pandemic, distance learning, tech issues, George Floyd’s death and the ensuing demonstrations, many Black, Indigenous and other students of color in the Twin Cities were dealing with severe mental health issues by the end of the school year, Augustine said. Augustine said she knew she couldn’t meet all their needs, but she could at least help them get reliable internet and computers.

“(Students) were set up to fail. I understand that everybody was struggling, trying to do this crazy pivot, but the kids never had a chance,” she said.

So far, she has worked with 32 students through Project Nandi, including Holley’s high school daughter. Holley said internet issues and ADHD made distance learning especially challenging for her, and her demeanor changed immediately after Augustine set her up with a laptop and tech-friendly workspace.

The project has been funded by donors and Augustine herself, and she’s fundraising to reach her goal of serving 400 students over the next year. Like Pringle, she wants school districts and governments to dedicate more funding to get low-income families online.

“It doesn’t matter what districts the kids are in — children of color are having the same experience because the digital divide is attached to your income level, which is a race-based thing,” Augustine said. “We need funding, and we need it yesterday. School starts next month.” 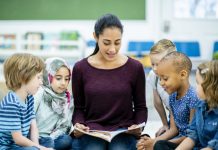 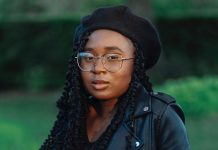 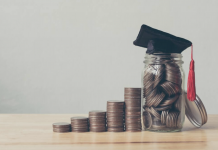