The Colorado Democrat is sponsoring a bill in the House that would ban three common chemicals, revamp the process for approving new products and allow cities to adopt stricter standards.

The Neguse measure would have to go through the ag-friendly Rep. Collin Peterson, the Minnesota Democrat who chairs the House Agriculture Committee. And it faces opposition, including from Neguse’s home state Colorado Farm Bureau. But supporters say they are laying the groundwork for an eventual change in federal law.

The bill would outlaw insecticides and herbicides that safety advocates say can cause neurological damage, increase the risk of developing Parkinson’s disease and hurt populations of bees and other pollinators.

Neguse would also revamp how new pesticides are approved, closing what the bill’s supporters say are loopholes in the current system that allow pesticides to remain on the market even when research shows negative health effects.

Under the existing framework for registering pesticides, the U.S. Environmental Protection Agency can allow exemptions for pesticide uses without a thorough regulatory review. The EPA’s inspector general has criticized that process.

Critics say the current framework is too permissive and allows U.S. growers to use pesticides banned in the European Union and Canada.

The Neguse bill, which is sponsored in the upper chamber by Sen. Tom Udall, (D-N.M.), would be the first major redo of federal pesticides law since 1996. It creates an expedited review process for chemicals the European Union considers unsafe.

“It gets at, basically, the inability to remove pesticides from the market that turn out to be dangerous,” said Brett Hartl, government affairs director for the Center for Biological Diversity, a national group that advocates for endangered species protections and supports the bill. “We’re using pesticides that often have been approved 30, 40, 50 years ago. Because the bar is so high and so tilted toward industry that … it allows industry to keep them on the market forever.”

But Colorado farmers say the health risks are exaggerated. They say the existing framework is adequate and the bill would make their jobs needlessly more difficult.

“It’s not a broken thing that needs fixing,” said Zach Riley, the director of public policy and national affairs at the Colorado Farm Bureau.

When used appropriately by trained growers, the pesticides the bill would ban are safe, he said, and limiting the use of pesticides would make food production more difficult and expensive.

“You’re taking away a necessary tool that makes things affordable and easy to accomplish this goal of growing food,” he said. “When you take away a tool from somebody’s toolbox, it makes things much more costly and difficult. …If you’re losing crops to either insect infestation or weeds or anything like that, you’re losing money.”

An industry-backed economic study valued neonicotinoid use at $1.4 billion for U.S. and Canadian farmers.

In a news conference introducing the legislation, Neguse said the city of Boulder, Colo., was an early supporter of the bill and part of the reason he sponsored it.

The bill includes a provision the city has advocated. It would allow cities to regulate pesticide use and set higher standards than state and federal authorities.

In March, the city approved a list of 67 state and federal policy goals that included the ability to regulate pesticides at the local level.

“It does not make sense… to deny local decision makers the option to adopt better protections when they decide that minimum standards set by state and federal law are insufficient,” the document said.

The document is not specific about what regulations it would employ if given the opportunity, but raises concern that pesticide use is linked with negative health effects in humans and wildlife, and climate change.

“Boulder’s going to want to go a lot farther than other local governments,” said Hannah Collazo, state director of Environment Colorado, a liberal environmental advocacy group. “But right now, they don’t even have the power to regulate pesticides.”

Collazo, whose group pushed state legislation to ban noncommercial use of neonicotinoids, said pesticide regulation is important to people throughout the state.

“I would definitely say that there’s a huge appetite, even over other environmental issues, to address this,” she said.

The Colorado Department of Agriculture says pesticides are one of several threats facing bees and others pollinators, which are important for food production. Insects pollinate about three-quarters of food grown in the U.S., Collazo said.

Products like neonicotinoids that target all insects, including those that are beneficial for food production, can ultimately cause more harm than good because they remove predators of the insects that eat crops, said Beth Conrey, a Berthoud-based beekeeper and co-chair of the People and Pollinators Action Network, a Colorado group that advocates for pollinator habitat protections and against pesticide use.

“Somewhere along the line, we decided that most bugs are bad, and that is absolutely false,” Conrey said. “Most bugs are beneficial and in a lot of senses we have created more bad bugs with our treatment methodologies.”

‘Stake in the ground’

The bill, which has the support of national environmental groups and a handful of Democrats in Congress, represents a starting point for a policy that even supporters say would likely change as it takes years to become law.

Udall, who is retiring at the end of the year, said the bill would be a tool to educate members of Congress and advocacy groups about the shortcomings of the current system. He likened it to a chemical safety law former Sen. Frank Lautenberg introduced in 2013 that didn’t become law until three years later.

Neguse said the bill would stake out the position of those advocating for stronger pesticide regulations.

“Us putting a stake in the ground in terms of what reform looks like in this sphere in my view is a positive step,” Neguse said at the news conference. “Our hope is we can build on that, if not [this year], then we’ll certainly carry the baton into the [next] Congress.” 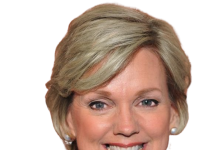 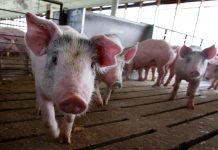 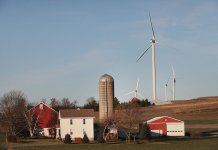 Wanna know where you can get clean energy? We’re tryin’ to build an app for that.