Since late March, Hennepin County has spent $50-69 per night, per room on nearly 100 hotel rooms for homeless people who have COVID-19 or are awaiting test results.

Each night, most of them are empty. Some nights, all but a few are.

The cost to the county has been over $1 million to provide rooms for about 250 people to recover from COVID-19, or $4,000 per person in hotel costs.

David Hewitt, who directs the county’s office to end homelessness, said back in March, his concern was not having too many rooms, it was not having enough.

“Early on there were projections coming out of the state’s Interagency Council on Homelessness that suggested we were going to need a lot more isolation space than we actually have,” Hewitt said.

The difficulty of forecasting the spread of the coronavirus leads to inefficient government spending at a time when state and local governments are staring down budget shortfalls and record numbers of Americans need assistance.

Early models that predicted a surge of COVID-19 cases also motivated the state to spend $5.5 million in May to buy a warehouse in St. Paul to turn into a temporary morgue to store thousands of bodies. Around the same time, New York City was storing bodies in refrigerated semi trailers. The surge in deaths never came — yet still might — and the warehouse is used to store personal protective gear.

While Hennepin County’s two isolation hotels have sat mostly empty, it’s kept three other hotels full with more than 500 people experiencing homelessness who are seniors or otherwise at high risk of becoming very sick if infected with COVID-19.

Hennepin County has spent about $8.9 million to date on the hotels in an effort to avoid a major outbreak in shelters, where social distancing is virtually impossible and a majority of people have chronic physical illnesses. Ramsey County and non-profits have also spent millions leasing hotels rooms for homeless people.

Those efforts have been successful so far in that Minnesota’s shelters have not become hot spots like elder care facilities and shelters in other cities. Only 239 of Minnesota’s more than 60,000 confirmed COVID-19 cases are people experiencing homelessness.

But the number of hotel rooms is far smaller than the number needed to get people living outside off the street, and the Twin Cities are currently confronting a worsening homelessness crisis with hundreds of people sleeping outside.

At the height of the unrest following the police killing of George Floyd, activists commandeered a hotel in south Minneapolis for hundreds of homeless people. The waiting list for a room stretched beyond 400 before the effort collapsed and people moved to the nearby Powderhorn Park and then on to parks throughout the city.

Shelters for single adults continue to be full nearly every night, and the county and nonprofits together are leasing nearly 700 hotel rooms. The extent of the crisis has put pressure on local politicians who have appropriated millions for additional shelter beds, although most won’t materialize before winter.

Even so, Hewitt says the county needs to keep the isolation rooms empty and available for people infected with the virus should Hennepin County shelters see an outbreak.

“The challenge is that we don’t exactly know how much we’re going to need tomorrow,” Hewitt said.

The 99 rooms designated for isolation are spread across two hotels, with one location serving families and another for single adults. The county has typically kept those two groups apart, Hewitt said, and also doesn’t trust that it could prevent the coronavirus from spreading if they moved healthy people in.

“The high likelihood of interaction and exposure is such that we would not co-locate those with COVID-19 with a population that we’re trying to keep away from COVID-19,” Hewitt said. 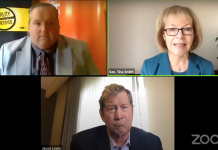 In debate, Jason Lewis veers into debunked conspiracy theories about wildfires in the West 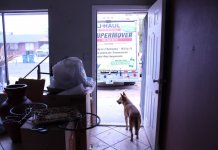 Why the eviction moratorium is so important for the Minnesota economy