“We are in a state of emergency,” said Hennepin County Commissioner Angela Conley at a news conference on Tuesday. “We are seeing unprecedented numbers of people living outside in places unfit for human habitation. This is a public health nightmare.”

Lt. Gov. Peggy Flanagan, Minneapolis Mayor Jacob Frey, Hennepin County Board Chair Marion Greene and Conley were joined by non-profit leaders outside a box factory near Cedar and Hiawatha avenues, which will soon close and be converted into a 50-bed shelter.

The three shelters will receive $1.8 million from the state, $8.3 million from the city, and $9.3 million from the county, all coming from federal COVID-19 aid funding passed by Congress in March. Each will be targeted toward specific populations — Native Americans, Black women and the medically vulnerable — who are disproportionately likely to experience homelessness and are often unable or unlikely to stay in traditional shelters.

While the announcement was made in the mid-summer heat, the beds won’t become available until temperatures fall below freezing. The shelter aimed at Native Americans is scheduled to open December 1, while the other two won’t open until next year. That means the looming problem of finding shelter space for hundreds of people camping in city parks before winter is still largely unresolved.

The economic fallout from COVID-19 is wreaking havoc on city and county budgets while threatening to displace even more people in the coming months when unemployment dollars dry up, eviction moratoriums lift and the threat of another wave of coronavirus cases dampens the economic recovery.

At Tuesday’s press conference, Flanagan announced the state would direct an additional $19 million in federal coronavirus aid toward addressing homelessness on top of the $100 million the Walz administration has already allocated for rental and mortgage assistance.

“Minnesota has a housing crisis,” Flanagan said. “And this has never been more clear than in the past few months from those who are experiencing homelessness and living outside to those Minnesotans paying for more in rent than they can actually afford.”

Since COVID-19 led public places and transit to shutter in April, large encampments have popped up across south Minneapolis. The largest formed in Powderhorn Park following the eviction of hundreds of people from a former Sheraton hotel, which activists had commandeered at the height of the protests and riots after the police killing of George Floyd. A survey found 45% of people living in the two Powderhorn Park encampments were Native American. One of the encampments was cleared by Minneapolis Parks Police a week ago over growing concerns of violence and sexual assault.

The shelter aimed at Native Americans near Cedar and Hiawatha avenues will be run by the American Indian Community Development Corporation, which operates culturally specific affordable housing projects and shelters in the East Phillips neighborhood.

It sits next to a six-story, 110-unit affordable housing development being built by the Red Lake Nation and scheduled to open later this year. Less than two years ago, it was the site of a temporary shelter set up to house 175 people from what was then the largest homeless encampment in state history.

Mike Goze, CEO of the AICDC, says they’ll move quickly to convert the 100-year-old box factory — where he worked for a time in the 1970s — into a 24-hour shelter for men and women with staff to connect guests to mental health and chemical dependency treatment and housing support.

“Our community has been devastated by opioids, homelessness and COVID-19, but we work as a community together,” Goze said.

In north Minneapolis, the county will buy a vacant school to turn into a shelter designed for Black women, a first-of-its-kind, according to Conley. The Gordon Center could open by February.

The third shelter — developed by Catholic Charities — will provide 30 shelter beds for veterans and the medically vulnerable. It’s part of a larger project in downtown Minneapolis, called Exodus 2, which will have 167 affordable housing units and is scheduled to open next fall.

Since April, the county has been spending about $3 million per month to shelter about 600 homeless people in hotel rooms to limit the risk of a coronavirus outbreak in the shelter system. Many are seniors or medically vulnerable. The county has also helped all shelters stay open 24-hours a day so that people aren’t forced to leave each morning; county officials are weighing buying hotels with federal coronavirus relief money to sustain the increased shelter capacity after the pandemic ends.

“We have a homeless crisis in our city and it has been compounded by so many different issues, from an economic downturn to a global pandemic to an opioid crisis to the deinstitutionalization of mental hospitals with no clear replacement,” Frey said. “Housing is a right. Everyone should have that roof over their head and that is exactly what we are working toward right now.” 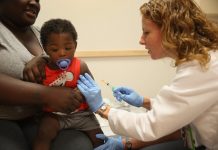 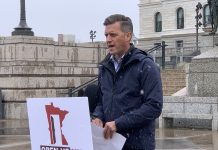 COVID-19 outbreak among Minnesota GOP lawmakers, staff widens to include at least one House member 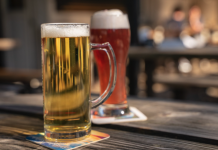