Home Commentary If you want to save the Boundary Waters, this election is pivotal
Facebook
Twitter
Email
Print

America’s first great conservationist president, Theodore Roosevelt, once observed that, “we have fallen heirs to the most glorious heritage a people ever received.” In Minnesota, when thinking about our Boundary Waters, it is impossible to disagree. In the Boundary Waters, we are blessed to be the stewards of 1.1 million acres of the wildest, most beautiful country on God’s green earth, containing some of the cleanest, freshest water in the world.

It is a watery paradise for more than 150,000 visitors every year who go to experience the wondrous solitude of nature, challenge themselves in ways they never thought possible, and return refreshed, renewed, and reinvigorated. It is a centerpiece of Minnesota’s youth programming, where thousands of kids learn confidence, deepen their connection to the natural world, and learn the life lessons that will form the bedrock of strong character and daring imagination. And it is an economic engine for communities on the Wilderness edge, the great beating heart out of which flows the livelihoods of thousands of outfitters, small business owners, and the myriad others drawn to the magic of Minnesota’s great northwoods to live and work.

And yet, inexplicably, we are on the precipice of throwing this all away.

And for what? For a toxic sulfide-ore copper mining operation that promises a handful of jobs? For a cadre of special interests who have bizarrely staked their political capital on the destruction of one of this country’s most valuable natural resources? For a billionaire Chilean mining mogul with the money, power and connections to pull strings at the highest levels of the most corrupt federal government in modern American history? It would be farcical were it not so tragic.

Despite the overwhelming will of the people, despite the clear science and economics, and despite the obvious tricks and schemes being used to push this risky mining operation forward, many Minnesota politicians — with notable exceptions like U.S. Rep. Betty McCollum and the co-sponsors of her Boundary Waters protection bill pending in the U.S. House — continue to sit on their hands while the Trump administration hands over our Boundary Waters to special interests.

There is a maxim in politics: “Politicians don’t see the light until they feel the heat,” and it is time to turn up the heat.

Earlier this week, the Action Fund announced its 2020 election program, which will include endorsing and investing in races up and down the ballot. First to be endorsed were candidates for the U.S. House. Between now and November, voters will learn which candidates support the Boundary Waters and which don’t. We know they are paying attention

When Theodore Roosevelt said, “We have fallen heirs to the most glorious heritage a people ever received,” he immediately added, “And each one must do his part if we wish to show that the nation is worthy of its good fortune.”

Now is the time for every one of us to do our part for the Boundary Waters. We must elect candidates who will actually fight for the beauty and wonder we had the great fortune to inherit, and ensure that we pass along this cherished legacy to our children and our children’s children. 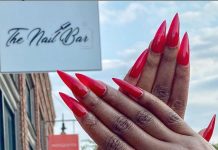 If you want to save the Boundary Waters, this election is pivotal