Home Government & Politics The rent is coming due. Will Congress offer more relief as it...
Facebook
Twitter
Email
Print

WASHINGTON — The nation’s political leaders return to the capital this week with their sights on a fifth — and perhaps final — round of COVID-19 relief before the November elections.

The stakes are high and the timetable is short: Three weeks remain before Congress is set to adjourn for its August recess — though House leaders have said they may delay recess if needed to reach a deal. After Congress adjourns, prospects for bipartisan compromise will cool as the election season heats up.

In the meantime, unemployment benefits keeping millions of people financially afloat in the midst of a deep recession are set to expire in a matter of days.

The rent is also coming due at the end of the month — just as a moratorium on evictions from certain types of housing approved in an earlier relief package is about to end.

Schools are preparing to reopen as COVID-19 infections surge across the country — but many teachers and administrators lack the resources they need to do so safely.

Health care workers are bracing for an influx of patients as hospitalizations rise — and at the same time face new shortages of masks, gloves and other protective equipment.

And many state and local governments are reeling from massive revenue shortfalls as a result of nationwide shutdown orders, threatening essential programs and services in cities and towns across the country.

“They’re getting hit with a double whammy: greater expenses, less revenue,” Senate Minority Leader Chuck Schumer (D-N.Y.) told reporters Friday on a conference call. He accused Republicans of dragging their feet on another round of coronavirus relief but said they’ve finally “woken up” to the need for another package.

Senate Majority Leader Mitch McConnell (R-Ky.) is expected to unveil his party’s proposal when the Senate returns next week.

The GOP proposal will reportedly carry a price tag of around $1.3 trillion, and McConnell said at a press event in Kentucky this week that it will focus on schools, jobs and health care, according to Politico. The GOP bill will also likely include liability protections to shield businesses, schools and other organizations from lawsuits as they reopen amid the pandemic.

A bipartisan group of a dozen House lawmakers backed such protections in a letter to congressional leaders this week. Minnesota DFL Rep. Collin Peterson, who is in a tough reelection battle in the Republican leaning Seventh Congressional District, was among those who signed.

Extending employment benefits is also likely to be a point of negotiation. McConnell said this week basic unemployment benefits are “extremely important” but called the level provided in the last coronavirus package a “bonus not to go back to work.”

President Donald Trump, meanwhile, wants a payroll tax cut in the next package — but the idea hasn’t gained much traction on Capitol Hill. Nor has his threat to deny federal education funding to school districts that don’t resume full-time, in-person learning.

U.S. Sen. Lamar Alexander, a Tennessee Republican who chairs the Senate Health, Education, Labor and Pensions Committee, wants to provide more federal funding for schools as they prepare to reopen. “We should also give states new funding to distribute to those schools and colleges that incur additional expenses because of meaningful plans to open safely with students physically present in classrooms,” he said in a statement Thursday.

Schumer said McConnell is drafting the proposal without input from Democrats — a strategy that he said would fail.

“We have not heard a peep out of McConnell, or the Republicans or the administration on any proposal,” Schumer said. “McConnell should learn his lesson. He’s gotta sit down and negotiate with Democrats … to get anything done.”

Schumer and House Speaker Nancy Pelosi, D-Calif., are making a strong push for the Heroes Act, a $3 trillion relief measure that passed the U.S. House in May but has met resistance in the Senate.

That bill has a $100 billion “education stabilization fund,” but Pelosi said Thursday, “We will probably need more money” given the recent surge in infections across the country.

The Heroes Act would also extend weekly unemployment benefits of an extra $600 per week through January. It would also send $1,200 payments to individuals, building on a $2.2 trillion bill passed in March that sent checks of up to $1,200 to eligible adults with an additional $500 to parents with eligible children. And it has $175 billion to help Americans make rent and mortgage payments, a provision Pelosi called “urgent.”

Another key provision: $1 trillion for state, local, territorial and tribal governments to help them continue services and programs. So far, 1.6 million public-sector jobs have been lost, nearly three times as many as were lost during the entire Great Recession, Schumer said.

The House also passed a $1.5 trillion infrastructure package in July that would support transportation projects, school construction, affordable housing and access to high-speed internet service in rural and underserved areas, as well as water and electricity infrastructure, hospitals and health centers, coastal restoration and more.

House Democrats are also slated to take up new legislation soon that would provide billions in funding for child care providers and for child care infrastructure and child care grants and tax breaks for essential workers. Senate Democrats, meanwhile, unveiled proposals to support communities of color and are pressing for a $50 billion child care bailout.

On Thursday, Pelosi also called on Trump to fully invoke the Defense Production Act, which gives the federal government special powers to support the military or protect homeland security and could support the production and distribution of personal protective equipment. And she wants stronger federal standards to protect workers from infection. In March, a bipartisan group of lawmakers called for aggressive use of the act to better meet supply needs.

Pelosi predicted she would ultimately prevail in an interview Thursday with Bloomberg’s Balance of Power. “I have no doubt they will come around,” she said. “In the beginning, they said, ‘No, we have spent enough money.’ Now they’re at $1.3 trillion.” Still, she said, “that’s not enough.” 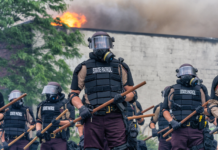 The rent is coming due. Will Congress offer more relief as it gets back to work?