Two months ago, U.S. Attorney General William Barr ignited another firestorm in a season of judicial wildfires when he abruptly dropped charges against Michael Flynn, the disgraced former national security advisor who admitted multiple times to lying to the FBI during the inquiry into Russian interference in our elections. When asked whether he was worried about the judgement of history on his decision, Barr defiantly declared,  “Well history is written by the winners, so it largely depends on who’s writing the history.”

It’s not hard to see who benefits from this attitude. The “winners” are usually the rich, the powerful and the connected. It’s why Barr can so eagerly accept the role of de facto personal attorney for the President and create a hyper-politicized Justice Department. After all, who is more powerful than the president of the United States? And the Department of Justice under Barr is a department more focused on “winning” — as defined by Trump and his cronies — than justice. Barr leads a DOJ focused on protecting the president and his enablers by trampling on civil rights and stripping away the hard-fought protections Americans have fought for. When protesters were tear gassed outside of Lafayette Square in Washington, D.C. so that President Trump could set up a photo-op outside a nearby church, Barr defended it. Even though the stunt was an intimidation tactic that blatantly defied the First Amendment in an effort to enact retribution on the president’s most vocal opponents.

That’s Barr’s approach to the role of the nation’s top law enforcement officer.

It’s a classic playbook move for the Barr DOJ. Using his office for political retribution is a long-standing tactic of this administration, and one they’ve encouraged among many Republican state attorneys general as well. Both Barr and his Texan protégé, Attorney General Ken Paxton, have taken their fights to President Trump’s other political rivals.  Trump has his sights set on major tech companies and their perceived biases, having tried through executive orders to limit their online freedoms.

Now the President’s paranoia has a legal platform as both the Barr Department of Justice and Ken Paxton are leading investigations into tech companies under the antitrust moniker, bending antitrust powers to suit their own political wishes.

This defense of the rich and vested isn’t just relegated to Barr. Other Republican attorneys general have taken a similar approach. Scott Pruitt, before he resigned in disgrace from the Environmental Protection Agency, established the “first federalism unit to combat unwarranted regulation and overreach by the federal government,” as Oklahoma attorney general, all while taking nearly $350,000 dollars from the oil and gas industry.

Clean Power Plan that would have reduced climate pollution and cleaned our air. Twenty Republican attorneys general have sued to overturn the Affordable Care Act, the primary beneficiary of which would be the uber rich, who would see a sizeable tax cut. The new cause celeb among them is preventing mail-in voting, which in the middle of a pandemic would allow more Americans to safely exercise their right to vote.

All of these actions have a common thread, keeping power in the hands of the “winners.”

Contrast that with the kind of attorney general we have here in Minnesota, most recently Keith Ellison, who is more concerned with protecting the people than the powerful. From leading the prosecution of the officers involved in George Floyd’s death to recently filing a lawsuit against polluters like ExxonMobil for fraud and false advertising in their connection to climate change, Ellison shows that it’s possible to use our state’s most powerful legal office to protect the rights of our citizens, not just those in power.

It almost wasn’t that way in Minnesota.

Ellison took a gamble when he gave up his safe congressional seat. He weathered political attacks but came through the other side and has led the way on issue after issue that matters to everyday Minnesotans, whether it’s protecting out health care by fighting against efforts to overturn the Affordable Care Act or taking strong action against price gougers during the pandemic.

Who holds the legal power in our country matters. We’re lucky in Minnesota to have an attorney general who puts people before power. 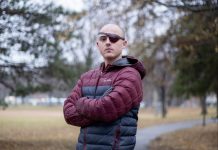 Tale of two attorneys general shows the power, importance of the office

ABOUT US
The Minnesota Reformer is an independent, nonprofit news organization dedicated to keeping Minnesotans informed and unearthing stories other outlets can’t or won’t tell. We’re in the halls of government tracking what elected officials are up to — and monitoring the powerful forces trying to influence them. But we’re also on the streets, at the bars and parks, on farms and in warehouses, telling you stories of the people being affected by the actions of government and big business. And we’re free. No ads. No paywall.
Contact us: [email protected]eformer.com
FOLLOW US
© Minnesota Reformer 2020
Adjust Font Size
MORE STORIES