This story and headline has been corrected to reflect that lawmakers will be meeting, though spending much of the week in recess.

Another special legislative session convened Monday, but won’t last long as party leaders plan to spend much of the week in recess while trying to reach deals on police reforms and a major infrastructure bill.

Senate Majority Leader Paul Gazelka, R-East Gull Lake, said the first thing the Senate will do today is again vote to end Gov. Tim Walz’s emergency powers to respond to the COVID-19 pandemic. The House is unlikely to follow suit, however, once again leaving the governor’s powers intact.

Then the Senate will recess for up to a week while waiting for bills to come out of the House, Gazelka said.

With all 201 House and Senate seats up for grabs in the upcoming election, the challenge of reaching any agreement in the divided Minnesota Legislature will only intensify with every passing day.

House Speaker Melissa Hortman, DFL-Brooklyn Park, said she and Gazelka decided rather than rush through legislation in the next 24 to 48 hours, they will return July 20 to pass any agreements they can reach by then.

Gazelka claimed “The emergency part of the pandemic is over” — citing declining deaths and ICU bed usage — and said he opposes a statewide mask mandate that Walz is mulling.

Coronavirus cases are actually rising, and hospitalizations and deaths are a lagging indicator.

Gazelka said schools should open this fall but allowed that school administrators and school boards make decisions if cases arise.

“To close it down completely, we already discovered that all kids but particularly kids of color go farther behind when they don’t have the classroom setting, and so I think schools are essential, and we have essential businesses, I think we should be calling schools essential as well,” he said.

Hortman disagreed, saying rising COVID-19 cases in other states and disturbing trends in Minnesota make it clear the emergency isn’t over.

Gazelka said Republicans have reached agreement with Democrats on a $1.35 billion bonding bill linked to a tax cut for businesses, but the bill must originate in the House and he’s not sure Democrats have the votes to pass it. The infrastructure bill is known around the Capitol as the “bonding bill” because it spends borrowed money, which also means it requires a 60% supermajority of votes in both chambers. “(Hortman) and I have agreed that it’s a fair bill but I cannot speak for the House.”

Hortman said with the state economy in “rough waters,” it’s important to move forward on the infrastructure bill.

Democrats agreed to link the bonding bill to tax cuts to get the Republicans on board, she said. Hortman said conservative Republicans don’t like to borrow more than $1 billion but agreed to $1.35 billion if a tax cut is included. The Ways and Means Committee will meet at 8 a.m. Tuesday to work on that bill.

Gazelka said they’ve reached areas of agreement on police accountability since the last special session, but wouldn’t say where. Hortman said it’s urgent that Minnesota make systemic changes in policing that have real accountability, rather than just “more rules and more training.” She’s optimistic an agreement will be worked out on both the bonding bill and police reform.“Failure is not an option,” she said.

“The world is watching Minnesota,” she said. “This is our problem; we have to address it.”

Regarding concerns that Republicans have focused more on the civil unrest that followed George Floyd’s death in recent hearings, Gazelka said police accountability was already a focus. “The lawlessness issue has not been been aired and that’s why we wanted to have it for the record — what happened and when so we would not forget it.”

Hortman called the Republican hearings on the civil unrest and riots “deeply offensive.” She said every one of those hearings should start with a video of Philando Castile and Floyd’s dying moments in police custody to explain the civil unrest.

Also still on the table is a $58 million supplemental budget that includes a pay increase for personal care aides, which is considered hazard pay for COVID-19.  And the Promise Act passed by the House to help businesses damaged during Floyd protests. 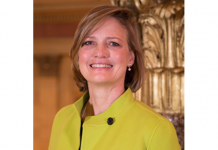