In a contested state Senate race in northeast Minnesota, Robyn Smith is the candidate for the Legal Marijuana Now Party, but most of her political energy on social media is devoted to supporting President Donald Trump, gun rights and other right wing causes.

Although Smith said in a Reformer interview that she thinks cannabis should be legal, she also acknowledged she had been recruited to run on the marijuana ticket by a Republican, though she declined to name the person.

She also said she’s happy to help the GOP retain its state Senate majority by siphoning votes away from DFL challenger Rita Albrecht, who is running against state Sen. Justin Eichorn, R-Grand Rapids.

“I’m not going to lie about it. I’m not a politician,” she said.

And she’s not alone. A number of Republican-seeming Minnesotans are running as Grassroots-Legalize Cannabis Party or Legal Marijuana Now Party candidates, which could shift votes away from the DFL and help Republicans in November in races that could be decided by a few hundred votes or fewer.

And, any scheme to help Republican candidates in November — be it coordinated or not — will badly damage the effort to legalize cannabis, which has been gaining momentum in Minnesota since the 2018 election.

That’s when the two legal marijuana parties each attained major party status by winning at least 5% in a statewide race and collecting votes in every county.

More important, a DFL majority took control of the Minnesota House. And, unlike his DFL predecessor, Gov. Tim Walz is in favor of legalization.

The only thing standing in the way: The Republican-controlled Minnesota Senate, which held a single hearing on a legal marijuana bill in 2019 and quickly rejected it. Senate Majority Leader Paul Gazelka, R-East Gull Lake, has vowed opposition, which means it’s unlikely to even reach the floor for a vote if he remains leader.

Republicans hold a 35-32 majority, which means the DFL needs to flip two seats.

Smith is unapologetically standing in the way in the Eichorn race in northeast Minnesota.

Asked about her support for Trump, she criticized Democrats who oppose him: “Every time you turn around they’re trying to criticize him or get him impeached. The Democrats are a bunch of phonies,” she said.

She said she believes the now fired Minneapolis Police Officer Derek Chauvin and his three fellow officers should be punished in the killing of George Floyd, but questioned why Floyd — who she called a “thug” with a criminal record — was being made into an “icon.”

“What about Justine?” she asked, referring to Justine Damond, the white woman killed by Mohamed Noor, an officer of Somali descent, in 2019. “Why don’t you make her an icon?” she asked.

As for the recent unrest and rioting after Floyd’s death, Smith said, “The blacks are making it worse.”

Marty Super, outgoing chair of Legal Marijuana Now Party, said Smith’s candidacy is distressing, though not unexpected because anyone can file for office under a party’s banner.

“We always said, ‘What if we get to be a major party status — then this is something we have to worry about,” Super said. Major party status means the party doesn’t have to go through the onerous process of collecting signatures to get on the ballot, but the downside is that it allows interlopers to file for office.

Super said the party infrastructure would likely alert its supporters of the Smith situation on their social media channels, though he acknowledged that’s unlikely to reach many people in the Grand Rapids district Republicans are desperately defending.

In the Northfield area district currently represented by Rep. Rich Draheim, R-Madison Lake, the Grassroots-Legalize Cannabis Party candidate is Jason Hoschette, who did not respond to a text message.

A Twitter search of “Jason Hoschette” revealed someone of that name has been to Twins and Vikings games with Pat Kaluza, who is a Republican Senate aide and chair of his local GOP Senate district organization, according to his Twitter profile. The mentions appear to have been deleted since the Reformer inquired about them with Kaluza, who did not reply to a Twitter direct message.

In another state Senate race, Sen. Dan Sparks, DFL-Austin, is in a tough re-election battle with Republican Gene Dornink in a district won overwhelmingly by President Donald Trump in 2016.

The Legal Marijuana Now Party candidate Tyler Becvar posted a video for his putative opponent Dornink on his Facebook page on May 25, according to a screenshot obtained by the Reformer. His Facebook page is filled with support for Trump and attacks on Democrats, with some George Soros conspiracy theories, as well. Becvar did not respond to a text message.

Adam Charles Weeks, the Legal Marijuana Now Party candidate in the 2nd Congressional District, was as recently as early May castigating “liberals” for “framing Trump” in the “shame of a Russia probe” while applauding Michael Flynn, who admitted to lying to the FBI during the investigation into the Trump campaign’s ties to Russia. His Facebook page, which has changed significantly since he filed for office, had been a stream of pro-Trump, anti-Democratic posts during the 2016 and 2018 election cycles.

But he said he’s changed.

“(Trump) said some stuff I wanted to hear,” said Weeks. “And I was wrong. We evolve as people. If we don’t evolve and become better people, then who are we?” Newer posts show participation in demonstrations protesting the police killing of Floyd. And, as for marijuana, Weeks said he’s both an advocate for its legalization and a regular user.

In some instances, the ties between Republicans and marijuana legalization candidates are barely concealed.

Rae Hart Anderson ran for the U.S. Senate as a Republican in 2018, and her tweets from that year show a woman who was a strong supporter of Trump, a foe of abortion and an apologist for separating children from parents who try to cross the border illegally.

A Rae Hart Anderson tweeting with the handle @GodisHere2day4U continues to keep the MAGA faith, including a photo of Trump and First Lady Melania Trump as her background.

What you won’t find her talking about is marijuana policy, even though she’s running in a primary to be the standard bearer for the Grassroots-Legalize Cannabis Party.

If she wins her primary, she can take the votes of progressives who may not know her background but are looking for an alternative to moderate DFL U.S. Rep. Collin Peterson, thus handing the election to his Republican opponent, Michelle Fischbach or Dave Hughes.

Hart Anderson did not respond to texts or emails, and it’s not clear she wants anyone to inquire about her campaign. On her candidate filing with the secretary of state’s office, she gives no campaign address or email. For a phone number, she lists: (999) 999-9999.

Which is not a working telephone number.

Chris Wright, a leader of the Grassroots-Legalize Cannabis Party, said the party is actively working to defeat Anderson in the primary against an authentic candidate, Kevin Shores.

The 7th Congressional District features another questionable marijuana candidate, as does a competitive state House race in the metro suburbs.

Wright said votes for their candidates — no matter how specious — will help persuade Republicans that a majority of voters in their districts want legalization.

In any case, he said, he has little sympathy should Democrats lose the election because of cannabis spoilers: “The establishment are rotten on both sides.” 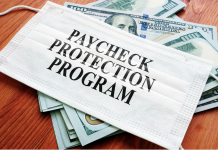 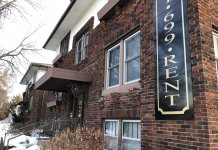 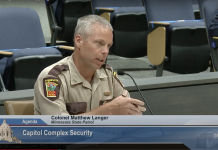 As we work for justice in Minnesota, consider Israel’s grim crossroads