When Lonnie McQuirter saw a video of a tanker truck driving through protestors on 35W Sunday, he recognized it as the one that had just delivered to his south Minneapolis gas station.

“Immediately, my heart sank,” said McQuirter, whose service station is something of a south Minneapolis institution.

McQuirter wanted to make sure he had enough gas at his 36th and Lyndale BP station Sunday afternoon so people could get home before the Minneapolis curfew in place to restore order since widespread arson and looting broke out after the death of George Floyd. He requested a second delivery and made sure the driver, Bogdan Vechirko of Otsego, got into the station’s tight parking lot safely.

“The last words I told to him was, ‘Get home safe, get home safe to your family,’” McQuirter said.

The tanker was empty when Vechirko, 35, drove it through the crowd, Minnesota’s Department of Public Safety Commissioner John Harrington said at a Monday news conference. Remarkably, the incident seems to have resulted in no injuries.

“We don’t have any information that makes this seem like this was an intentional act,” Harrington said. “It wasn’t that he went around the barricades to get to the protest.

Harrington said the tanker was on I-35W before the Minnesota Department of Transportation had time to erect barricades.

“These people suck. The driver just left my store doing me, a black business owner a favor. You should be ashamed of yourselves. Stay away from @36Lyndale,” he wrote, including a video of protestors throwing things at the tanker.

These people suck. The driver just left my store doing me, a black business owner a favor. You should be ashamed of yourselves. Stay away from @36Lyndale https://t.co/GSGvQdCgoF

McQuirter described Vechirko to the Reformer as “quiet, courteous and easy going.” He said he had reached out to Vechirko but had not heard from him as of Monday evening.

McQuirter said authorities he’s spoken to expressed concern for his business, both because it’s black-owned and because he stood up for Vechirko, who is white.

“I guess I’ve really upset both ends of the spectrum here,” he said.

McQuirter voiced frustration with initial reporting on the incident, which he said painted Vechirko as a “terrorist” barreling through protestors with thousands of gallons of gas, neither of which turned out to be true.

McQuirter said Vechirko has been delivering gas to his station for some time. He said he’d seen Vechirko act professionally in situations where customers gave him a hard time and spoke highly of Kenan Advantage Group, where Vechirko is an independent contractor.

On Monday evening, McQuirter and a small group of supporters sat watch outside the gas station, its driveways barricaded and windows boarded up. Earlier in the day, local artists painted a mural on the plywood covering a car wash door: bright flowers underneath black text that read “This is our city.”

There’s a BP gas station at 36th/Lyndale that’s owned by Lonnie McQuirter; a few nights ago, he noticed people were hanging out, guarding the boarded up station. That’s community, he says, adding it reminded him of his friend, Tyrone Williams, a prominent activist who was slain. pic.twitter.com/9xfW1VW1nI

He said he was exhausted after several nights of keeping watch but felt a responsibility to make sure surrounding businesses weren’t damaged or people hurt by an explosion.

“Beneath our feet here are tens of thousands of gallons of very hazardous, combustible material, and it’s my job to make sure this is only moved safely,” he said.

McQuirter’s store, 36Lyn Refuel Station, is known in south Minneapolis for selling a range of quality foods not normally found at a gas station, including freshly-brewed Peace Coffee and other local offerings. He said his clientele are people from a wide variety of backgrounds and that serving them takes empathy and good communication.

Now, McQuirter said he fears his gas deliveries could be interrupted given recent events.

“It’s probably going to be quite a while before anyone is able to get gasoline in Minneapolis from this company, and others will probably follow suit,” he said.

Update: The driver, Bogdan Vechirko, has been released without charges. 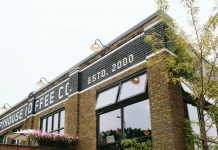 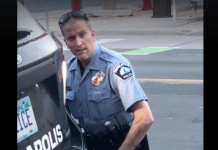 Tanker truck’s last delivery before near miss was to a Black owned south side gas station, whose owner is sticking up for the driver

ABOUT US
The Minnesota Reformer is an independent, nonprofit news organization dedicated to keeping Minnesotans informed and unearthing stories other outlets can’t or won’t tell. We’re in the halls of government tracking what elected officials are up to — and monitoring the powerful forces trying to influence them. But we’re also on the streets, at the bars and parks, on farms and in warehouses, telling you stories of the people being affected by the actions of government and big business. And we’re free. No ads. No paywall.
Contact us: [email protected]areformer.com
FOLLOW US
© Minnesota Reformer 2020
Adjust Font Size
MORE STORIES