What could Minnetonka, Minn. and Loveland, Colo. possibly have in common? It’s neither ice fishing nor rodeos. It’s mail-in ballots.

In 2018, our respective congressional districts — Minnesota’s 3rd and Colorado’s 2nd — generated the highest voter turnout among the 435 districts in the country, with a 73% participation rate by eligible voters.

As proud community members and representatives of these districts, we have both seen how accessible, inclusive voting reforms can empower voters. Colorado and Minnesota have been at the forefront of inviting more citizens to participate in our democracy. Coloradans can mail in their ballots leading up to Election Day, and same-day registration and pre-registration for 16 and 17-year-olds are in place.

Minnesotans can vote early by mail up to 46 days in advance of Election Day and are also afforded same day registration and pre-registration for 17 year-olds. These simple and reasonable reforms to the electoral process have helped increase turnout by historic proportions.

Common-sense tools like pre-registration, automatic voter registration, early voting and voting by mail are vital for a healthy, engaged democracy. Such measures enjoy broad support among Americans of all political perspectives and were included in the House of Representatives first order of business in 2019 – H.R. 1, the For the People Act. The act is a bold democratic reform bill focused on making voting more accessible for everyone.

In light of the unprecedented crisis through which our country is now navigating, we cannot allow the tiresome partisan squabbling that left H.R. 1 languishing on Senate Majority Leader Mitch McConnell’s desk to risk the health of Americans who wish to vote this November. And that means all Americans; Democrats, Republicans, Libertarians, Independents and anyone who wishes to participate.

With over 80,000 Americans dead from COVID-19, more than 1.5 million having tested positive and many Americans living under stay-at-home orders and social distancing policies likely to remain in place for many more months, the 2020 election will be unlike any in living memory. That is why we must take immediate steps to ensure a safe and secure election this November, and the most logical solution is through the expanded use of mail ballots.

Utah, Oregon, Washington, Hawaii and Colorado, a mix of red, blue and purple states, currently conduct their elections entirely by mail, while 28 other states give voters the option to do so. Contrary to what some would like you to believe, voting by mail is neither partisan nor a risk for fraud.

Mail balloting has several advantages: it is cost-effective, convenient, ensures a paper trail, and increases turnout where it has been widely implemented.

Most importantly, it is the only way to ensure robust voter participation without risking the health and well-being of voters and election officials.

Conversely, Wisconsin’s primary election a few weeks ago was deemed by the Milwaukee Journal Sentinel as “the most undemocratic election in the state’s history.”

Which leaves us with two options: Do we want to be a nation that reduces the number of polling places and forces citizens to wait in long lines in early winter in the midst of a pandemic?

Or one that makes voting safer, fairer and more accessible during a national health emergency? We believe the answer is clear.

The pandemic has endangered our lives and livelihoods, but we still have time to prevent it from endangering our democracy. 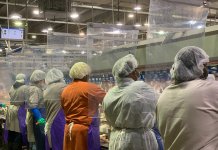 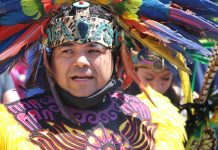 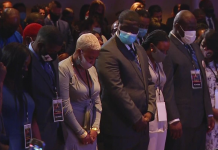