The Hennepin County Board is weighing buying hotels for several hundred people experiencing homelessness but delayed voting on the idea until May 19.

Buying a hotel would shift the county’s focus from a short-term response to the COVID-19 pandemic to one that could last as long as two years.

The move shows how some elected officials want to use the current crisis to seek longer term solutions to entrenched problems like homelessness.

“We’re looking for things to do that are innovative and lasting,” said Hennepin County Board Chair Marion Greene. “I like the idea that we’ll have an asset at the end of it … that feels more long-lasting than paying for hotel rooms night-by-night.”

Cities and counties across the country have leased hotels to provide quarantine and isolation space for homeless individuals, but few have bought them outright.

The county would make the purchase with some of the $220 million it will receive from the federal government through the Coronavirus Aid, Relief and Economic Security, or CARES Act.* The county could either sell the properties or continue to use them after the pandemic ends.

Since early March, the county has spent $3.3 million leasing hotel rooms for more than 750 homeless people who are most at risk of contracting COVID-19 and experiencing its worst effects, including seniors, those with underlying medical conditions and those staying in the two largest shelters in the county.

The Board unanimously approved the hotel spending in order to limit the risk of a COVID-19 outbreak in shelters, which could overwhelm hospitals by infecting people already more likely to suffer from chronic physical illnesses.

Hennepin County expects to spend $1.6 million a month to continue leasing five hotels, staffing them and providing meals to people living there.

County Administrator David Hough told the Board on Tuesday that if there is a second surge of COVID-19 cases in the fall — as suggested by a recent University of Minnesota report — the county could save money by buying the hotels instead of leasing. Hough also noted the coronavirus has greatly hurt the hotel industry, making some owners eager to sell.

“This isn’t ending anytime soon,” Hough told the Board.

The property would be the only affordable housing directly owned by the county despite it being the largest funder of shelter space in the county, providing about $33 million per year to non-profit shelters and services for homeless residents.

Commissioner Jan Callison raised concerns about the lack of details, like how much it would cost, how many rooms they would get from the purchase and what they would do with the property after the pandemic ends.

“There’s just no detail,” Callison said. “And there’s no detail, I think, in part because it’s easy to use this emergency to ignore process. But you really need the process to make sure you make good decisions.”

On that objection, the Board agreed to postpone a vote on the resolution until its next meeting on May 19.

Commissioner Angela Conley voiced support for the proposal, pointing to the homeless encampment with more than 70 tents in her district along Hiawatha Avenue.

“As we’re seeing in congregate care settings, one instance of a positive test could just run rampant throughout the encampment,” Conley said. “The need for alternative spaces and to get people out of those places that are unfit for habitation is a number one priority.”

Before the pandemic, hundreds of people in Hennepin county slept outside every night because of a lack of affordable housing and shelter. That problem has only been exacerbated by the arrival of COVID-19 as shelters limit their capacity to allow for greater social distancing and people avoid shelters for fear of contracting the virus.

The number of confirmed cases of COVID-19 among the homeless population has risen steadily since the beginning of April, with more than three dozen confirmed cases in Hennepin County alone and seven other cases across the state.

In addition to hotel space for homeless residents, the county will spend $15 million on emergency rental assistance for low-income Minnesotans who have been affected by COVID-19.

Closed for the pandemic, opening during George Floyd protests 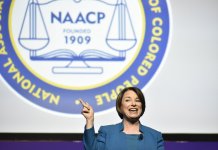