Editor’s note: This story is the second in an occasional series looking at Minnesota companies’ lobbying presence in Washington.

WASHINGTON — By March 11, public concern over the coronavirus pandemic had escalated dramatically in the United States.

The NBA canceled its season. Actor Tom Hanks announced that he and his wife had tested positive for the virus in Australia. The NCAA said its basketball tournaments wouldn’t have spectators. The World Health Organization declared a global pandemic.

Former GOP Senate staffers Hazen Marshall and Monica Popp were hired to lobby on “legislative and regulatory issues related to manufacturing of respirators and liability protection during health emergencies,” among other issues, according to a lobbying registration form they filed later that month.

They’re not the only new lobbyists 3M signed on as the outbreak intensified and as the industrial conglomerate publicly fought with President Donald Trump over the production and distribution of personal protective equipment (PPE) as U.S. health care workers faced equipment shortages.

The disclosure form, filed on April 16, said the two lobbyists had been hired on March 2 to lobby on “issues related to the manufacturing and liability of personal protection equipment.”

3M also hired Patrick Robertson of Confluence Government Relations, a former aide to Sen. Jay Rockefeller (D-W.Va.), on February 24 to lobby on issues “related to manufacturing of respirators and liability protection during health emergencies,” according to the lobbying registration filed on April 6.

And the company reported that its in-house lobbyists and other hired firms had also lobbied on issues pertaining to PPE and coronavirus response issues during the first quarter of this year.

The new filings aren’t surprising, given the scale of the economic disaster and the scope of federal intervention as lawmakers have poured nearly $3 trillion into coronavirus relief packages. Industries including energy companies, health care firms and airlines were all among the many that filed new lobbying registrations listing COVID-19, according to a review of recent reports.

“As a general rule, a crisis begets opportunities for a lot of folks on K Street,” said Jim Manley, a former aide to Reid.

3M already had a significant lobbying presence in Washington. The company reported spending more than $6 million on federal advocacy efforts in 2019 — the most it has spent on federal lobbying since at least 1998, according to the Center for Responsive Politics. The chemical manufacturing company has made headlines in recent years for its lobbying on toxic chemicals known as PFAS.

Craig Holman, a government affairs lobbyist at the advocacy group Public Citizen, said 3M’s recent hires are an example of the “revolving door” phenomenon in Washington, “in which special interests and businesses hire those who came from government service or who have close ties to those in power to represent their interests.”

In 3M’s case, he said, “hiring representatives with close ties to Majority Leader McConnell and Joe Biden, potentially the next president, is all part of this influence-peddling game. It is a game that is so expensive that only the wealthiest business interests can play. As such, it is an influence-peddling game that stacks the deck in favor of those who can afford it.”

3M did not respond to requests for comment about its new lobbying registrations.

Here’s a look at 3M and its recent lobbying activity:

Here are the people registered to lobby for 3M, according to data from the Center for Responsive Politics and the congressional database Legistorm:

Here are the top 10 federal recipients of campaign cash this election cycle from 3M’s political action committee or company employees giving $200 or more, according to the Center for Responsive Politics:

The party split of federal recipients of campaign cash from 3M’s political action committee or company employees giving $200 or more, according to the Center for Responsive Politics: 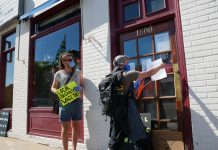 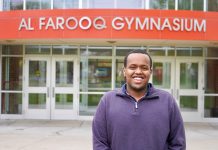 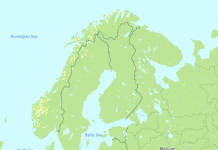