Minnesota State University Moorhead will cut 10% of jobs over the next two years in the face of a $6 million budget shortfall, the university announced earlier this month.

The university’s proposed 2022 budget eliminates 66 of its 632 full-time positions, the majority of them faculty jobs, as well as 10 academic majors. Although the COVID-19 pandemic has created additional challenges for the school, the projected budget gap is “not a direct result of the state’s stay-at-home order,” according to a university press release.

The announcement comes as Minnesota’s higher education institutions scramble to adjust to the new realities of teaching during the COVID-19 pandemic — and to cover millions of dollars in unexpected costs and losses.

Minnesota State system officials told legislators Tuesday that they will lose between $35 million and $40 million this spring alone from canceled travel, changes to instruction and refunds to students for unused housing fees. If enrollment declines 5% to 20% next year as officials fear, the system could lose up to $194 million in revenue, nearly 10% of its total budget.

Under Moorhead’s budget proposal, three administrative positions, 43 faculty positions and 20.5 staff positions will be eliminated. Of the 66 full-time positions, 12 are already vacant and wouldn’t be filled, according to the press release.

In hopes of reducing the number of layoffs, the school will also offer early retirement incentives to some faculty and staff.

About 175 students are enrolled in the majors the school plans to drop, which include advertising, American multicultural studies, school psychology and theater arts. These students will be able to complete their degrees, the university says.. 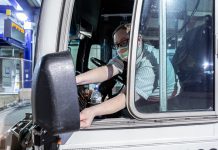 Without help from the Legislature or Congress, Metro Transit is in trouble 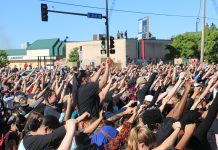