WASHINGTON — Minnesota Attorney General Keith Ellison and 20 other attorneys general from across the country are pressing the Trump administration to freeze pending regulations so officials can focus on the response to the COVID-19 pandemic.

The attorneys general sent a letter Tuesday to the White House Office of Management and Budget requesting that the administration cease other regulations and focus only on those related to the pandemic.

“The need to prioritize regulations responsive to the COVID-19 pandemic should be self-evident,” the letter states.

The move for a regulatory freeze comes as President Donald Trump pushes to overhaul some significant federal regulations. For instance, the Trump administration finalized new rules Tuesday that will markedly weaken fuel-efficiency standards over the next six years, a rollback of a major Obama-era climate policy.

The new auto emissions standards are just one of the regulatory rollbacks in the works that analysts expected to see this spring.

Other pending regulatory proposals include a rule that would relax standards on mercury emissions; a plan that would limit the scientific studies used to underpin U.S. EPA rules; restrictions on food stamps under the Supplemental Nutrition Assistance Program; and, a controversial change to how sexual assault charges are handled at schools.

In the past three weeks, the EPA has finalized at least three other regulatory rollbacks, according to tracking from the Brookings Institution. EPA streamlined pre-construction air quality approvals in tribal areas. The agency also revised Clean Air Act requirements for refrigerants. And EPA instituted a temporary policy suspending enforcement of some environmental rules in response to COVID-19.

‘Daily life … has been upended’

But the attorneys general said responding to these proposals and implementing final rules is increasingly difficult as communities focuse on the pandemic.

“While the federal government is mobilizing, state and local governments across the country have been wholly dedicated to responding to the emergency and combating the spread of this deadly virus, and daily life in our communities has been upended by the need to maintain social distancing,” the letter states.

For regulations that are not related to the virus, the AGs asked the government to extend comment periods and reopen those that had already closed.

They join a growing chorus of officials and advocates asking the government to pause some regulations.  The Independent Community Banking Association sent a letter to federal agencies Monday asking them to delay all non-COVID-19 related financial rules by at least 180 days.

The group, which represents small community banks across the country, said the virus and its mitigation efforts are taking a toll on its members. They specifically asked federal regulators to freeze six different financial rules, half of which have public comment deadlines in the next two weeks.

Earlier in March, Sen. Sherrod Brown (D-Ohio), the top Democrat on the Senate Banking Committee, said comment periods closing after March 1 should be suspended or extended.

And a  group of 170 public interest, labor and environmental organizations also asked the White House to slow down the regulatory process. The groups — including Public Citizen, Center for American Progress, Center for Progressive Reform, Southern Poverty Law Center, and Amnesty International USA — sent a letter to the White House OMB in March asking to hold the public comment period open for non-emergency rules.

‘One area they are not shutting down’

The federal government has altered some operations in response to the unprecedented challenge of the COVID-19 virus.

Federal workers have been instructed to work from home, if possible. Agencies have lengthened some deadlines. EPA has waived some of its environmental reviews. But much of the agency’s work on new regulations goes on.

“I think it is becoming more and more conspicuous that this administration is basically shutting a lot of agency actions and work down, but the one area they are not shutting down at all is where there is a deregulatory impact,” said Amit Narang, regulatory policy advocate for Public Citizen.

The new auto emissions standards that the Trump administration finalized this week roll back what had been a major climate policy for the Obama administration. The Obama rules sought to make noticeable cuts to emissions from the transportation sector, the largest source of climate-warming greenhouse gases in the United States.

The Trump rule will increase stringency of carbon dioxide emissions standards for automakers by 1.5 percent per year through vehicle model year 2026. That’s weaker than Obama’s standards, which required a 5 percent annual increase over that time. The Trump team said those rules would be too expensive for automakers and consumers.

Wheeler said the new rules would “strike the right regulatory balance that protects our environment, and sets reasonable targets for the auto industry.”

Consumer watchdog organizations and environmental groups say the standards will lead to more polluted air and cost consumers more in the long run at the gas pump.

“It is wildly inappropriate to do this stuff now; there is a sense of attacking the public safeguards while people are distracted,” said James Goodwin, who tracks regulations for the Center for Progressive Reform.

Goodwin said the EPA rules are particularly problematic because of the missed opportunity to reduce air pollution, which would be a societal benefit as society grapples with widespread respiratory illness.

“One of the most important things we can be doing right now is reducing our air pollution. It is up there with building ventilators,” Goodwin said. “But what you see the administration doing right now is quite the opposite. These rollbacks make pollution worse.”

To put these rulemakings out “is functionally equivalent to rounding up spare ventilators and dumping them in the ocean,” he added.

Trump took office with a promise to undo much of what President Barack Obama had put in place. The administration is pushing to get many of these regulations in place by mid-May, to make it harder to reverse the rules if Democrats gain more control after the 2020 election.

A 1996 law called the Congressional Review Act allows Congress to overturn recently completed regulations from the executive branch. Under the act, lawmakers can review rules that have taken effect in the last 60 working days of the congressional calendar.

With a majority vote, they can pass a “joint resolution of disapproval” to nullify a rule and prohibit the federal government from issuing a “substantially similar” one in the future.

Republicans broadly used the Congressional Review Act in 2017, wiping out 16 Obama-era rules on issues from labor and finance to surface-mining, according to an analysis from the Center for Progressive Reform. Before then, Congress had only used it to eliminate one rule: a regulation on ergonomics from President Bill Clinton that was thrown out after President George W. Bush took office. 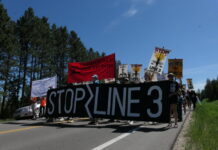 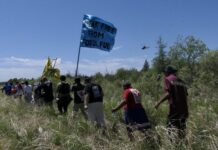