More than 150,000 Minnesota households don’t have access to high-speed broadband internet, a longstanding disparity that experts say is even more troubling now that residents are asked to stay home from work and school.

Temporary fixes like public hotspots and free internet service from certain providers during the COVID-19 outbreak have helped some Minnesotans get online, but many are still without a reliable connection, said Nathan Zacharias, lobbyist for the Minnesota Rural Broadband Coalition. With all K-12 schools and some jobs now online-only, some people are forced to do their work in parking lots near buildings with public wifi, he said.

The percentage of Minnesota households without access to wired broadband that meets the Federal Communications Commission’s minimum speed threshold dropped by half in the past five years, from 15% in 2015 to roughly 7% in 2019, according to the Minnesota Office of Broadband Development. But in rural Minnesota, about 17% of households still lack access, Zacharias said.

When they have access, people in rural areas often overpay for service. Residents in low-income neighborhoods and rural areas tend to pay about the same as those in wealthy or urban areas but get slower speeds, according to a Wall Street Journal analysis of thousands of broadband bills.

Broadband availability varies widely across the state. In nine counties — including Hennepin, Ramsey and Red Lake — more than 99% of households have access, while fewer than 60% of households in Marshall, Lake of the Woods, Fillmore, Pine and Lincoln counties have access.

Carrie Henning-Smith, deputy director of the University of Minnesota Rural Health Research Center, said spotty access is especially concerning during the COVID-19 pandemic. Services that make it easier for people to stay at home — like ordering groceries or delivery from a restaurant — require an internet connection. So do platforms like Skype that many rely on to work from home and connect with friends and family from a distance.

“I think we’re going to have to think a lot more creatively in rural places about how to check on people, to ensure that people’s social and emotional needs are being met and that their essential daily needs are being met,” Henning-Smith said.

Nationwide, 29% of workers were able to work from home in 2018, according to the Bureau of Labor Statistics. Under Gov. Tim Walz’s stay at home order, which requires Minnesotans who don’t work in critical industries to work from home, about 20% of workers — nearly 630,900 — are classified as non-essential.

And with all Minnesota’s K-12 schools closed until at least May 4, the state’s 893,200 public school students depend on reliable internet for their virtual lessons.

To help more residents get online during the outbreak, some internet providers are offering free service, and some schools and businesses set up hotspots throughout their communities. But these are temporary fixes, not lasting solutions to the problem, Zacharias said.

By 2022, the state aims to make reliable internet available to all households and businesses. This will be especially challenging in greater Minnesota, where rocky landscapes and long distances between homes create physical barriers to laying cable in the ground, he said.

“This is an issue that has been in the front of people’s minds in rural Minnesota for quite a long time, and now that we’re seeing just how these networks — or lack thereof — are causing stress in people’s lives, I think that some people across the state are going to realize that and understand the problem,” Zacharias said. 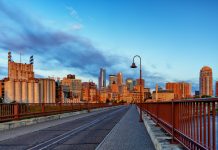 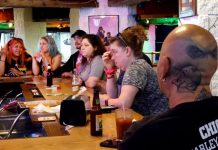