Abdi Mahamud looked all the part of a news anchor on a recent Saturday as he rehearsed his lines from a teleprompter in a St. Paul studio.

Mahamud is a Somali interpreter, and though he doesn’t have a background in media, he’s playing a key role providing accurate information about the COVID-19 pandemic while also combating the spread of dangerous disinformation on social media.

Mahamud and other host-linguists like him are doing simultaneous interpretation of TPT’s Almanac, the public television show that has recently dedicated more air time to the COVID-19 pandemic in Minnesota, which had 235 lab-confirmed cases and one death as of Monday.

For a recent Almanac episode about coronavirus, Mahamud appeared in the corner of the screen, with his interpretation playing over the audio of guests speaking in English; he also tapes segments on other health topics exclusively in Somali.

“It’s very challenging due to the language barrier and due to rumors that are spreading,” Mahamud said. He’s heard false claims that Somalis with lighter skin cannot be infected with the virus, for instance.

Whereas false rumors were once confined to word-of-mouth old wives’ tales, social media has the power to quickly amplify and spread false information, much like its own virus. Minnesota officials, who are urging people to wash their hands, adhere to social-distancing guidelines and report claims of phony cures, worry about the continued spread of the coronavirus if Minnesotans feel a false sense of security because of bad advice.

Gov. Tim Walz’s administration and state and local health officials are working overtime to communicate constantly-evolving information to the nearly 685,000 Minnesotans who speak a language other than English at home, according to Census estimates.

“That continues to be a real priority,” Minnesota Health Commissioner Jan Malcolm said on March 13 when Walz first declared a peacetime emergency. “We need to look at real time connection with translation services,” she said.

Malcolm acknowledged the challenge of reaching communities that don’t always rely on written or electronic media for information. “We have a ways to go to be able to get out to everywhere we need to get to,” she said.

Part of the challenge is the relentless and fast pace of developments, which includes the sharing tips on how to stay healthy and safe, as well as the daily tally of lab-confirmed COVID-19. Perhaps more consequential are the flurry of executive orders Walz has issued on a range of actions, including small-business assistance, the temporary closure of dine-in services at bars and restaurants, as well as expanded unemployment insurance for those laid off because of the pandemic.

Lillian McDonald coordinates the taping of TPT Almanac programs featuring Mahamud, as well as Spanish and Hmong host-linguists. McDonald also creates digital content about COVID-19 that can be easily distributed in different languages on social media, part of a contract inked with the state’s health department.

McDonald’s background is serving her well; she founded a nonprofit providing emergency preparedness information called Emergency Community Health and Outreach (ECHO), which merged with TPT in 2015. ECHO provides material on emergency preparedness for households in which English is spoken as a second language — like how to pack a winter survival kit for your home and car or what to do in case of a tornado.

COVID-19 is proving to be an entirely different challenge.

“We’re in this uncertain territory where public officials are telling you the truth and telling you, ‘We don’t know how long this is going to last,’ or ‘What we do know is this…’ and there’s a lot to learn on the fly,” she said. “That’s why it’s important we try to keep a steady stream of the truth coming out.”

The COVID-19 epidemic has also upended the programming of Spanish radio station, La Raza, which broadcasts on 95.7 FM, reaching a 35-square mile radius in the Twin Cities metro.

Armando Quintero, the station’s general manager, said news had previously been limited to two time slots during the day — 9 a.m. and 5 p.m.

But recently, the six-year-old radio station has had to regularly cut into its regular programming to offer real-time updates on the Walz administration’s efforts to curb the spread of coronavirus.

During a recent interview from the station’s Longfellow offices on Lake Street, Quintero recalled how the station handled the March 15 order by Walz to close Minnesota schools.

“The information came by email (from the governor’s office) and within minutes we were on air, sharing the news,” he said. The station’s bilingual staff quickly translates press releases, which arrive in English, and shares news on their social media pages.

Quintero, who has a long career working in radio in states like Texas, said La Raza is careful to report news from official sources only, like state government and school districts, some of which were already closing schools before the March 18 closure deadline set by the Walz administration.

Alberto Monserrate, CEO and co-founder of NewPublica, a Minneapolis public relations and marketing firm, said the same challenges that have hurt legacy media outlets — which have struggled amid a drop in print advertising revenue — have also afflicted Spanish-language media in the Twin Cities.

Monserrate said there was once about $4 million in advertising revenue spent on Twin Cities Latino media outlets, but that has dropped to less than $2 million now.

“Here you have a shrinking ability for Latino media to report while the community has grown,” he said. “As you look at the media landscape for this emergency situation, it’s grim.”

Digital outlets have sprouted to help fill the void.

State Sen. Melisa Franzen, DFL-Edina, is president and co-founder of NewPublica and has begun hosting a YouTube channel called Café Libre, a Spanish-language program that recently taped a special dedicated to COVID-19. Franzen, who grew up in Puerto Rico, is a native Spanish speaker and is one of the few Latinas serving in the Minnesota Legislature.

The coronavirus special program by Café Libre offered resources for workers and businesses affected by the economic fallout of the pandemic, which also featured Monserrate and Oscar Rodriguez, general manager at Univision Minnesota, the Spanish-language broadcast outlet.

Mahamud, the TPT host-linguist whose day job is interpreting materials into Somali for a public health organization, said immigrant communities are more receptive to information if it is coming from people who look like them.

“I don’t know what it’s like for other communities,” he said, “But for the Somali community, when they see someone who is similar to them and delivers the message, it’s more trustworthy.” 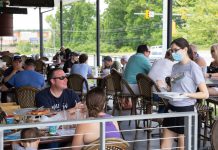 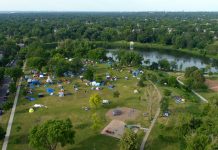