Minnesota’s hospitals are not prepared to handle the COVID-19 epidemic, according to data from the Harvard Global Health Institute.

Although the state has identified just 60 confirmed cases of COVID-19 as of Tuesday, far more people will fall ill in the coming months, experts believe. The number of people requiring hospitalization here could drastically exceed the number of available hospital beds in the state, according to the Harvard analysis — even under the researchers’ most conservative projections of the virus’ effects.

The analysis underscores the importance of “flattening the curve” — or slowing the spread of the virus so health systems aren’t overwhelmed by patients. The state has about 12,000 hospital beds and could need as many as 35,000 in the next six months, according to the Harvard projections. In a moderate scenario where 40% of Minnesotans fall ill, more than 350,000 people — 8% of the state’s population — will require hospitalization. Roughly 75,000 will need ICU treatment.

Whether these cases are spread across six, 12 or 18 months will have radically different effects on our health care systems. In the six-month scenario, the St. Paul region will need 810% of its existing available hospital beds to meet COVID-19 patients’ needs, assuming hospitals’ typical caseload remains the same. If the cases occur over 18 months, they will still far exceed the regions’ capacity, but by a smaller proportion, requiring 260% of available beds.

The Harvard researchers found that hospital capacities vary widely by region across the United States. A minority of communities, like Minot, North Dakota, should have enough hospital beds to treat COVID-19 patients over the next year. Urban areas are more likely to be stressed but may be better positioned to adjust to rising need by rearranging patients or making more beds available, according to a report from ProPublica, a nonprofit news site that collaborated with Harvard in releasing the analysis.

Hospitals could opt to limit elective surgeries and non-essential care to free up more beds, which would mitigate the effects of the influx of patients, the Harvard researchers noted. They could also fill beds that are not currently in use or set up temporary expansions. In cases where hospitals are at capacity during the pandemic, doctors have been forced to make life-or-death choices about care — as in Italy, where some doctors were instructed to treat only patients “deemed worthy of intensive care.”

In the researchers’ best-case scenario, where Americans keep the infection rate to about 20% with social distancing and where cases are spread across 18 months, the virus would still strain Minnesota’s health systems. In the Minneapolis region, patients would fill nearly every available hospital bed. They would exceed the St. Paul region’s capacity, requiring 132% of beds. Most regions would still need at least double or triple the number of available ICU beds to care for every COVID-19 patient.

The worst-case scenario, where 60% of Minnesotans — 2.5 million people — fall ill over the next six months, paints a frightening picture. The number of patients needing hospitalization would exceed available space by nearly 800% statewide. Minnesota would need a startling 1,600% more ICU beds to treat every patient who needed one.

Explore the charts below to see what the researchers’ models project in Minnesota. 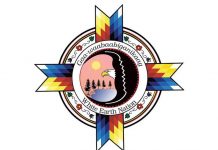