DFL Gov. Tim Walz on Sunday took his most drastic action yet to contain the spread of COVID-19, ordering the temporary closure of Minnesota public schools starting Wednesday, March 18 through Friday, March 27. Walz says school districts should use the time to plan a transition to distance learning for the foreseeable future.

“We cannot wait until the pandemic is in our schools to figure things out,” Walz said, explaining that his administration has been working throughout the weekend to plan for the massive disruption to Minnesota life.

The state counts more than 325 school districts, with nearly 2,100 schools and total statewide enrollment of more than 865,000 students. Walz said private and tribal schools are being urged to follow suit.

Under the executive order, schools are required to provide care for the elementary-age children of healthcare professionals, first responders and other emergency workers during previously planned school days to ensure these workers can keep working during the pandemic.

Though many details remain fluid — including logistics involved for the care of children of healthcare professionals, first responders and other emergency workers — Walz said the planning has been thorough.

“We have thought this through,” he said. “We have the most comprehensive plan of what school closing looks like than any other state in the nation.”

Scientists are still struggling to understand how the disease affects children, and how they transmit it. A rough hypothesis, according to reporting by Stat, is that children often do not suffer severe symptoms but are still transmitting at roughly the same rates as adults. Yale physician and social scientist Nicholas Christakis takes it as a given that children are transmitting the disease in a recent interview with Science and recommends school closures as a proven way to reduce the spread.

Ricker outlined the state’s still-developing plans, saying school districts have until Wednesday to plan for the temporary closure. She noted that some school districts have already closed and that giving districts two days to plan was necessary given the unprecedented action that will disproportionately affect low-income families.

“We are not accommodating for a couple snow days, we are planning for the potential for weeks of distance learning,” Ricker said.

Ricker said the governor expects schools to continue to pay all of their workers during the closure time and include them in their distance learning plans. For example, school nutrition staff could be asked to prepare meals for students and bus drivers could deliver them.

The state’s response to the COVID-19 epidemic laid bare that some workers will be on the front lines of combating the spread of the disease, including childcare workers, bus drivers and cashiers.

Grove, the head of the Minnesota Department of Employment and Economic Development, said the executive order does not apply to childcare centers. Grove said his department is urging Minnesota lawmakers to consider ways they can offer financial relief, like partial wage replacement, for affected families.

The Walz administration is calling on employers to be considerate of parents who now have to scramble to find childcare accommodations, as well as encouraging employers to shift into telecommuting, as was urged on Friday.

Walz said that in the past two days, he has spoken with “countless” education leaders, parents and his predecessors, former governors Tim Pawlenty and Mark Dayton.

“We are deeply conscious that a decision to close school can have a disproportionate impact on certain communities,” he said. 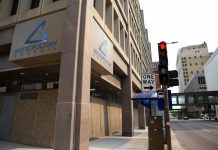