Home COVID-19 What are the governor’s emergency powers? Can he really tell us not...
Facebook
Twitter
Email
Print 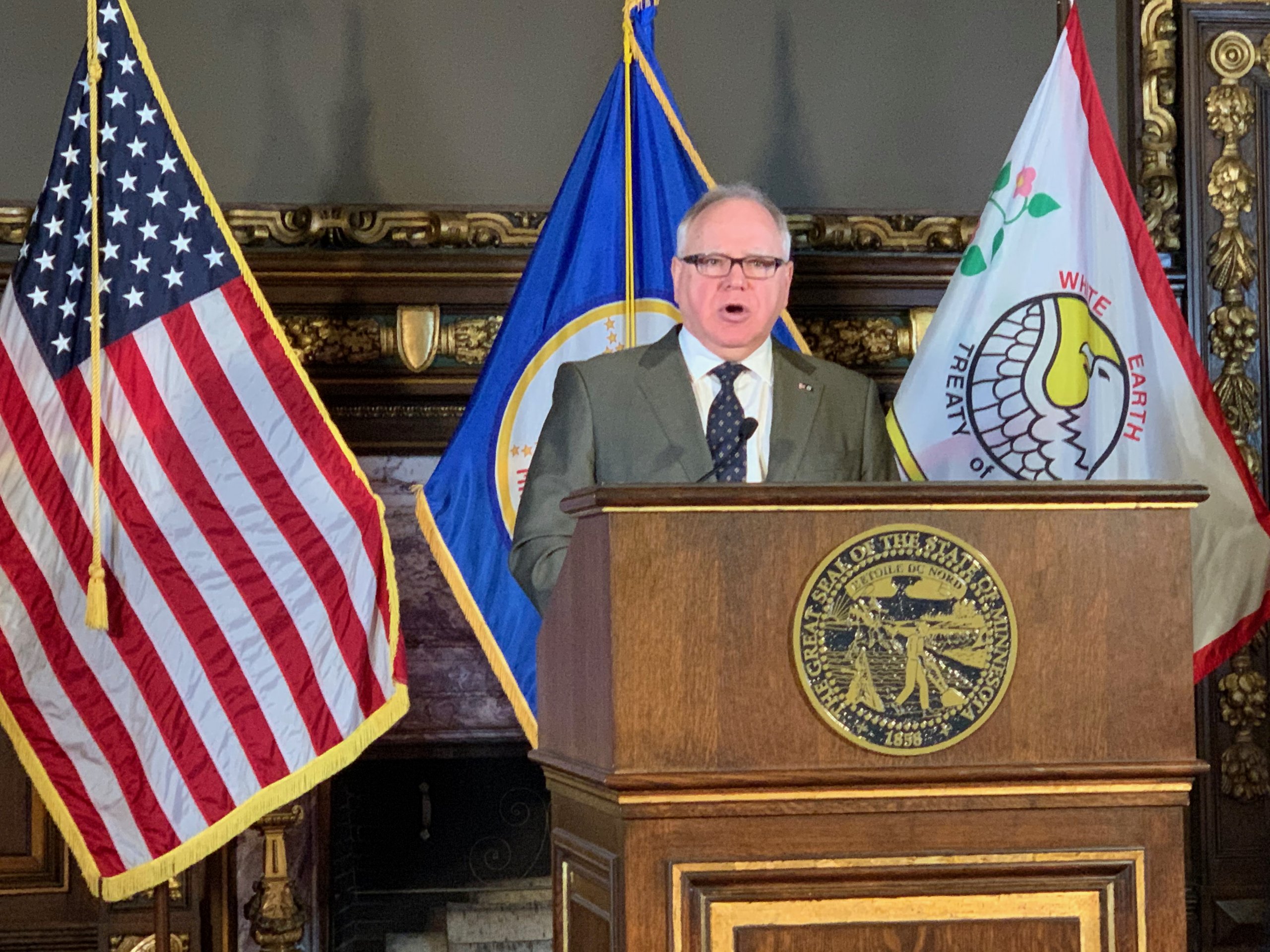 Minnesota may soon be entering slippery constitutional ground if and when Gov. Tim Walz follows the lead of Washington Gov. Jay Inslee and forbids large gatherings to help prevent the spread of COVID-19, the disease caused by a new coronavirus.

If Walz declares a peacetime emergency, as he is expected to, statutes give him significant powers to deal with the crisis, including quarantining sick patients, redirecting state resources, ordering state employees to work weekends and mustering local government resources to help with the state response.

A spokesman for Walz said Wednesday that counsel has advised the administration that the first-term DFL governor has legal authority to declare a state of emergency because COVID-19 is considered a natural disaster. He has not yet done so, however.

But the law does not give him the authority to ban people from assembling, according to two former counsels to DFL Gov. Mark Dayton.

“The constitution gives the right of the people to peaceably assemble,” said Peter Wattson, who was a longtime state Senate counsel before he became Dayton’s first counsel.

Wattson is referring to the First Amendment of the United States Constitution, famous for its freedom of speech, religion and press, but also forbids Congress from abridging “the right of the people peaceably to assemble.”

“We know how to do the quarantining. But controlling people who are not showing symptoms? I don’t know that we’ve done that before,” Wattson said.

Rep. Pat Garofalo, R-Farmington, who already postponed a planned town hall in his district, told the Reformer Wednesday that the legal question of the governor’s authority is beside the point.

“If he gets up and requests that people who hold events of those size no longer hold them, my expectation would be that people honor that request,” he said.

Garofalo said he expects an order forbidding large gatherings like concerts and sporting events will happen. And, in the event, he said he would support the governor, adding that he doesn’t think additional legal authorization is needed.

“The leader of our state says he’s talked to the experts. They say it’s critical. He says, ‘I’m asking organizations to do this.’ I think that’s appropriate,” Garofalo said.

Wattson said an attorney mentor of his had a phrase for this kind of tacit agreement that is based in custom rather than law: “What’s a constitution between friends?”

The idea is that if no one objects, then it’s legal, no matter what the law actually says.

Epidemiologists and other public health experts say aggressive policies like curtailing large public gathering are a necessary corrective to contain the virus, which is spreading at an exponential rate.

Although radical steps to contain the epidemic like prohibiting free assembly may be new, a Minnesota governor’s use of emergency powers is not.

They have been used frequently in cases of floods and other natural disasters, but can even be invoked in less dire circumstances.

Walz declared a state of emergency this past July over a temporary fuel shortage, granting an exemption from commercial truckers’ hours of service rules to allow them to deliver fuel.

According to an archival search by the Minnesota Legislative Reference Library, lawmakers gave the governor emergency powers in 1943, though they expired in 1945. The attorney general ruled in 1946 that the governor had no power to issue an order freezing rents because his emergency powers had expired, the Star Tribune’s archives show.

In 1951, with the Soviet threat looming, the Legislature again gave the governor emergency powers, which comprise one of the key statutes of the governor’s authority.

The powers are significant.

The governor can “coordinate” mutual aid agreements among cities, meaning force Minneapolis to divert resources to St. Paul, for instance. He can buy equipment and delegate people and other resources without needing the Legislature to approve. He can cancel school, direct all movement by way of control of state roads, and temporarily suspend union work rules for state workers.

In the most extraordinary instance, the governor can “cooperate” with the president to shut off water mains, gas mains, electric power connections and the suspension of all other utility services. He can direct the “entrance or exit from any stricken or threatened public place,” including public meetings or gatherings. He can also control “the evacuation, reception, and sheltering of persons,” according to the statute.

Wattson said legislators clearly intended those extraordinary powers to be reserved for only those times when the governor is working with the president. Otherwise, they would not have spelled it out, he said.

The Legislature has limited these emergency powers in other ways, requiring the governor to inform legislative leaders. The powers only last five days unless extended to 30 days by the Executive Council, which is the governor, lieutenant governor, secretary of state, state auditor and attorney general. After 30 days, the powers lapse if both chambers of the Legislature vote to overturn them.*

Minnesotans have rights, too. They can refuse medical care. And a quarantine requires a court order.

Garofalo, the Republican lawmaker, said, “In the long run, we’re going to be fine. But in the short term, there’s going to be difficult choices,” referring to such measures as cancelling sporting and other public events. “But they’re for the right reasons,” he said.

Steven Levitsky and Daniel Ziblatt, two political scientists who study the fragility of democracies, argue that emergencies are the time when civil liberties are often most threatened.

In a 2019 New York Times commentary, they begin with a bracing premise: “Crises are a time-tested means of subverting democracy.”

*This post has been updated to clarify the Legislature’s role in the governor’s emergency powers.