Editors note: This story is the first in an occasional series looking at Minnesota companies’ lobbying presence in Washington.

WASHINGTON — The Minneapolis-based agriculture behemoth Cargill ranked as the largest private company in the United States for the 12th straight year in 2019, Forbes reported.

It also beefed up its lobbying spending in Washington. The company spent $1.4 million on lobbying in 2019 — the most it has reported spending since 2013, according to disclosure data compiled by the Center for Responsive Politics. 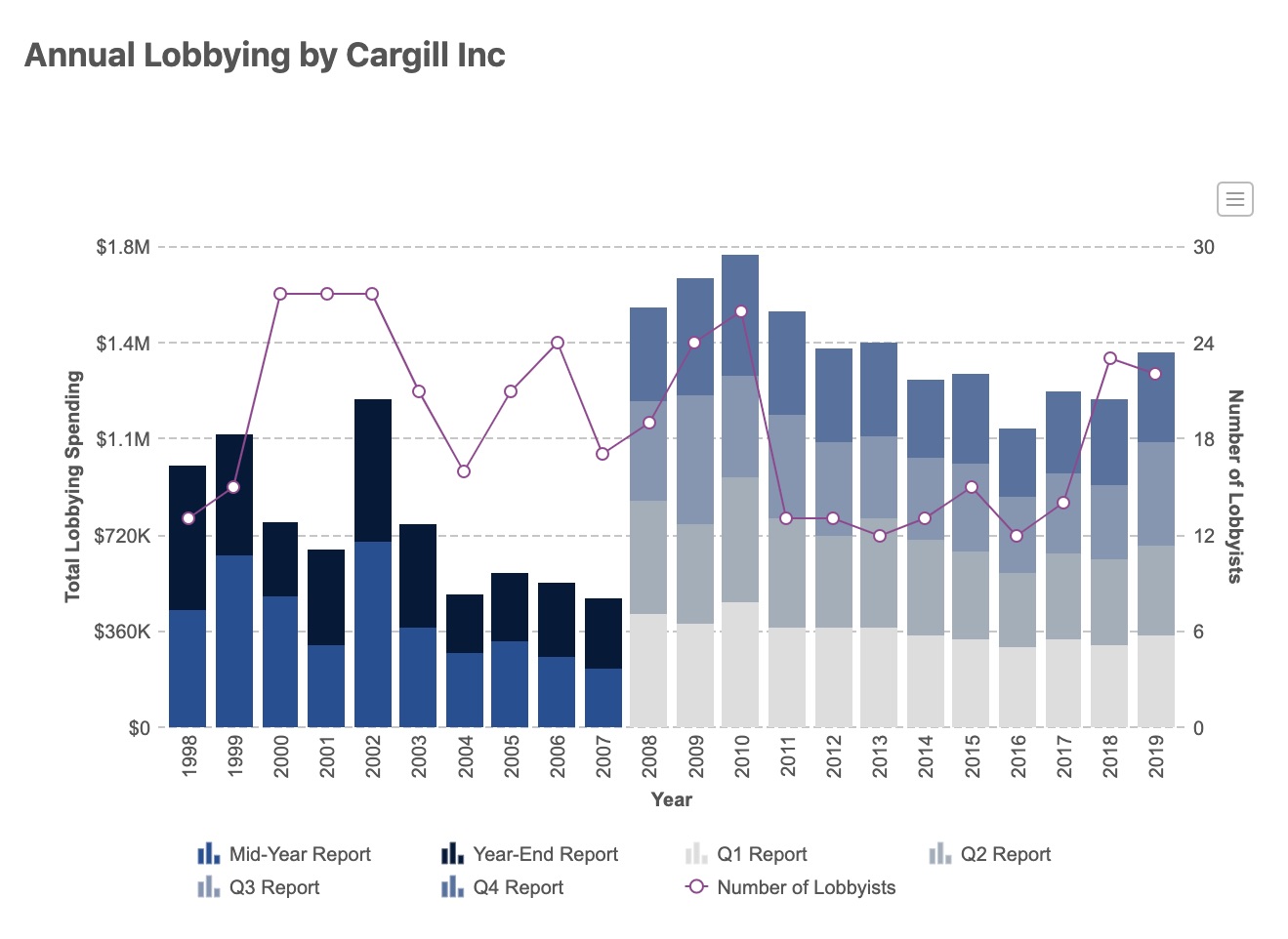 Chart by the Center for Responsive Politics.

Lobbyists from Cargill and from outside firms hired by the company attempted to sway members of Congress and the executive branch on everything from agriculture and trade policy to immigration and the environment, records show.

Ashley McKeon, Cargill’s director of federal government relations, told the Minnesota Reformer that the company’s top priorities in 2019 included trade agreements, implementation of tax reform legislation, sustainability and immigration reform. She noted that the company is also a member of major trade associations that also advocate for policies in Washington, including the U.S. Chamber of Commerce and the National Association of Manufacturers.

Here’s a look at Cargill and its lobbying activity in 2019:

Here are the people who lobbied the federal government for Cargill in 2019, according to data from the Center for Responsive Politics and lobbying disclosure forms:

Here are the top 15 federal recipients of campaign cash from Cargill’s political action committee or company employees giving $200 or more, according to the Center for Responsive Politics:

Here’s the party split of federal recipients of campaign cash from Cargill’s political action committee or company employees giving $200 or more, according to the Center for Responsive Politics:

Chart by the Center for Responsive Politics.

Governing amid an insurrection

Cargill spent $1.4M last year on lobbying in DC. Here’s where the money is going.