The threat of a teachers strike in Saint Paul beginning March 10 has shined a glaring light on an emerging crisis in schools both here and nationwide — untreated childhood mental illness.

The Saint Paul union says student mental health concerns are so urgent that they’re willing to walk out to push for more resources, citing the need for better support and unmanageable workloads that contribute to teacher burnout.

“Our students are coming to school with more and more trauma,” said Nick Faber, president of the Saint Paul Federation of Teachers, the union that represents more than 3,600 teachers and staff. “These are brilliant students that should be doing exceptionally well, and we need the supports to bring that brilliance out.”

But however pressing the need, Saint Paul Public Schools does not have the resources to meet it, district officials say.

Placing one counselor, psychologist, nurse and social worker in each building as the union proposes would would cost $27 million, according to the district, a difficult ask for a system that could already face a shortfall of nearly $10 million next school year.

Enrollment has declined by 2,000 students since the 2015-16 school year, and the district should get more money from the state, Superintendent Joe Gothard said in a statement. The district has offered pay increases in the new contract and to spend an additional $1 million for student support positions like nurses, counselors and social workers, he said.

The teachers’ concerns are backed by data. In a statewide 2019 survey, 23% of students reported long-term mental health, behavioral or emotional problems, up from 18% in 2016. Nearly one in 10 students in 11th grade reported that they had attempted suicide.

An analysis of school staff data shows the district’s behavioral health staffing levels don’t meet recommendations set by professional groups, which experts say can vary, depending on student need. Saint Paul is better off than many of the state’s largest school districts amid a nationwide shortage of mental health professionals.

Parent and education advocate Susan Montgomery said she struggled to find proper mental health care for her son in the five Minnesota school districts he has attended — including the three years he spent in Saint Paul.

Montgomery said school psychologists often weren’t available enough to meet the needs of her son, who has experienced trauma and had an individualized education program — a school plan created by educators and families for students with disabilities — on file with the district.

She took her son to outside appointments at least once per week during elementary and middle school, which she said was a disruption to his education and a burden for her as a single parent who, at times, was homeless and without reliable transportation.

Montgomery was also frustrated by teachers’ lack of knowledge about student mental health. She said many were surprised to learn that mental health issues could manifest in behaviors they perceived as disrespectful, like laughing at inappropriate times.

“I will go into the school and literally draw a picture — this is my son, this is what he’s been through, this is what helps him,” she said. “Most of them are pretty receptive. [They say], ‘I didn’t know what trauma looked like. Nobody told me about that.’”

Montgomery’s son is doing better now, but she said she worries about students whose parents can’t or won’t advocate for them in school.

Shariff tracks signs of her students’ well-being — noting changes as subtle as a child’s new lip-chewing habit, or someone leaving their hood up all day — and often uses her lunch and prep periods to meet with children she’s concerned about, calling a school counselor for severe cases.

Juggling so many roles is exhausting, Shariff said, and she resents that she doesn’t have more time to dedicate to all her students. Increasing access to mental health resources would help both students and teachers, she said.

“You can say that (taking on these roles) is part of your job, and you know you signed on for that — but nobody really understands that until they’re in this situation. That’s why we have so many people leaving the field within five years,” she said. “That’s not a sustainable system.”

The union voted to authorize a strike on Feb. 20, after the district and union didn’t reach a contract agreement following months of negotiations. In addition to the mental health proposal, the union has requested smaller caseloads for special education instructors and increased multilingual staff in the increasingly diverse district.

“Saint Paul educators do not take this decision lightly, but believe it is the only way to get the District to take our student-centered proposals seriously,” the union wrote in a statement announcing the March 10 strike date.

In his statement, Superintendent Gothard said that the district was “extremely disappointed” by the impending strike. He requested the union agree to additional mediation dates beyond three already scheduled sessions set for Feb. 28 and March 5 and 6. The district’s “focus remains on providing the very best education” for students, and officials are “doing everything possible to reach an agreement before a strike happens,” Gothard said in the statement.

The $27 million the district says it would cost to create the mental health teams would represent roughly 5% of the system’s total spending.

Faber, the union president, said the proposal to create mental health teams in each school would not only make care more accessible but also make resources consistent districtwide. Mental health staffing varies by building, meaning some students’ services are interrupted when they change schools, he said.

“They go to reach out to a social worker or counselor [at the new school], and that person either doesn’t exist or doesn’t have time, and they aren’t able to take the ball and run with it,” he said. “Then we find the student ending up right back where they were before.”

The vast majority of Saint Paul’s non-alternative elementary and secondary schools were assigned at least one behavioral health professional during the 2018-19 school year, according to  an analysis of data from the Minnesota Professional Educator Licensing and Standards Board. Roughly 80% had at least one full-time social worker, and 70% were assigned a full-time counselor. Fewer schools, just over 50%, had a full-time nurse.

Of the district’s 59 non-alternative elementary and secondary schools, just two  — Como Park Elementary and Riverview West School of Excellence — had at least one full-time counselor, nurse, psychologist and social worker. Nokomis Montessori North Campus and Randolph Heights Elementary were assigned no part-time or full-time staff for any of those positions.

Saint Paul schools’ 2018-19 staffing levels fell short of professional groups’ recommendations of one counselor for every 250 students and one psychologist for every 700 students but exceeded the ratio for social workers, with three social workers per 1,000 students that year.

Most of the state’s largest 20 school districts don’t meet those standards either. Minnesota as a whole has one of the nation’s worst counselor-to-student ratios, sparking calls from advocates for local and legislative action.

In 2007, the Legislature set aside funding to create partnerships between schools and behavioral health providers that allow clinicians to work with students on school grounds during the day. Roughly half of Minnesota’s schools — including about half of Saint Paul schools — participate in the program.

Still, there’s a “huge” need for mental health care providers for Minnesota’s youth, said Sue Abderholden, executive director of NAMI Minnesota, a mental health advocacy group. Outside providers like those in school-linked programs play an important role for students with the most acute need for services, but school staff are key for the larger group of students who would benefit from less-intensive care, she said.

Behavioral health teams, like those proposed by the Saint Paul teachers union, are the most effective way to address student mental health, said Olga Price, director of the George Washington University Center for Health and Health Care in Schools.

“Having multidisciplinary teams that are working together collaboratively and thinking holistically about the child’s needs is really what is likely to advance a child’s well-being, their ability to attend and take advantage of educational opportunities, and to thrive,” Price said.

Mental health issues are often too complex for one professional to manage alone and benefit from a range of perspectives, she said. For example, teachers are best equipped to track individual students’ progress day by day, while nurses can monitor school-wide health patterns.

But simply establishing these teams doesn’t guarantee they’ll be effective. “There are conditions that need to be met so that the teams can work more effectively, but when they do, they really are much more successful at utilizing the limited resources that, often, schools are struggling with,” Price said. 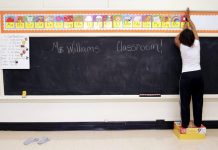 Minnesota will be recovering from COVID-19 for years