A bill is making its way through the Minnesota Senate that revokes pollution regulators’ authority to update auto emissions standards.

The Walz proposal would reduce annual climate pollution in Minnesota by up to 2 million tons; help clean up our air; improve our health; increase vehicle choice; and help all Minnesotans be part of a clean energy future.

Senators fighting the clean car standards last week assert that requiring automakers to make more high mileage and electric vehicles available to consumers would be harmful to rural Minnesota. But these lawmakers do not speak for the many rural Minnesotans who want the state to take action on climate pollution. And many of these same rural Minnesotans wonder why there are those who continue to stand in the way of action on what is both the biggest crisis and the biggest opportunity facing us today.

Here’s some of the reasons why rural Minnesotans want the clean car standards:

Long commutes. They’re an everyday reality for rural Minnesotans, and a study from the Union of Concerned Scientists found that those same long commutes are what provide rural residents the opportunity for the biggest savings from clean car standards.

Pete Kennedy, an engineer who lives in Murdock, lives this reality every day. He has a 70-mile round trip daily commute that he makes in his plug-in 2017 Chevy Volt. He wants Minnesota to adopt a clean cars standard: “It only makes sense to put the highest mileage vehicles where we drive the most miles — rural Minnesota,”  Kennedy said.

“The Volt is … not an expensive luxury car,” he said. “We bought it because it was affordable, and we needed a dependable car that gets us where we need to go at a very low cost.”

By adopting the clean car standards, Minnesota will jump start its buildout of electric vehicle charging infrastructure across the state, making it easier for Minnesotans like Kennedy to drive farther.

Rural Minnesotans want more vehicle choice.  In rural Minnesota people are frustrated by how hard it is to buy an electric car. Mark Peterson of New London is one of them. “I have no intention of buying a gas-powered car again,” he said. “When I go to buy my next electric vehicle the offerings in Minnesota will make it difficult. The Nissan dealer in Willmar does not carry the Leaf. There is clearly a demand for (electric vehicles) in Minnesota.”

Poor air quality. It’s killing thousands of Minnesotans each year,  including in rural Minnesota. This is an often-overlooked reason why MPCA needs to be able to set strong auto emission standards. A 2019 report from MPCA and the Minnesota Department of Health found that rates of death attributable to air pollution were actually  higher in rural areas than in cities. And particularly bad in southern Minnesota and along the state’s border with South Dakota.

“The best time to have taken action on energy issues would’ve been 30 years ago. The second-best time is right now.”

Who said it? Not Walz.

That’s Gov. Tim Pawlenty in 2007, when he signed Minnesota’s Next Generation Clean Energy Act into law.

That’s right, a Republican governor was urging swift action to address climate pollution 13  years ago. Fast forward to today and we’re looking at stalled progress. Especially in the transportation sector, which is the top emitter of climate pollution, and is the very reason Walz is pushing ahead on a clean car standard in the first place.

What happened? Why hasn’t the early bipartisan commitment to addressing climate pollution born better fruit? A look at the current senate majority’s recent actions gives an inkling of why.

We shouldn’t be pitted against each other because of geography.

Our neighbors across the state are never our enemy. The Senate majority’s  attempt to use  the Minnesota clean car standards as a wedge between people — rather than solving the problem — harms  us all.

Minnesotans know that by  embracing  clean energy technology  and  uniting  against the climate crisis,  we all come out ahead. We knew that  thirteen  years ago,  and  we  know it  today. 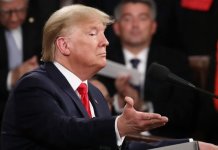 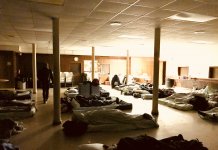 What We Know — and Don’t Know — About Possible Coronavirus...