President Donald Trump’s 2016 presidential campaign hit the mark with white, working-class voters in the Midwest. That’s how he won states like Ohio, Michigan and Wisconsin and nearly won Minnesota — these are all states with a high proportion of white voters without a college degree.

And looking ahead to November, Democrats should continue to fear losing touch with working class voters in these states.

As director of government affairs for the Carpenters Union, I heard a lot of post-mortems from the D.C. consultant class after 2016. They all had their theories about what went wrong in what is derisively known among some quarters on the coasts as “flyover country.”

For progressives, it was  another “What’s the Matter with Kansas?” moment. The perennial question followed: “How could these voters all be voting against their own economic self-interest?”

One of these types described Democrats going from one group to the next making promises about social issues. He emphasized the Democrats’ focus on abortion rights, civil rights, the environment, labor and other issues that stitched the liberal coalition together. In other words: check-the-box issues of interest groups rather than a coherent message that connects broadly with voters.

I also heard a distressing account of national Democrats conducting research and focus groups on white, working-class voters — as if they were some exotic species and not the very people he was talking to.

When I go to union meetings and talk to carpenters, some of the feedback I get about Democrats and all the politicians we consider supporting would not surprise you. What are they doing to help the decline of the middle class?

Why are so many candidates focused on issues that do not relate to jobs and pocketbook issues?

Why are labor unions relied on for campaign contributions and volunteers while their policy objectives are continually ignored?

Are they willing to work together and make hard decisions, including compromising or learning more about issues they don’t understand?

To be blunt, this is what a lot of our members think: National Democrats and our own DFL are not focused on issues that affect people’s lives.

Here’s what we’re focused on and what we want our elected officials to focus on: Jobs for our members; pathways into a career in the construction industry; strong support for apprenticeship standards; trade policies that are fair for working families; wage and hour rules that deter the underground economy, wage theft, tax fraud and labor trafficking that we see daily in the construction industry.

We do not conform to party politics. If you support projects with developers who exploit workers, disregard a prevailing wage or eliminate apprenticeship standards, we will not support you. And we will not elect leaders who do not represent our members’ best interests, including family benefits and a salary that reflects the hard work they do each day.

It’s actually not that complicated. I can’t speak for other trades people or all blue collar workers, but what’s true for carpenters is probably true for them, too. Just pay attention to the issues that matter for working people.

And remember: We will not settle for elected officials who have lost touch with constituents. 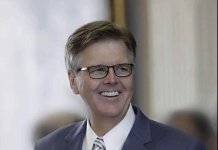 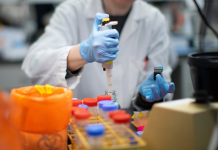 A nurse writes about the calm before the COVID-19 storm