Teachers across the United States are predominantly white, even as students of color make up a majority of those enrolled in public schools. Minnesota is no exception to this disparity: one in 20 teachers here are people of color, compared to one in three students.

Research shows teacher diversity has a bevy of benefits for students, from improved academic performance to increased interest in going to college. There has been little change in the racial makeup of the state’s teacher workforce despite a 10-point increase in students of color as proportion of the total student population.

Although the issue has failed to gain significant support at the state Legislature for the last several years, advocates are hopeful that policymakers will act before the 2020 session wraps up.

Here are five things to know about teacher diversity in Minnesota.

About 5% of Minnesota teachers were people of color during the 2018-19 school year, compared to roughly 34% of students, according to data from the Minnesota Professional Educator Licensing and Standards Board and Minnesota Department of Education.

Nearly half Minnesota’s public school districts didn’t employ any teachers of color. St. Paul Public Schools had the most diverse teaching force, although its staffing was still far from representative of its student body. Teachers of color represented about 20% of St. Paul Public Schools educators, and nearly 80% of the district’s students are nonwhite.

Minnesota isn’t alone in its struggle to recruit and retain teachers from diverse communities. Teacher and student demographics don’t match up in any state, and few have made significant progress in recent years. Minnesota was one of 11 states where teacher diversity stagnated or declined between 2014-15 and 2015-16, according to an analysis by the liberal-leaning think tank Center for American Progress.

The proportion of nonwhite teachers here increased from 3.6% during the 2009-10 school year to just over 5% in 2018-19, according to data from the Minnesota Professional Educator Licensing and Standards Board. Meanwhile, the percent of students who aren’t white has increased from 24% to 34% and will continue to grow.

3. The causes of the issue are complex, and no U.S. state has found a perfect solution yet.

Although educators and advocates across the country are working to make the teacher workforce more diverse, many districts have yet to see significant results.

Efforts to recruit and retain teachers of color need to be targeted and include accountability measures that ensure initiatives work, he said. He cited Twin Cities organization Black Men Teach as an example of an effective program that aims to increase the numbers of Black male teachers in specific schools by recruiting, coaching and training prospective educators.

Crosson would like to see changes to Minnesota’s teacher licensure system, which he said makes it difficult for less-experienced teachers — a larger share of whom are people of color — to get jobs or elevate their licensure status.

“It’s really frustrating because the message that teachers of color are getting is, ‘Yes, we need teacher diversity, but you have to [become a teacher] in the way that we’ve always been doing it that has systematically kept you out of the profession for over 100 years,’” he said.

Scroll through the cards below for a brief overview of some of the factors contributing to lagging teacher diversity and potential solutions.

4. Learning from teachers of color is critical for students of color.

Burgeoning research shows learning from teachers of color is linked to a number of benefits for students of color, from higher overall academic achievement to improved graduation rates. Experts cite increased teacher diversity as a key component of closing the achievement gap.

Students also benefit from seeing people who look like them in positions of authority, as well as from opportunities to connect with educators from similar backgrounds or cultures.

Plus, white teachers tend to have lower expectations for students of color than white students, according to a 2015 study. Teachers of color are more likely to hold students of color to high standards, a benefit that is especially pronounced for Black students taught by Black teachers.

5. Advocates in Minnesota are hoping the Legislature will take up the subject during this session.

Following several years of stymied legislative efforts, a coalition of educators and advocates are again aiming to pass a bill that they say would increase the proportion of teachers of color and Indigenous teachers in Minnesota schools.

The Increase Teachers of Color Act, introduced in the House this year by Rep. Mary Kunesh-Podein, DFL-Columbia Heights, would expand state grants for programs that recruit and train high school students and prospective teachers from nontraditional backgrounds, require districts to implement inclusive curriculum to improve school climate and create a state goal of increasing the percent of teachers of color and Indigenous teachers by two points each year.

A lengthy list of organizations signed onto the bill in 2019, including Education Minnesota, the Minnesota School Board Association, the Minnesota Council on Latino Affairs and the Minnesota Indian Affairs Council, according to a coalition that came together several years ago around teacher diversity and drafted the legislation.

Last year, the bill had bipartisan support but failed to gain traction in the Senate. Legislators allotted $1.5 million for a program aimed at retaining teachers of color — a far cry from the $80 million in funding advocates wanted. Still, those who support the bill are optimistic about its prospects during this legislative session.

“Minnesota has, in the last couple decades, had relatively small investment in relatively small programs, with modest results because we’re doing something, but it’s barely keeping us afloat,” said Paul Spies, head of the coalition’s legislative efforts. “It’s something that transcends political parties and geographic issues, and all students stand to benefit.” 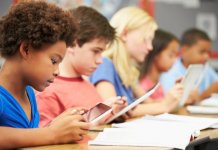 Some big shots want to amend the Minnesota constitution to prioritize schools. Can it work? 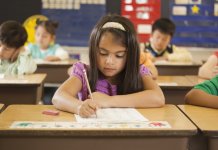 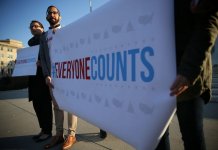