Home Civil Rights Refugees from 32 countries resettled in Minnesota in 2018. Where do they...
Facebook
Twitter
Email
Print

More than 800 refugees settled across 20 Minnesota counties in 2019 — continuing a sharply downward trend since the election of President Donald Trump, according to the most recent available data from Minnesota Department of Human Services.

Beltrami County made national headlines in January when it became the first county in the state to vote to bar refugees, although no refugees have settled there in at least the past five years. The vote came in response to a controversial executive order from President Donald Trump allowing states and localities to decide not to accept refugees arriving in the United States.

A federal judge temporarily blocked the order in January after three refugee resettlement agencies filed a lawsuit. By then, at least 20 Minnesota counties had voted to continue to accept refugees, according to the Minnesota Department of Human Services, including Hennepin and Ramsey County, where the vast majority of refugees who arrive in Minnesota settle. Between fiscal years 2015 and 2019, those two counties became home to more than two-thirds of the 8,128 refugees resettled here.

The total number of refugees arriving in Minnesota has dropped significantly in recent years as the U.S. accepts fewer people with refugee status. Refugee arrivals to the United States reached an all-time low in 2018 under the Trump administration’s decision to cap resettlement. Between 1979 and 2018, nearly 110,000 refugees settled in Minnesota, according to Minnesota Department of Health data.

To be considered for resettlement, a person must first be referred by the United Nations High Commissioner for Refugees, which considers refugees who are most vulnerable, like women, children, survivors of torture and those with medical needs.

The State Department and a few approved private agencies determine where approved refugees will live based on factors like housing, job opportunities and — most importantly — whether they have family already living in the U.S., according to Minnesota House Research. If refugees are assigned to Minnesota, one of six local agencies help them get settled here.

Refugees from 32 different countries arrived in Minnesota in 2018, according to the most recent available records from the Department of Health. Nearly 40% of them came from Burma, where thousands of Rohingya Muslims have been killed in military campaigns described by a high-ranking United Nations official in 2017 as “a textbook example of ethnic cleansing.

Burma, Somalia, Iraq, Bhutan and Ethiopia have been among the most common countries of origin for refugees who settle in Minnesota in recent years. Nearly half the refugees who arrived in Minnesota each year between 2014 and 2017 were from Somalia. 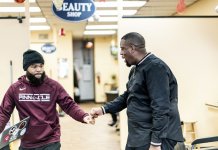