Nope, that’s not a thing.

(Good on whoever changed it.)

Today on the Reformer:

But the presidency is as much about luck as anything else, and Trump has been relatively lucky lately.

AP: The president entered the evening on a roll, with his impeachment acquittal imminent, his job approval numbers ticking upward and Wall Street looking strong. He struck a largely optimistic tone Tuesday night, though even in past moments when Trump has struck a tone of bipartisanship and cooperation, he has consistently returned to harsher rhetoric within days.

“America’s enemies are on the run, America’s fortunes are on the rise and America’s future is blazing bright,” Trump declared. “In just three short years, we have shattered the mentality of American decline and we have rejected the downsizing of America’s destiny. We are moving forward at a pace that was unimaginable just a short time ago, and we are never going back!”

The past three presidents looked relatively weak going into their reelections. Incumbents are hard to beat. He’s expected to be acquitted by the Senate today.

But events can change on a dime: Nearly 25,000 infected with coronavirus; Hyundai shutting down production in South Korea; oil industry said to be “in the doldrums”: The Times.

Rep. Dean Phillips brought GOP Brooklyn Park Mayor Jeff Lunde to the State of the Union, and the 3rd District Democrat and the bipartisan “problem solvers caucus” all wore purple ties to commemorate bipartisan comity. I bet Phillips’ was the nicest tie. Just a guess.

While much of the Minnesota political press corps was in Iowa, the state campaign finance filings came and went and no one was the wiser.

We got ya covered.

What did you see when you dug through those reports? Tell me: [email protected]

Walz will present the LeadingAge Caregiver of the Year Award at the RiverCentre; speak at the  grand opening of the Glen at Valley Creek, a new 42-unit development of affordable senior housing, Woodbury; and join legislative leaders to discuss the upcoming legislative session at the Senate building. 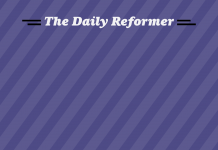