The recent decision by Beltrami County to no longer accept new refugee resettlement there was in some ways meaningless. Refugees have not been placed there in at least five years. Their ruling only affects efforts by groups like Catholic Charities and Lutheran Social Service to resettle refugees, but does not prevent refugees from moving to Beltrami on their own. Although we can guess how unlikely that is given the message the community has delivered.

And a federal court has already temporarily blocked President Donald Trump’s executive order requiring that refugee assistance agencies receive written permission from states and localities before placement, though the decision could be appealed.

More important than the practical effect in Beltrami, however, are the seeds of division and atavism that Trump has sown.

I’m not a fan of slippery slope arguments, but Trump’s executive order was like dumping cold water up on Cathedral Hill in the middle of winter.

It’s quite easy to get from something like this: “Our social service infrastructure can’t handle new refugees right now” — to something much darker.

What do I mean?

Let’s start with U.S. Rep. Tom Emmer, our own stalwart conservative from the 6th Congressional District, at a town hall in St. Cloud a few years ago, as detailed in a revealing episode of This American Life.

The residents are complaining to him about the influx of Somali immigrants, even though St. Cloud remained 90 percent white.

“What is it that you want from me?” Emmer asks.

The response comes from a woman named Sue he clearly knows and likes: “I think I speak for a lot of people. I think the city of St. Cloud needs a breather. And we need to assimilate with the people that are–

Sue: It’s a break on the influx for a period of time, so we could take a little breather.

Emmer: Here’s the thing, your last statement, though, ‘take a little breather.’ [Scattered applause] You guys, could you just hold on. Say it out loud. Are you suggesting that no more immigrants should be allowed to come to St. Cloud?

Sue: A moratorium for a short time.

Another woman shouts: For the whole United States!

And a man: The whole United States, yes.

Emmer is trying to explain that you can’t prevent people who are here legally from moving to your town.

But his constituents don’t want to hear it.

And it can get much darker than that.

The journalist Elliot Jaspin was tooling around with census data and discovered some unusual patterns in some counties, cities and towns in the South between Reconstruction and 1930. In hundreds of counties, 50 percent or more of the black population would vanish from one census to the next.

Some of this could be explained by “The Great Migration,” the movement of black Americans away from the Jim Crow South in search of freedom and job opportunities in the North. (The Warmth of Other Suns is a wonderful book about it.)

But then Jaspin looked at contemporaneous historical accounts, including newspaper stories and primary documents like property records. He discovered that in many cases, after a crime or a fable of a crime, or maybe some fear of economic competition from black residents, the white residents simply drove the blacks out of town.

For the majority of black property owners, their land was stolen.

What Jaspin is describing is racial cleansing.

You can read about this sordid history in Jaspin’s book, Buried in the Bitter Waters.

If you’re surprised by this history, don’t be. Monday was Holocaust Memorial Day, but that’s just one example of a grim and oft repeated human story of neighbors turning upon one another in acts of sudden cruelty, from Armenia to Cambodia to Rwanda, and that’s just the last century.

Civilization is more fragile than it appears. The blood dimmed tide can easily be loosed. 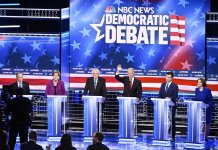 Daily Reformer: When Minnesota Nice is not so nice.